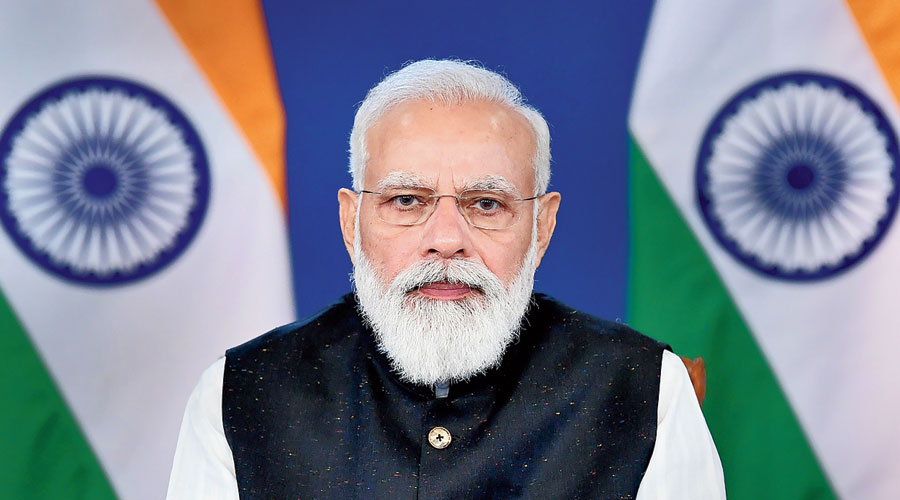 The committee will have representatives of the central government, state governments, farmers, agricultural scientists, and agricultural economists, Modi said as he also announced the decision to repeal the three farm laws.

Apart from repeal of the farm laws, a legal guarantee on MSP has been one of the major demands of the protesting farmer unions.

In his address to the nation in the morning, Modi said the government has decided to repeal the three farm laws, which were the trigger for protests by farmers for the last one year.

"Today only, we have taken one more important decision related to agriculture sector. We will set up a committee to promote zero budget farming or natural farming, to change crop pattern in the scientific manner as per the changing needs of the country and to make MSP more effective and transparent," he said.

The Prime Minister said that many initiatives have been taken for the farmers to get the right price for their produce in return for their hard work. The country has strengthened its rural market infrastructure.

By linking more than 1,000 mandis through e-NAM (electronic-National Agriculture Market), Modi said the government has given a platform for farmers to sell their produce anywhere. Alongside, it has spent crores of rupees on modernising the mandi infrastructure.

"We not only increased the MSP but also created a record number of government procurement centres. The procurement of the produce made by our government has broken the records of the last several decades," he said.

Agriculture Minister Narendra Singh Tomar said the committee will submit the report, which will be beneficial to the farming community.

He highlighted that the government had decided to fix the MSP at least 1.5 times higher than the cost of production.

Tomar said the Centre has started procurement of pulses, oilseeds and coarse cereals apart from wheat and paddy at MSP rates.

Food Corporation of India, the nodal agency for procurement and distribution of food grains, has procured record wheat and paddy crops at MSPs during the last marketing years of kharif and rabi seasons.

Presently, the government decides the MSP based on the recommendation of the expert body the Commission for Agricultural Costs & Prices (CACP).

The factors considered by the CACP for fixing MSPs include cost of production, domestic and international prices, demand-supply conditions, inter-crop price parity, terms of trade between agricultural and non-agricultural sectors.

The rabi crops for which MSP is announced are wheat, barley, gram, masur, rapeseeds & mustard, safflower and toria.

Besides, MSP is announced for copra, de-husked coconut, jute and Fair Remunerative Prices (FRP) for sugarcane.