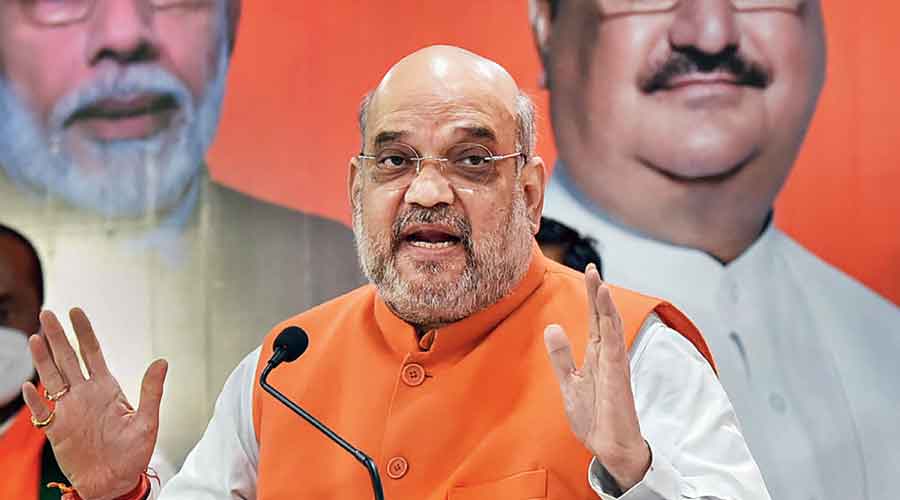 A fact-finding report released by the CPM on Wednesday on the communal violence in Delhi in February has held Union home minister Amit Shah responsible for the escalation of the violence and prejudicing the probe.

“The role of the home ministry under Mr Amit Shah was in substantial measure responsible for the escalation of the violence,” said the report, titled Communal Violence in North East Delhi, February 2020.

The report concluded that “it is incorrect to describe the communal violence as Delhi riots. ‘Riots’ describe a situation where both sides are equally participatory…. However, the offensive was from the Hindutva mobs while the other side, in the main, was desperately trying to save themselves from such attacks…. In almost all areas, there is video evidence of the police siding with the Hindutva mobs.”

The report said: “On March 11, 2020, Mr Shah informed Parliament that he had been in constant touch with top police officials in Delhi, monitoring the situation. The question is, why was curfew not imposed from February 24, when violence escalated? Why was the army not deployed? Even the additional deployment of Delhi police and Rapid Action Force personnel was not only grossly inadequate, but also extremely delayed.”

The report, steered by CPM politburo member Brinda Karat and state secretary K.M. Tewari, was undertaken to give context and explanations to the responses of 400 people interviewed by the party’s relief and rehabilitation solidarity committee.

The report breaks new ground by listing several specific instances of violence that go against the general narrative pushed by the police and highlights several identical FIRs and confessions cited by the police as well as complaints of torture.

Quoting a chargesheet filed in one of the cases — in which several students have been charged with terrorism for allegedly inciting riots by their protests against the new citizenship regime — the report shows that the number of personnel deployed during the riots from February 23 to 27 ranged from 1,393 to 4,756 in a district with a population of 26 lakh.

“Shah dismissed the well-documented speeches by BJP leaders that called for shooting traitors or alleging that members of the minority community will invade homes of Hindus to rape and kill.

“Then he went on to describe what he thought were the real hate speeches. He said that Congress leaders gave hate speeches on December 14, 2019, at a rally calling upon people to come out onto the streets because it was a do-or-die battle. With this, he not only sought to build the version that it was really the Opposition that incited violence, but more significantly, he blamed the minority community for the violence.”

In the Lok Sabha on March 11, Shah called the riots a “well-planned conspiracy” and praised the police for controlling the violence within 36 hours. The Congress and the CPM walked out during his speech.

The report describes attacks even on February 28, five days after the killings began.

PTI quoted West Delhi BJP MP Parvesh Verma as saying on January 28: “What happened in Kashmir with Kashmiri Pandits could happen in Delhi also. Lakhs of people gather at Shaheen Bagh, they could enter houses, rape and kill your sisters and daughters. The people need to decide now.”

The Election Commission of India barred Verma, Union minister Anurag Thakur and BJP candidate Kapil Mishra from campaigning for the Delhi Assembly polls for several days as punishment for incendiary and communal remarks.

Veteran police officer Julio Ribeiro had called the police inaction against the trio as “a licence to rant, rave and threaten those who are peacefully protesting perceived wrongs”. Police commissioner S.N. Shrivastava had defended the probe, saying that more complaints of minorities had been registered as FIRs than that of the other community.

Besides the speech of Mishra on February 23, the report highlights provocative sloganeering in Shivratri processions of February 21. It added that two Muslim boys were waylaid near the Maujpur-Babarpur Metro station on February 22.

The report slammed the Delhi government for delays and partial compensation, and sought an independent probe by a retired high court judge.