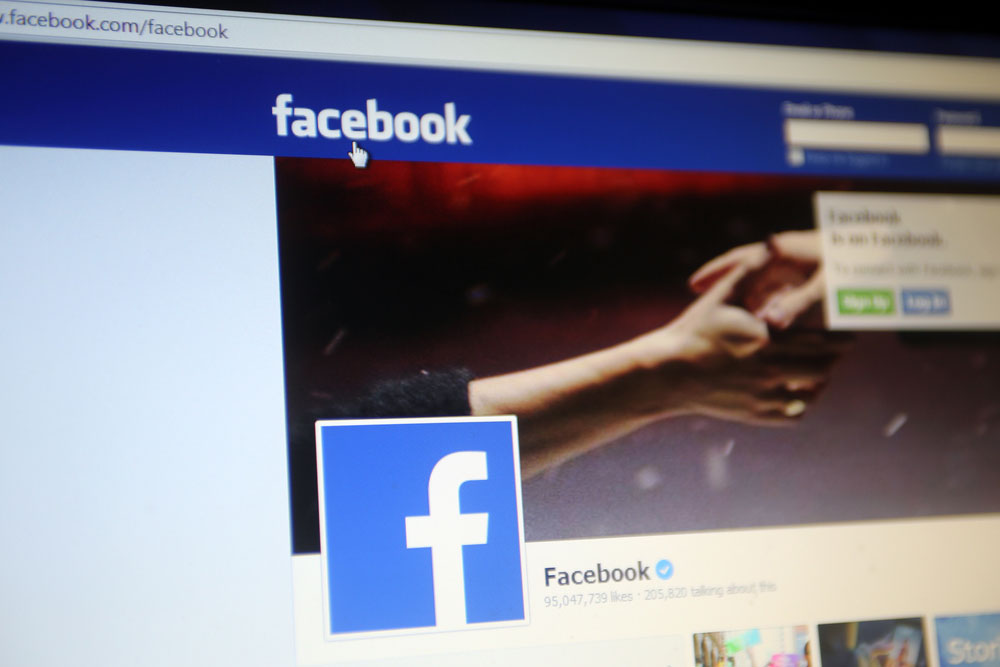 Facebook on Monday announced that it had taken down several pages linked to the Congress IT cell for misrepresentation, giving the BJP reason to gloat but only to be reminded that the axe had similarly fallen on a party-linked IT firm with a bigger reach and advertisement spend.

In election season, the page removals soon snowballed into a war of words between the two parties, with Facebook also being accused of bias in view of the “huge amounts of money it had got from the BJP for advertising last month”.

Asked about the bias allegations, Facebook India’s communications manager Amrit Ahuja told The Telegraph: “Whatever was seen on the platform was put out as mentioned in our statement.”

Earlier, the head of Facebook’s cyber-security policy, Nathaniel Gleicher, had said in a statement that “we removed 687 Facebook pages and accounts… that engaged in coordinated inauthentic behaviour in India and were linked to individuals associated with an IT cell of the Indian National Congress (INC)” and 15 such pages linked to individuals associated with the Indian IT firm, Silver Touch.

Although the pages linked to the Congress IT cell were more in number, those tracking digital developments pointed out that the bigger hit was taken by Silver Touch as those pages had more traffic and advertising spend.

The bias accusation arose also because Facebook did not mention the BJP’s name although the linkages are fairly well known.

Ben Nimmo, senior fellow, information defence, at Atlantic Council’s Digital Forensic Research Lab, tweeted: “A few big pages were supporting @BJP4India, and run by people associated with Silver Touch, an IT firm which created @narendramodi’s app. Lots of smaller ones were run by people associated with an @INCIndia IT cell…. The big hitter in the pro-BJP group was India Eye, with over 2 million followers on FB and over 30k on Instagram. India Eye has been suspected of links to Silver Touch since at least last year….”

Coordinated inauthentic behaviour, according to Gleicher, occurs when groups of pages or people work together to mislead others about who they are or what they are doing. “When we take down one of these networks, it is because of their deceptive behaviour. It’s not because of the content they are sharing. The posts themselves may not be false and may not go against our community standards.”

The wide gap in the reach of the two was evident not only in terms of followers but also advertising spend. The Congress-linked accounts had 138 pages and 549 Facebook accounts. And, about 206,000 accounts followed one or more of these pages. The ad spend was in the vicinity of $39,000.

In the case of the Silver Touch-linked accounts, there was one page, 12 Facebook accounts, one group and one Instagram account. The page (The India Eye) alone had about 2.6 million accounts following it. Another 15,000 groups were joined to the one group, and the Instagram account had 30,000 followers. The advertisement spend here was $70,000.

Silver Touch did not respond to a request from this newspaper for a response on Facebook’s action.

The Congress said no official pages run by the party had been taken down by Facebook. “Additionally, all the pages run by our verified volunteers are also unaffected. In the meantime, we are awaiting a response from Facebook to provide us a list of all pages/accounts that they have taken down,” Congress media-in-charge Randeep Surjewala said.

He said the BJP had spent Rs 1.5 crore on advertising on Facebook between March 2 and March 16. “Our ad spend on Facebook was only Rs 1.68 lakh,” Surjewala said, adding that the Congress would like to know what action Facebook had taken against the 321 verified pages of the BJP on which fake and derogatory news is often published.

When the news of Facebook’s action broke, BJP IT-in-charge Amit Malviya was quick to rejoice and posted a series of tweets with the hashtag “CongressFakesItOnFB”.

“Facebook’s crackdown on pages linked to Congress IT cell is unprecedented. Proves that just like Rahul Gandhi, Congress’s digital footprint is also a purveyor of fake news!… If there is a digital hall of shame, Rahul Gandhi’s Congress party will figure prominently. Sad part is that despite all the fakery, they continue to lose elections and credibility,” Malviya tweeted.