Ex-Andaman chief secy's plea against arrest to be heard today 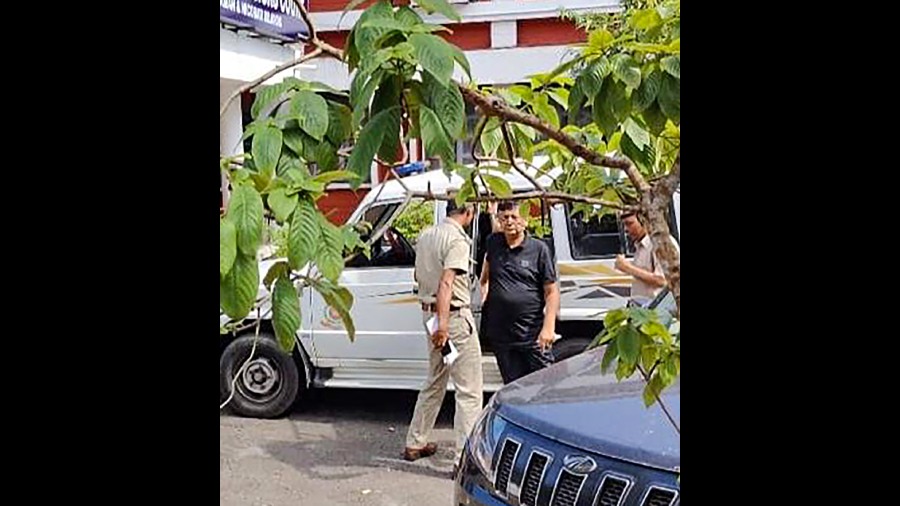 A writ petition filed by former chief secretary of Andaman and Nicobar Islands, Jitendra Narain, challenging his arrest was put up for hearing before the Port Blair circuit bench of Calcutta High Court on Tuesday.

The petition has been listed in serial numbers 22 and 23, as per the daily causelist issued by the court.

"The matter has been put up for hearing before the circuit bench of Calcutta High Court in Port Blair," Lawyer Pathik Das, appearing for the rape survivor, said.

Narain, arrested in a gang rape case filed by a 21-year-old woman against him and others, was on Monday remanded to judicial custody till November 28.

The bureaucrat, who was in police custody since his arrest on November 10, was produced before the district and sessions court here on the previous day, which remanded him to 14-days judicial custody.

A Special Investigation Team (SIT) has questioned Narain thrice in connection with the case.

The SIT was constituted to probe allegations that the 21-year-old woman in Andaman and Nicobar Islands was lured to the chief secretary's home with the promise of a government job and then raped by top officials including Narain.

Sandeep Singh alias Rinku, an absconding accused in the case, was apprehended from Haryana on Sunday night, a police officer said.

The Andaman and Nicobar Police had on November 2 announced a reward of Rs 1 lakh each for Singh and suspended Labour Commissioner R L Rishi in connection with the case.

So far, Narain and Singh have been arrested in the case, while Rishi is still at large, the officer said.

Rishi was also accused of raping the woman, while Rinku was named in an FIR as an "accomplice" in the crime.

The FIR was registered on October 1 when Narain was posted as the chairman and managing director of the Delhi Financial Corporation.

The government suspended him on October 17 with immediate effect.

The woman claimed in the FIR that as her father and stepmother did not take care of her financial needs, she needed a job and was introduced by some people to the labour commissioner as he was close to the then chief secretary.

She also claimed that the chief secretary appointed "7,800 candidates" in various departments in the administration of the islands "on the basis of recommendation only" and without any "formal interview".

The woman alleged that she was lured to the chief secretary's home with the promise of a government job, and then raped there on April 14 and May 1.