On the party leadership dispute, the Madras High Court earlier on Friday, allowed Palaniswami's appeal and set aside an earlier order in favour of Panneerselvam 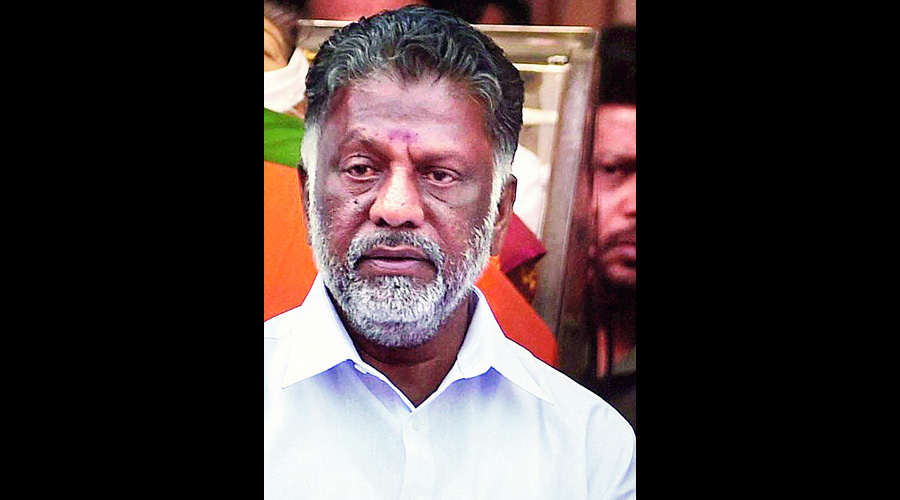 AIADMK leader Edappadi K Palaniswami (EPS) on Friday described the Madras High Court's ruling, that has in effect endorsed his election in July as party's interim chief, as 'historic.'

Rival leader O Panneerselvam said the High Court verdict would be challenged in the Supreme Court.

As the court delivered its judgment, AIADMK workers burst crackers, distributed sweets and thronged Palaniswami's residence to greet him.

Without naming Panneerselvam or his supporters, EPS hit out at "mischievous self-centred" persons". Further, slamming them as "diseases that kill from within", EPS said they were working in support of ruling DMK while the party was slogging to guard the people from the DMK regime's "unruliness".

Such elements were a hindrance to AIADMK's whole-hearted work aimed at the welfare of people and party workers, Palaniswami said.

"I happily welcome the Madras High Court Division Bench's verdict," EPS said in a statement. He thanked all the party workers and functionaries who stood behind him in his legal battle.

Panneerselvam, speaking to reporters said that the High Court verdict would be challenged in the Supreme Court.

On the party leadership dispute, the Madras High Court earlier on Friday, allowed Palaniswami's appeal and set aside an earlier order in favour of Panneerselvam.

A division bench comprising Justices M Duraiswamy and Sundar Mohan set aside an order of a single judge, which nullified the July 11 General Council meeting of the AIADMK.

In that meeting held in July, leader of opposition EPS was elected as the interim general secretary of the party, the top post. Panneerselvam was ousted from the party.

Palaniswami's position as the single, supreme leader of AIADMK is strengthened with this fresh court order.

AIADMK: Setback for OPS in HC