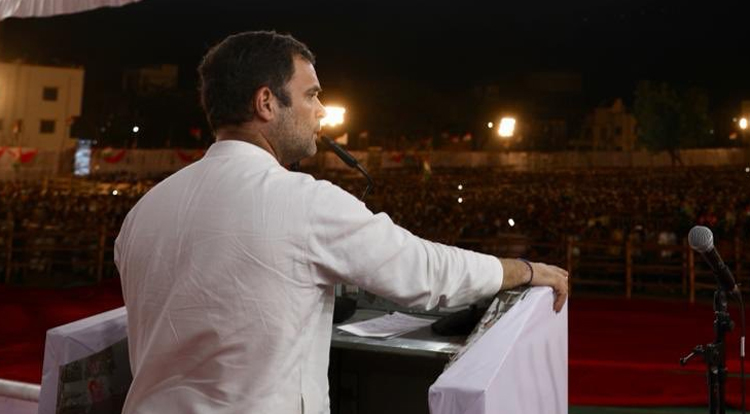 A plane carrying Congress president Rahul Gandhi to Patna on Friday morning for a campaign rally in Bihar had to return to Delhi because of engine trouble.

Engine trouble on our flight to Patna today! We’ve been forced to return to Delhi. Today’s meetings in Samastipur (Bihar), Balasore (Orissa) & Sangamner (Maharashta) will run late. Apologies for the inconvenience. pic.twitter.com/jfLLjYAgcO

Rahul later tweeted: “Engine trouble on our flight to Patna today! We’ve been forced to return to Delhi. Today’s meetings in Samastipur (Bihar), Balasore (Orissa) & Sangamner (Maharashtra) will run late. Apologies for the inconvenience.” The Congress president posted a video of the flight that shows him, the pilot and the co-pilot.

The plane, VT-KNB, belongs to the Delhi-based company Forum 1 Aviation Private Limited. According to the company website, the plane was acquired “brand new in 2006” and can fly anywhere in India.

Rahul reached Patna around noon on another flight and addressed the Samastipur meeting, where he shared the stage with Rashtriya Janata Dal heir apparent Tejashwi Yadav for the first time after the general election was announced.

Rahul had undergone a much more serious mid-air scare last year while flying to Karnataka to campaign for the summer state elections.

His chartered flight from Delhi to Hubli on April 26, 2018, suffered “multiple unexplained technical snags” and suddenly tilted heavily to the left, lost altitude and shuddered violently with a “clanking noise”.

The Congress had alleged “intentional tampering” but a DGCA probe ruled out a conspiracy, blaming a snag in the autopilot function and a delayed crew response to the resultant steep loss of altitude.It said it had taken the pilots 24 seconds to get the plane under control. Officials said such shutdowns of the autopilot mode were “not uncommon”.

Rahul aide Kaushal Vidyarthi, who too was on the Hubli-bound plane, had filed a complaint with local police besides writing to the Karnataka police chief expressing concern.