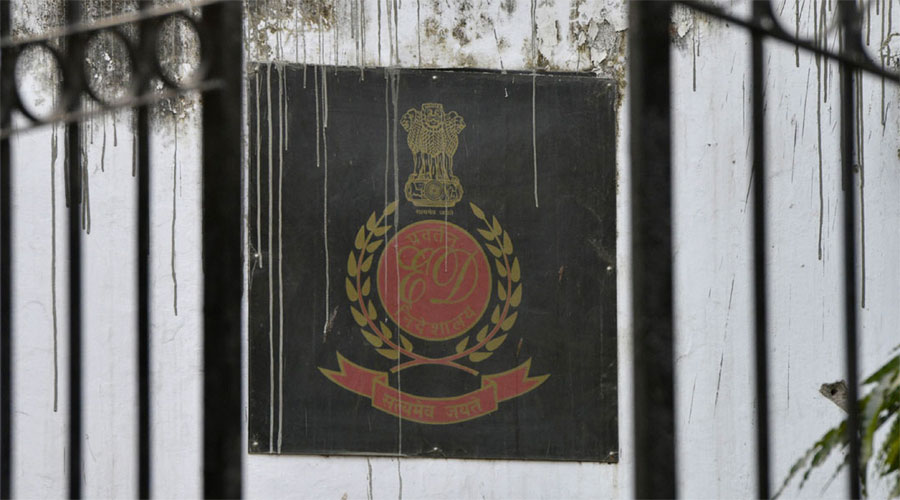 Sources in the ED said the raids were being conducted in Bengal, Kerala, Karnataka, Tamil Nadu, Bihar, Uttar Pradesh, Rajasthan, Delhi and Maharashtra under the provisions of Prevention of Money Laundering Act (PMLA).
FIle picture
Our Special Correspondent   |   New Delhi   |   Published 04.12.20, 02:43 AM

The Enforcement Directorate on Thursday raided 26 premises in nine states linked to the Popular Front of India (PFI), including its chairman O.M. Abdul Salam and national secretary Nasarudheen Elamarom, in connection with a money-laundering probe.

Sources in the agency said the raids were being conducted in Bengal, Kerala, Karnataka, Tamil Nadu, Bihar, Uttar Pradesh, Rajasthan, Delhi and Maharashtra under the provisions of Prevention of Money Laundering Act (PMLA).

“Multiple money-laundering cases against the PFI have been clubbed into one and the searches are still continuing,” said an ED official.

The PFI describes itself as a socio-political movement that seeks to empower Muslims and other marginalised sections. The Narendra Modi government has been considering a ban on the organisation since its first term. In the absence of a ban, which has been sought by some BJP-led state governments, the PFI remains a legitimate organisation.

The PFI called the raids a gimmick and an attempt to divert attention from the farmers’ issue.

“Modi government has always used national agencies against its political opponents and to crush dissent in the country to the point that the credibility of these agencies has come under question,” the organisation said in a statement.

The central government has come under immense pressure following the farmers’ protests blockading Delhi and the ED raids are nothing but a “gimmick” to divert the issue, it said.

It said authorities “intend to prevent the organisation from its fight against the anti-constitutional CAA-NRC, as it is a forerunner and stays a major force in the citizenship agitations across the country”.