The poll panel has also directed both the groups led by Uddhav Thackeray and Eknath Shinde to submit any further statement or documents by 5 PM, December 9 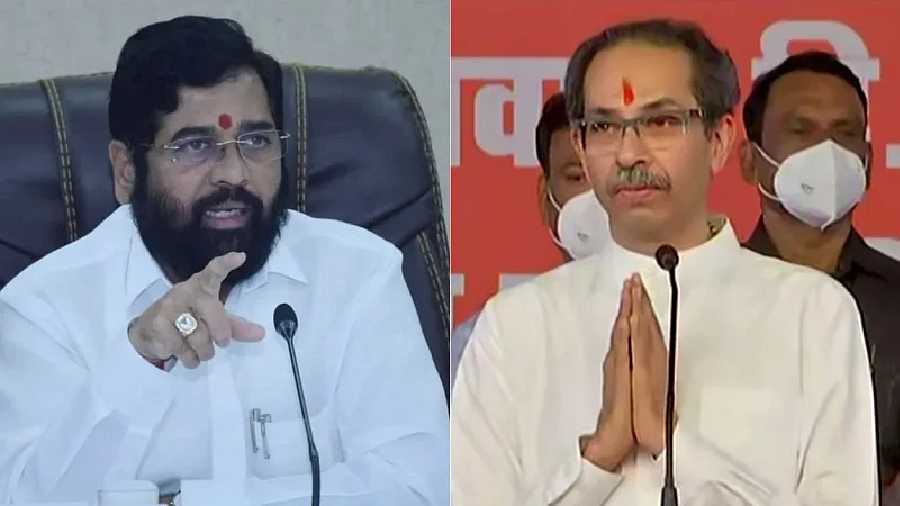 The Election Commission will hear the warring factions of the Shiv Sena led by Uddhav Thackeray and Eknath Shinde on December 12, official sources said on Tuesday.

They said the symbol dispute of the party has reached the stage of "substantive hearing". December 12 has been set as the date for first personal hearing of the two factions and the required order was issued on Tuesday.

The poll panel has also directed both the groups to submit any further statement or documents by 5 PM, December 9.

Earlier this month, the Commission had asked the Shiv Sena factions to submit fresh documents to back their claim to the party's name and its symbol by November 23.

The poll panel had also asked them to exchange the documents, submitted to the poll panel, with each other.

In an interim order in October, the Commission had barred the two factions from using the party name or its 'bow and arrow' symbol.

Later, it had allotted 'ShivSena - Uddhav Balasaheb Thackeray' as the party name for the Thackeray faction, and 'Balasahebanchi Shiv Sena' (Balasaheb's Shiv Sena) as the name for the Eknath Shinde group of the party.

The EC had said the interim order will continue "till the final determination of the dispute".

Shinde had rebelled against Thackeray's leadership, claiming the support of 40 of the Shiv Sena's 55 MLAs and 12 of its 18 members in Lok Sabha.

Following Thackeray's resignation as chief minister of the Shiv Sena-NCP-Congress coalition, Shinde became chief minister with the support of the BJP.

Para 15 of the Election Symbols Order provides for hearing of representatives of the sections or groups as desire to be heard.