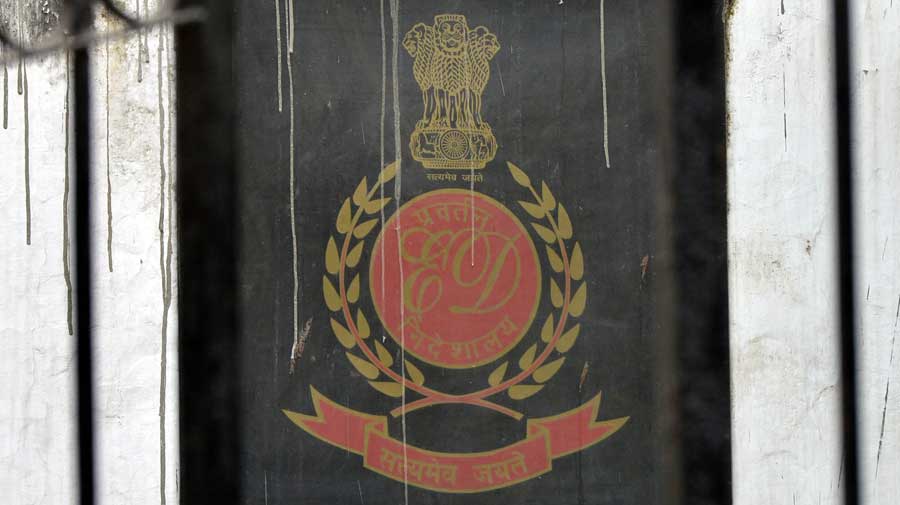 The ED had filed a criminal case of money laundering against the firm, its Chairman Gautam Kundu and others in 2014 and later arrested him in Calcutta.
File picture
Our Bureau, Agencies   |   New Delhi   |   Published 30.04.21, 01:10 PM

The Enforcement Directorate on Friday said it has taken "possession" of assets worth Rs 304 crore in connection with its money laundering case in the alleged Rose Valley ponzi scam that took place in West Bengal and Odisha.

"Possession has been taken of properties of the Rose Valley group of companies throughout West Bengal, Tripura and Odisha under the Prevention of Money Laundering Act (PMLA)," the central probe agency said in a statement.

The Rose Valley group of companies "had collected huge amount of money from gullible public by floating various fake and fictitious schemes and defaulted the re-payments."

Probe found, it said, that several properties in West Bengal, Odisha, Tripura, Assam, Maharashtra, Jharkhand and others states were "acquired in the name of various companies of group, by illegally diverting the funds collected from the common public."

These assets were earlier provisionally attached by the ED under the anti-money laundering law and after getting approval from the Adjudicating Authority (under the PMLA), the agency is empowered to take possession of such properties.

The ED had filed a criminal case of money laundering against the firm, its Chairman Gautam Kundu and others in 2014 and later arrested him in Calcutta.

Multiple charge sheets have been filed by it in this case till now even as the probe continues.