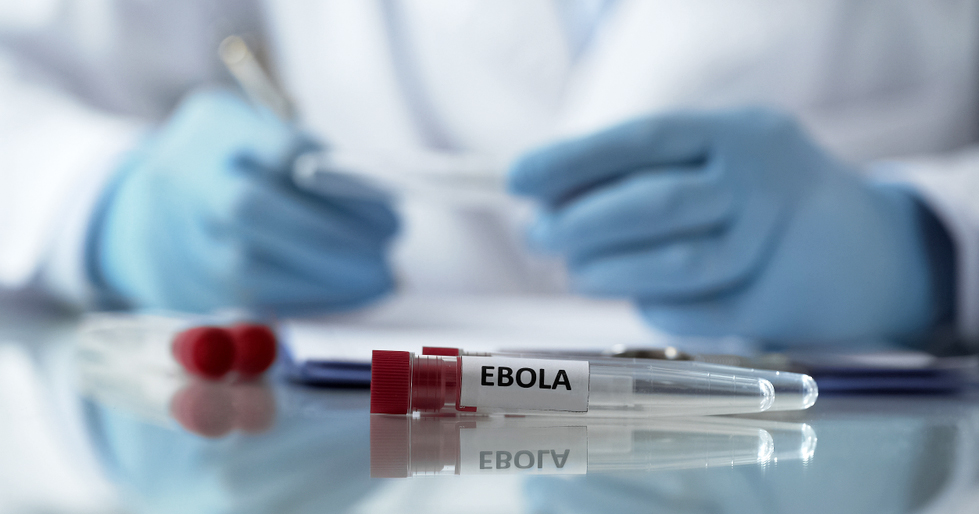 Although most outbreaks of filoviruses such as Ebola have occurred in Africa, independent research teams have since 2011 detected filovirus antibodies in Bangladesh, China, Singapore and the Philippines, adding evidence for the presence of filoviruses in South and Southeast Asia.
(Shutterstock)
G.S. Mudur   |   New Delhi   |   Published 01.11.19, 08:46 PM

Scientists have discovered antibodies to Ebola-like viruses in blood samples of humans and bats in Nagaland, signalling the presence of viruses that could cause haemorrhagic fevers although India has no record yet of Ebola disease.

The findings suggest that bats in south Asia may serve as natural reservoirs for a range of viruses, including Ebola-like viruses, and that people could be exposed to these viruses through contact with bats, the scientists said in a study released on Thursday.

The study results were published in the journal PLOS Neglected Tropical Diseases.

The researchers from the National Centre for Biological Sciences, Bangalore, working with collaborators in China, Singapore and the US collected human blood samples from 85 members of local ethnic groups in Nagaland who had participated in customary bat hunting for food or traditional medicine.

They found five persons had antibodies to an unknown virus closely related to the Ebola virus, the Bundibugyo virus, the Sudan virus and the Marburg virus. The Ebola, Bundibugyo, Sudan and Marburg viruses belong to the filovirus family and can cause haemorrhagic fevers.

The presence of antibodies implies exposure to the viruses but none of the five individuals had any history of a haemorrhagic fever.

The scientists also found a similar pattern of antibodies to an unknown filovirus in one of 16 blood samples from Eoncyteris spelaea, or cave nectar bats, and to two other filoviruses in four of 30 blood samples from Rousettus leschenaultia, a species of fruit bats.

“Our results suggest that these viruses are present in the region and that they may spill over during human-bat contact,” said Uma Ramakrishnan, a senior scientist and study team member at the NCBS.

Ramakrishnan collaborated with Ian Mendenhall at the Duke-National University of Singapore Medical School, the Uniformed Services Institute in the US and other researchers at academic institutions in India and China.

The test the scientists used relies on surface proteins shared by filoviruses and the five persons who tested positive in Nagaland were likely not infected with Ebola, Bundibugyo or Sudan viruses, said Mendenhall.

“Our results indicate they were probably exposed to a related but unknown filovirus,” Mendenhall told The Telegraph.

Although most outbreaks of filoviruses such as Ebola have occurred in Africa, independent research teams have since 2011 detected filovirus antibodies in Bangladesh, China, Singapore and the Philippines, adding evidence for the presence of filoviruses in South and Southeast Asia.

“Bat harvesting is a high-intensity contact event with opportunities for the virus to spill over from bats into humans,” Ramakrishnan said. “But it is possible that every spill-over does not lead to infection or disease.”

The scientists have cited studies from Uganda and Congo that found people exposed to wildlife and containing Ebola antibodies in them but with no history of Ebola disease.

The findings in Nagaland underscore the need to enhance virus surveillance in the region, particularly in areas with close human-bat interactions, the scientists said.

“It is possible that exposure from the viruses generated antibodies but did not cause disease, but we don’t have enough information to say for certain,” Mendenhall said. “We’re continuing our studies and hope to better understand the risk these viruses pose.”