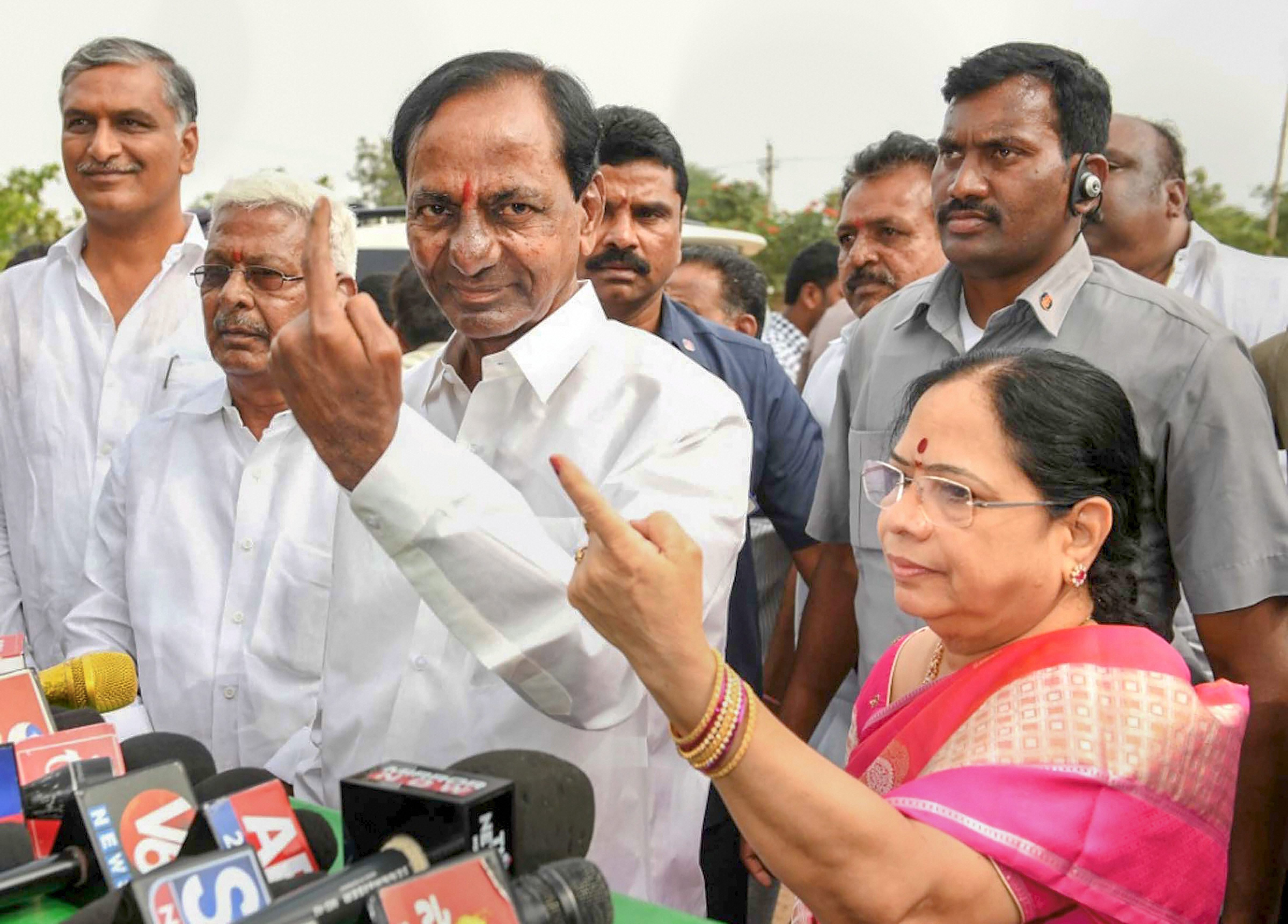 The ruling Telangana looked set to sweep the Assembly polls in Telangana on Tuesday, with its candidates leading in 90 constituencies, leaving challenger People's Front led by the Congress way behind.

Trends were available for all but one of the 119 seats of the Assembly.

The Congress, which stitched together a four-party coalition, is leading in 15 seats, its ally the TDP in one, while Asaduddin Owaisi's AIMIM that backed the TRS was leading in five. BJP nominees were ahead of their rivals in four constituencies and others were leading in three.

TRS chief K Chandrasekhar Rao was leading by 9,212 votes after the fifth round over his nearest Congress rival Vanteru Pratap Reddy in Gajwel constituency.

His son and minister K.T. Rama Rao is leading in Sircilla by 15,096 votes over his Congress rival K.K. Mahender Reddy after the third round of counting.

In Siddipet, Rao's nephew and a minister in the caretaker government T. Harish Rao was leading by 26,098 votes over his nearest Telangana Jana Samiti (TJS) rival Bhavani Reddy after the fourth round.

Telangana Congress president N. Uttam Kumar Reddy was leading in Huzurnagar by 1,852 votes over his nearest TRS rival Saidi Reddy after the third round.

Although most exit polls had forecast a victory for the TRS, some had predicted a close contest with the Praja Katumi (People's Front) led by the Congress which also includes the TDP, CPI and the newly formed TJS. The trends so far indicate a sweep by the TRS.

The Congress, though on course of making major gains in Rajasthan, Madhya Pradesh and Chhattisgarh, failed to make inroads into the citadel of Rao, widely credited for the creation of Telangana.

The Congress too claims credit for the formation of the youngest state in the country, but that apparently did not cut much ice with the electorate.

The BJP, which had contested the last Assembly elections in 2014 in undivided Andhra Pradesh in alliance with N. Chandrababu Naidu's TDP, entered the electoral fray alone this time but appeared to have failed to make headway.