Centre's decision seen as 'vindictive; action and a 'gross abuse of governmental power' 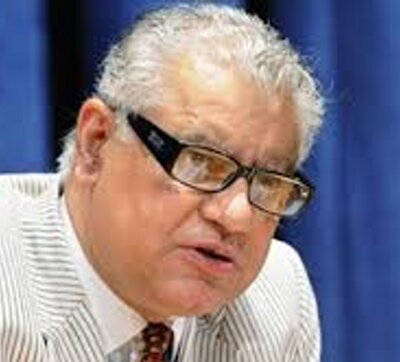 A nationwide network of doctors and patients’ rights advocates on Monday described the Centre’s decision to file a criminal case against Lawyers Collective, a non-government organisation, as a “vindictive” action and a “gross abuse of governmental power”.

The All India Drug Action Network (Aidan) said the case appeared an attempt to send a message to all rights advocates to desist from fighting for human rights in India.

The CBI had last week registered a criminal case against Lawyers Collective, naming its founder-director and senior advocate Anand Grover and other office-bearers as accused under penal sections dealing with forgery, cheating and criminal conspiracy.

According to the complaint, the NGO has diverted its foreign funds for activities not mentioned in its objectives.

Lawyers Collective has denied the charge and said the alleged violations of the Foreign Contribution (Regulation) Act, 2010, are currently being heard in Bombay High Court.

In its statement, Aidan said Lawyers Collective had an exemplary record of fighting for the rights of ordinary, disadvantaged people in India. It demanded the immediate withdrawal of the case, calling it a “gross abuse of governmental power”.

Over the past two decades, Lawyers Collective has taken up multiple human rights cases in the country. It successfully challenged Novartis’s patent claim in India over a medicine that treats chronic myeloid leukaemia, facilitating the production of relatively low-cost versions.

“Generations of patients in India would be grateful to Lawyers Collective,” Aidan said. “Lawyers Collective’s consistent work on intellectual property rights issue(s) from public health and public interest perspective is deeply valued by health organisations and people’s networks all over India and the world.”

Lawyers Collective had also taken up cases on the rights of HIV-positive people and the gay community, as well as on the issue of the instant triple talaq. Lawyers Collective trustee Indira Jaising had demanded that due process be followed in dealing with the sexual harassment charge against Chief Justice of India Ranjan Gogoi.

“It seems that it is such involvements of Grover and Jaising in anti-establishment cases that has resulted in this vindictive action against them,” Aidan said.

“This is a draconian attempt to threaten not only advocates Grover, Jaising and colleagues but also to send a signal to all other human rights advocates in India to desist from fighting for human rights in India.”