Modi's Diwali with troops and temple 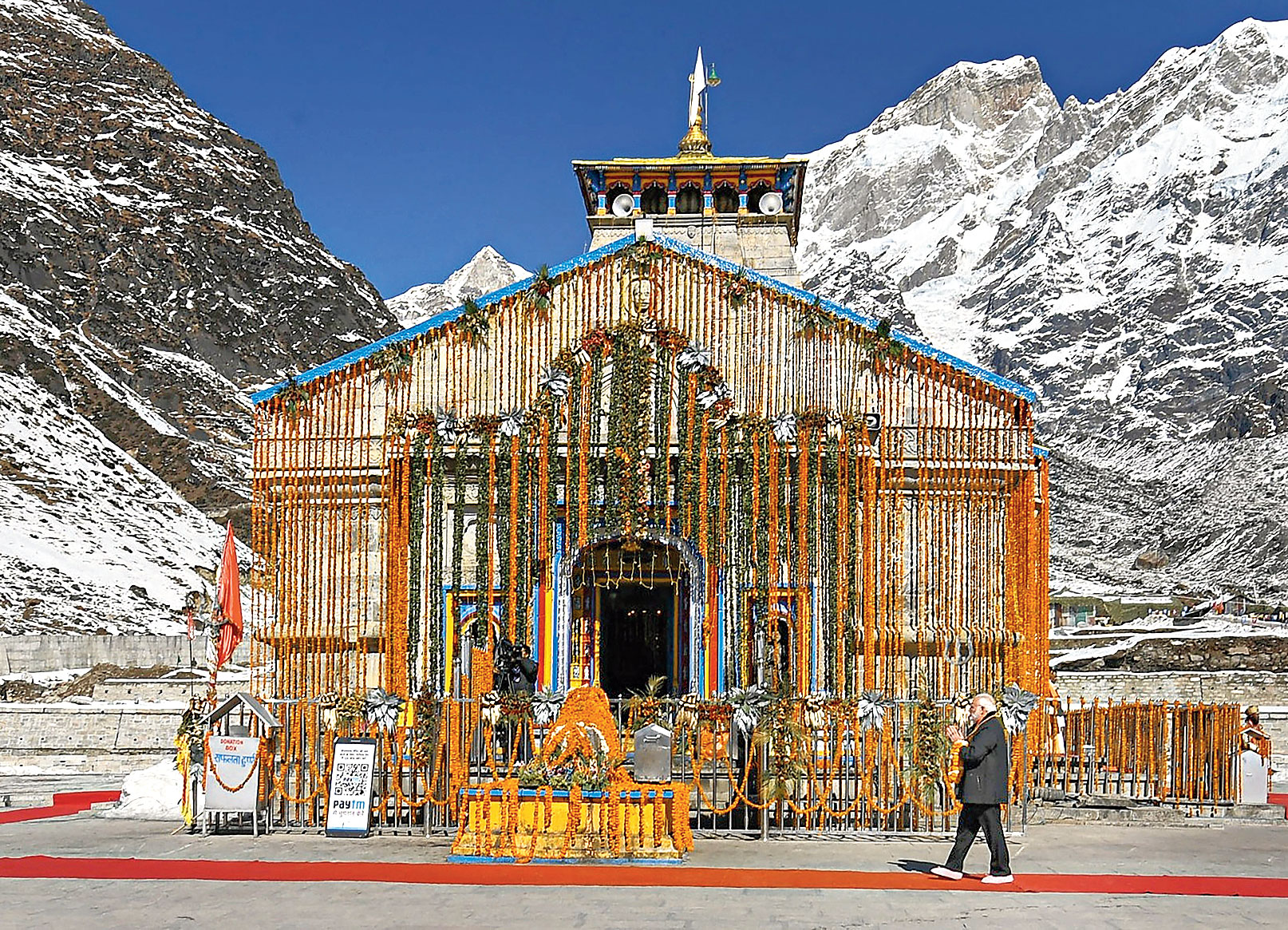 Prime Minister Narendra Modi split his Diwali between the dedicated and the divine, visiting jawans on the icy terrain near the China border and later offering a puja for the prosperity of the country at the Kedarnath temple in Uttarakhand.

Dressed in heavy mountain gear, the Prime Minister celebrated Diwali with army and Indo-Tibetan Border Police (ITBP) personnel, saying their devotion to duty in the remote icy heights is strengthening the nation.

Modi greeted the jawans and spent around 1 hour and 15 minutes with them in the Harshil cantonment, situated at a height of 7,860 feet close to the India-China border in Uttarkashi district.

The Prime Minister said the jawans, through their commitment and discipline, were securing the future and the dreams of 125 crore Indians and helping spread a sense of security and fearlessness among the people.

“You are not only protecting one corner of our land. By securing the country’s borders, you are making safe the lives and dreams of 125 crore Indians,” Modi told the soldiers in the presence of the army chief, Gen. Bipin Rawat.

Likening the soldiers with earthen lamps, the Prime Minister said: “The way a diya burns itself to light up the world, you lead a hard life to spread the light of fearlessness all around.”

Recalling his long association with the forces, the Prime Minister said he had a chance to spend time in the company of soldiers early during his career and he was sensitive to their needs.

He described the implementation of ‘one rank, one pension’ (Orop) for ex-servicemen, which had been hanging fire for over 40 years, a result of this close association with defence personnel. “As an RSS member, I got opportunity to live among armymen. At that time, I heard a lot about ‘one rank, one pension’. Many governments came and went. Since I was connected to you, I understood your emotions,” So after becoming Prime Minister, it was my responsibility to fulfil your dream,” Modi said. 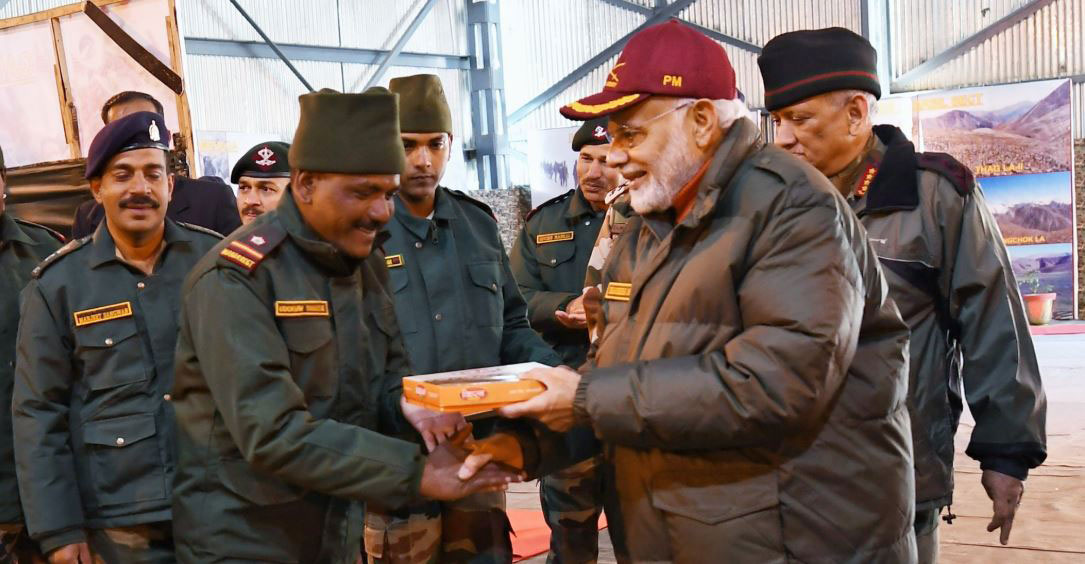 He also spoke of his interactions with the jawans of the ITBP years ago when he was part of the Kailash Mansarovar Yatra.

After his address, the prime minister distributed sweets among the soldiers.

He met residents of the border village of Bagori and offered prayers on the banks of Bhagirathi, a tributary of the Ganga in Harshil.

In Kedarnath, Modi offered prayers at the renowned shrine and took stock of the ongoing development projects in the temple town.

The Prime Minister reached Kedarnath at 10am after meeting the Indo-Tibetan Border Police jawans and offered 10 minutes of rudrabhishek at the shrine. Local priests said the puja was meant for the prosperity of the country.

Modi visited an incomplete art gallery and viewed 25 pictures portraying the ongoing repair and renovation and watched a five-minute documentary on the same subject. The temple town was devastated in a series of cloudbursts in 2013.

Later, the Prime Minister saw the place where Adi Shankaracharya was believed to have been entombed. A bigger tomb would be built there by the Kedarnath Utthan Charitable Trust, formed by the government last year.

A statement from the Prime Minister’s Office said Modi extensively walked around the entire temple complex, where significant reconstruction work is in progress.

Officials had earlier said Modi would carry out on-the-spot inspection of the development projects but he limited his visit to the art gallery and surrounding areas apparently because of more than eight inches of snow in the area.

The hills of Uttarakhand had witnessed unusual snowfall from Saturday to Monday. The intensity of snowfall had decreased thereafter. While snow was removed from the helipad and the vicinity of the temple, other areas could not be cleared up.

Modi also went near the under-construction ghats near the shrine, which will be closed from November 9. Residents will gradually shift to other areas because snow is expected to blanket the entire hill in the coming weeks.