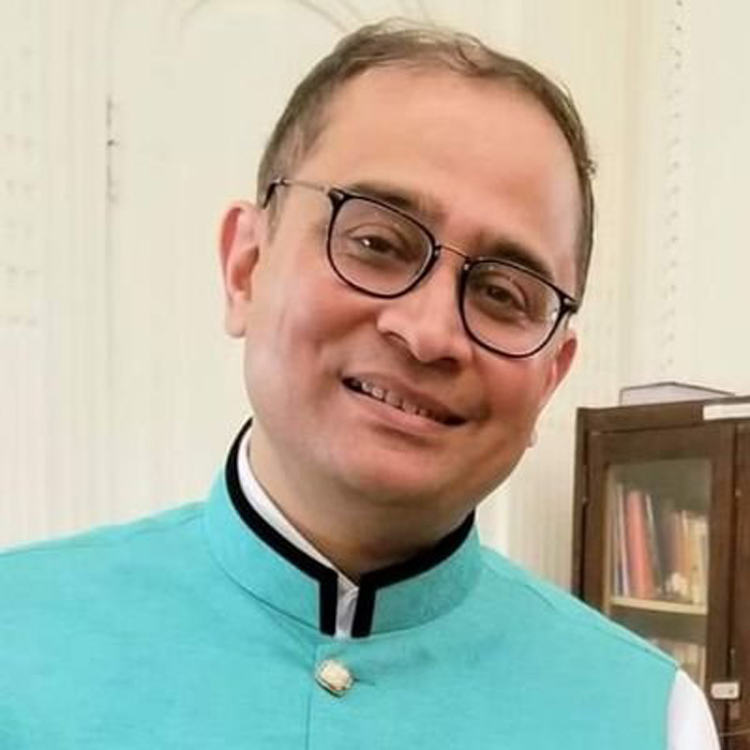 India’s consul-general in New York has called for pushing the Indian leadership to follow the Israeli model of building settlements to take Kashmiri Pandits back to the Valley and suggested that those at the helm are determined to do so.

“I think we should push our leadership to do that…. Otherwise what’s the point?… Give us some time.… We will do it…. That is the determination of this leadership…,” Sandeep Chakravorty told a private gathering of the Indian diaspora in New York on Sunday.

The diplomat also equated “Kashmiri culture” with “Hindu culture” and advocated that Hindus use their “strength as the majority community”.

The UN and the International Court of Justice have said the Israeli settlements on the West Bank violate the Fourth Geneva Convention. But last week, the US had backed the settlements.

The Donald Trump administration declared that the Israeli settlements on the West Bank were “not inconsistent with international law”, reversing American policy.

India has always rejected any comparison between Kashmir and Palestine, and has voted for resolutions critical of Israel’s settlement policy in international fora.

The setting for Sunday’s event was private but Chakravorty was very specific in stating at the outset that “I want to make some personal points, after that I will present the government’s perspective”.

His remarks on Hindu assertion and replicating the Israel model in Kashmir came in the latter part of his speech, which he started by saying “now I am speaking in my official capacity”.

Speaking about the government’s decision to do away with the special status of Jammu and Kashmir and bifurcate the state, Chakravorty was of the view that there was a need to understand the thinking behind the decision to bring the two new Union Territories under direct central rule.

Advocating patience, the consul-general said: “Give us some time…. The government wouldn’t take such an international risk just for making an amendment. We ran the risk of international opprobrium…. It was an international diplomatic struggle. We have successfully stalled it.

“Because we already have a model in the world. I don’t know why we don’t follow it. It has happened in the Middle East. If the Israeli people can do it, we can also do it. I think we should push our leadership to do that…. Otherwise what’s the point…. Give us some time.… We will do it…. That is the determination of this leadership….”

After the Six-Day War in June 1967 in which Israel conquered the West Bank, Jews began moving into the area. Today, an estimated 4.3 lakh Israeli Jews live in 132 officially recognised “settlements”, besides over 100 unofficial “outposts” that await recognition.

Chakravorty asserted that India had “never used our strength as the majority community”.

“We have never used the strength of our Hindu culture, of our ancient civilisation in diplomacy. Now when we are using it, people are having issues with it. Our decision is being dragged to the HRC (UN Human Rights Council), to the US Congress…

“A delegation wants to go. Go elsewhere? Go to Syria, Iraq, Afghanistan. No one is talking about taking photos there…. Why do you want to come to our place? They do not like the fact that we are asserting ourselves. I believe that in my lifetime we will have our land back…,” Chakravorty said.

Although the diplomat spoke of asserting “Hindu culture”, India’s outreach to the foreign community after the scrapping of Jammu and Kashmir’s special status and the Ayodhya judgment of the Supreme Court has been to reassure the world about the country’s secular values.

After a controversy broke out over his remarks, Chakravorty tweeted from his private handle: “I have seen some social media comments on my recent remarks. My remarks are being taken out of context.”

The external affairs ministry maintained radio silence despite repeated queries from reporters through the day on the diplomat’s remarks.

Chakravorty’s comments drew a sharp response from Pakistan Prime Minister Imran Khan. Posting a news report on Chakravorty’s remarks, he tweeted: “Shows the fascist mindset of the Indian govt’s RSS ideology that has continued the siege of IOJK for over 100 days, subjecting Kashmiris to the worst violation of their human rights while the powerful countries remain silent bec of their trading interests.”

The private gathering in New York — mainly of Kashmiri Pandits — included actor Anupam Kher and filmmaker Vivek Agnihotri, both vocal backers of the Narendra Modi government. Agnihotri, whose latest film The Tashkent Files had revolved around an alleged conspiracy to kill then Prime Minister Lal Bahadur Sashtri, has announced a film where he would explore the “sinister politics” behind the exodus of Kashmiri Pandits from the Valley because of militancy in the late 80s.

In an hour-long video of the conversation on Kashmir, Chakravorty spoke at the fag end.