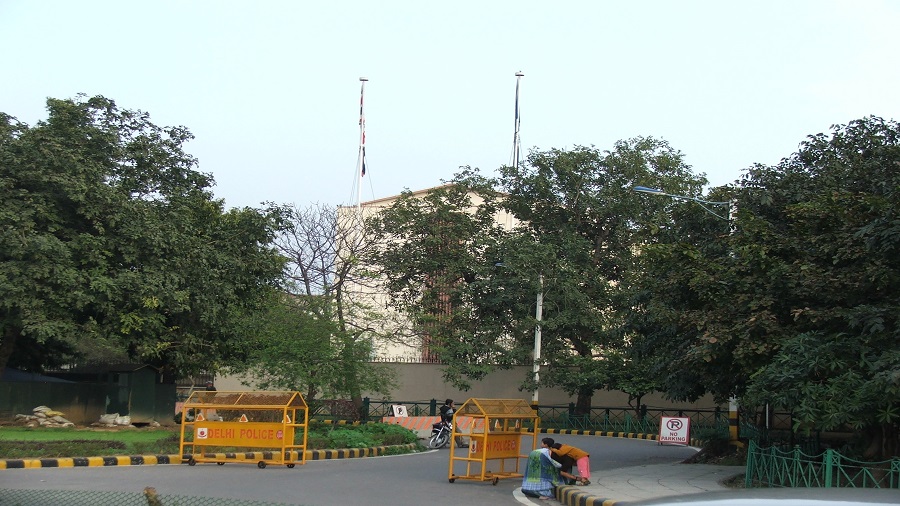 Being the British High Commissioner in India can be a hectic job, and an 18-year-old woman from the national capital experienced this when she held the post for a day.

Chaitanya Venkateswaran from New Delhi had the unique opportunity to spend last Wednesday as the UK's senior-most diplomat in India under the mission's initiative aimed at empowering and highlighting the challenges faced by women across the world.

The British High Commission has been organising the 'High Commissioner for a Day' competition annually since 2017, inviting young Indian women aged 18 to 23 years to take over as their most senior diplomat.

"I used to visit the British Council library in New Delhi when I was younger, and that's where I cultivated my love of learning. Building on that knowledge, to be the British High Commissioner for a day was a golden opportunity," Venkateswaran said.

Handing over my job today to Chaitanya Venkateswaran, who won our competition to be High Commissioner for the Day. See her winning video below. Time for me to put my feet up! pic.twitter.com/nvf3CeG6yV

"My day was full of diverse experiences which have really broadened my perspective on the role of women and their representation in fields of media, policing and STEM. I am now more determined than ever to use my new knowledge and experience to help promote equitable treatment of women everywhere," she said.

Jan Thompson, the Deputy High Commissioner for that day and acting High Commissioner to India on other days, said this competition is one of his favourite moments of the year an opportunity to provide a platform to extraordinary young women, and show how the UK and India are sharing expertise to ensure women and girls reach their full potential around the world.

"I was thrilled to relinquish my duties to Chaitanya for the day and was impressed with how confidently and competently she took on this role, a deserving winner out of an incredible 215 entries," he said.

"In the side-lines of her very busy day as High Commissioner, we also enjoyed discussing our mutual love of the arts. I look forward to seeing what Chaitanya achieves next, as she joins a cohort of young women whose voices we have been proud to amplify through this annual initiative; the next generation of global leaders," Thompson said.

This year, entrants to the competition were invited to submit an one-minute video on social media, answering the question -- 'What global challenges and opportunities do you see for gender equality in the age of COVID-19?'

In line with COVID-19 health and safety precautions, Venkateswaran participated in the day through video conference, but was happy to meet Acting High Commissioner Thompson at a later date for a socially distanced walk.

Venkateswaran, a recent high-school graduate from New Delhi, is pursuing a bachelor's degree with a full scholarship in International Studies and Economics, and certificate programmes in Advanced Leadership Studies and Political Thought at American University, Washington DC, studying remotely.

During the day when she was the British High Commissioner, she met with the Editor of Anandabazar Patrika to learn about gender representation in the media industry, discussed gender and policing with senior police officers from Madhya Pradesh and Telangana and interacted with the Marks & Spencer India team.

She also launched the British Council STEM Tracer Study documenting the stories of 166 Indian women scholars and chaired a meeting with youth leaders, including previous competition winners, on some of the biggest challenges facing the world, the statement said.