“We need to recognise the duality in Pakistan’s position’’ 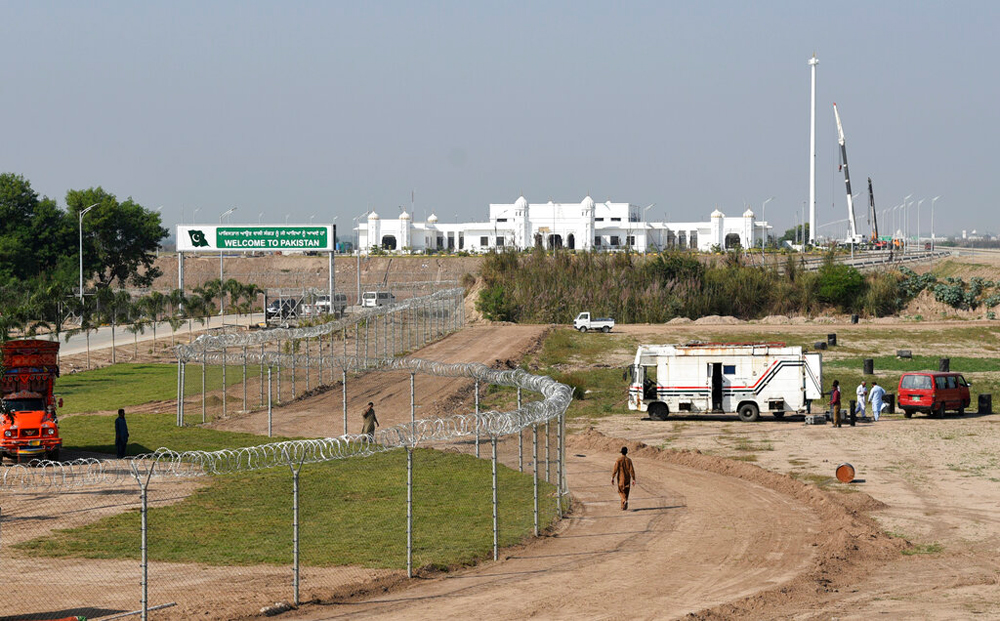 Construction in progress at the Pakistan side of the border for the Kartarpur Corridor near Dera Baba Nanak in Gurdaspur district on October 24
(AP photo)
Our Special Correspondent   |   New Delhi   |   Published 06.11.19, 08:57 PM

Three days before the official jatha is to leave for the first Kartarpur pilgrimage through the newly built corridor across the India-Pakistan border, New Delhi on Wednesday said Islamabad is trying to secure greater leverage in another border state of India and revive the Khalistan movement with this initiative.

“We need to recognise the duality in Pakistan’s position — that, despite whatever Prime Minister Imran Khan may say, the Kartarpur Corridor has a strategic purpose for Islamabad. The underlying strategic design of Pakistan is to have greater leverage in another border state of India, and promote the Khalistani movement in Punjab,’’ a government source said.

On Tuesday, Pakistan released its official video for the occasion that features Khalistani separatist Jarnail Singh Bhindranwale and two other slain terrorists.

The sources also said they were aware from the very beginning that the Kartarpur Corridor was not an initiative of Pakistan Prime Minister Imran Khan but that of the all-powerful Pakistan Army.

“From the Pakistani side, the project went ahead with unusual alacrity and survived two bilateral crises — Pulwama and Article 370 abrogation. This is evidence that powers higher than the civilian authorities were promoting it to build a softer image of Pakistan,’’ a source said.

However, when asked if India now feels it was a mistake to have accepted the Pakistani offer, the sources were categorical that it was not. “We walked into this with our eyes wide open, driven by sentiments of the people of Punjab. We don’t think it is a mistake in any manner,’’ a source said.

New Delhi has raised the video featuring Khalistani icons with Islamabad, asking it to walk the talk that it does not support any anti-India activity.

Amid the confusion created by Imran Khan’s tweet offering passport-free pilgrimage to Sikhs using the corridor, India has decided that it will continue to abide by the agreement and has asked all pilgrims to carry their passports if they are Indians or their Overseas Citizens of India cards if they hold another passport.

“After Imran Khan tweeted that offer, we asked Pakistan if they want to revisit the agreement. Since they have not responded, we will go by what has been written into the agreement. Agreements between countries cannot be amended with tweets,’’ a source said.

The first jatha of 550 pilgrims will leave for Gurdwara Darbar Sahib — the final resting place of Guru Nanak in Kartarpur — on Saturday and will be flagged off by Prime Minister Narendra Modi. The pilgrims will include his predecessor Manmohan Singh, Punjab chief minister Amarinder Singh, Union ministers Harsimrat Badal and Hardip Puri, MPs, MLAs and a cross-section of people from all walks of life and faiths.