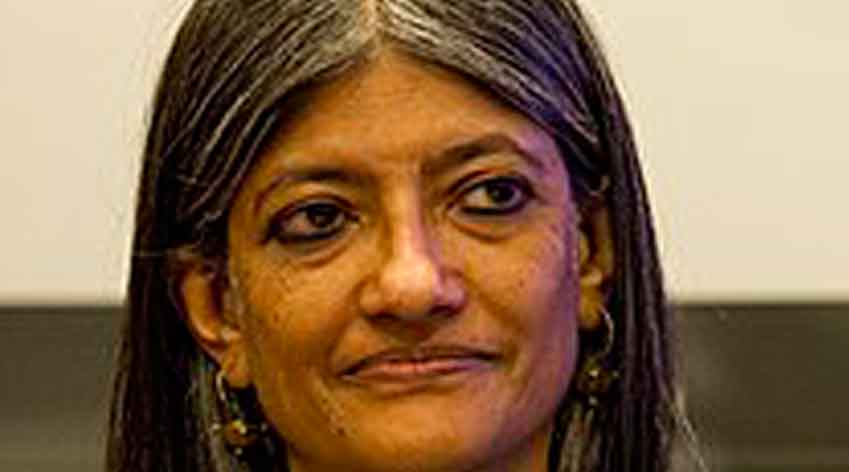 The “disclosure” statements of two arrested students carry the disclaimers “refuse to sign”. The operative parts are almost identical, including the spelling errors.

Yet, Delhi police have mentioned the names of academics Jayati Ghosh and Apoorvanand in a supplementary chargesheet dealing with the February Delhi riots in which 53 people were killed.

The contents of the chargesheet were leaked to a section of media on Sunday night but a “misinterpretation” by some of the privileged group has landed Delhi police in hot water ahead of Parliament session.

Delhi police are now scrambling to hammer home the message that mere mention of names does not amount to charging those named or treating them as accused.

But the very action of including the names on the basis of what looks like a shoddy “cut-and-paste job” has posed several questions before the police.

Two of the three arrested students had “refused to sign” their alleged “disclosure” statements. The handwritten sentence, “I refuse to sign”, is visible in one statement and “refuse to sign” in the other.

The names of CPM leader Sitaram Yechury and Swaraj India leader Yogendra Yadav were mentioned in the supplementary chargesheet on the basis of the alleged statement by the third student, which has been signed.

The operative parts of the purported disclosure statements by JNU students Devangana Kalita and Natasha Narwal, translated by Delhi police, are near-identical but for the students’ names and they mention “Jaidi Ghosh” and “Professor Apurva Nand”.

That the drafters meant economist and JNU professor Jayati Ghosh was clear when Delhi police issued a clarification saying “it is clarified that Shri Sitaram Yechury, Shri Yogendra Yadav and Smt Jayati Ghosh have not been arraigned as accused in the supplementary chargesheet….”Arraignment stands for formally accusing someone of a crime.

That the police meant Apoorvanand, who teaches in Delhi University, was apparent because he had been questioned earlier in connection with the riots case. 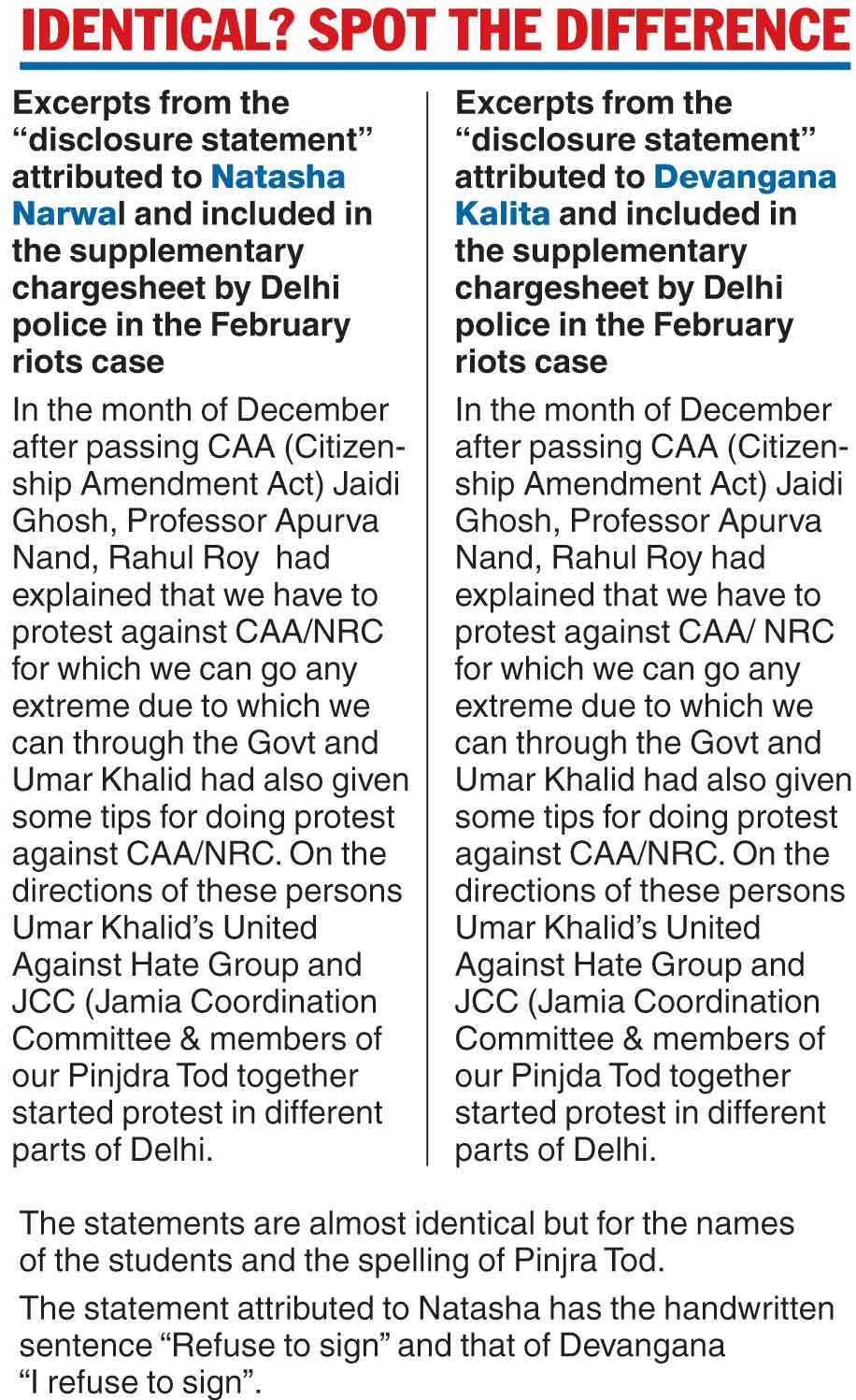 Supreme Court lawyer Kamini Jaiswal said: “The identical statements of the suspects recorded in police custody with (identical) spelling mistakes and grammatical error clearly shows it's a cut-and-paste job. Police officers dictated and their subordinates typed it and put the same thing in the mouth of the accused persons.”

She added: “It is a shocking state of affairs now. We do not have hope from anywhere. It is high time the courts should rise to the occasion and rescue the people.”

The lawyer said the so-called disclosure statements cited by the police were meant to harass and intimidate peaceful citizens.

“What is the value of such statements when the suspects have refused to sign it? It clearly means they do not agree to it. Such statements are not even worth the paper they are written on,” Jaiswal said.

Disclosures made in police custody, she said, are not permissible in court during trial. “Don’t police know the meaning of such statements? Yes, they know it very well but they are doing it to harass, intimidate, humiliate and terrorise peace-loving citizens…. They are doing it at the behest of their political masters.”

Trial court lawyer M.S. Khan said Section 25 of the Indian Evidence Act says “no confession made to a police officer shall be proved as against a person accused of any offence”.

“Under the Evidence Act, the statements cited by Delhi police to name political leaders/ civil society members are tainted and not admissible in court. It will be admissible if police find corroborative evidence,” he said.