Advocacy against law like CAA not a crime: Umar Khalid tells court

The remarks were made during the hearing in a case related to the communal violence that had broken out in northeast Delhi on February 24, 2020 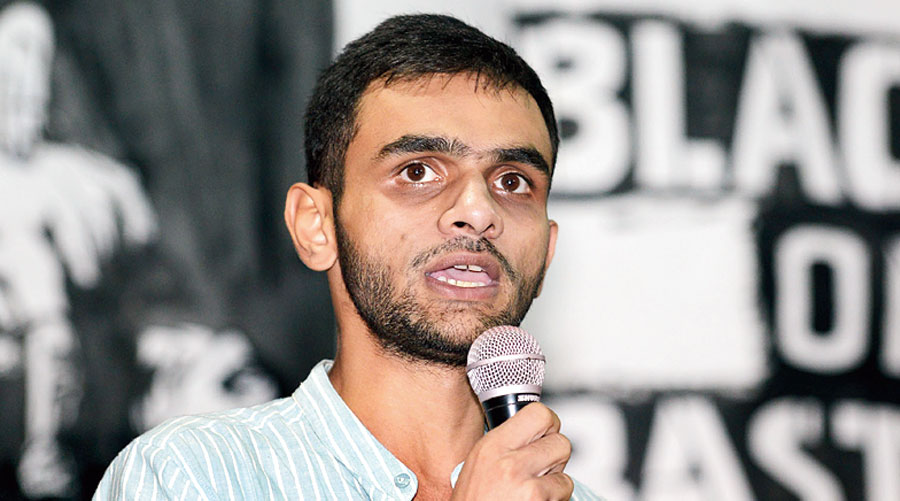 Advocacy against the law like the Citizenship Amendment Act (CAA) is not a crime, former JNU student leader Umar Khalid told a Delhi court on Monday, asserting that the police pressured the witnesses to give statements in the riots conspiracy case.

Senior advocate Trideep Pais, appearing for Khalid, also told the court that one of the protected witnesses had informed a police officer about the purported plans of the riots beforehand and asked why they took place if the police knew about it.

The lawyer made the remarks during the hearing in a case related to the communal violence that had broken out in northeast Delhi on February 24, 2020, after clashes between the Citizenship Amendment Act (CAA) supporters and its protesters spiralled out of control.

Arguing for Khalid's bail before Additional Sessions Judge Amitabh Rawat, Pais read out the statements of four protected witnesses and claimed that they were "written by the police and given to the witnesses to endorse."

In the last hearing, he had read the statements of two other witnesses and alleged that they were cooked up.

Today, he referred to one of the police allegations regarding an alleged secret meeting in Delhi's Seelampur area on January 23 and 24, 2020, in which Khalid had allegedly directed that the protests be escalated to riots and result in the spilling of blood of policemen and others.

For the Seelampur meeting, you [prosection] have six witnesses. One witness absolutely has nothing on me. Another witness had nothing on me in the police statement but introduced a provocative speech in a statement before the magistrate, he told the court.

The lawyer added, A third witness is a person who was miraculously in touch with the police since January and kept the SHO informed at every level but does nothing about it. One other witness is the only person who says there was a secret office and not a meeting. No witness calls it a secret meeting. These statements without any doubt are procured.

Pais told the court that a witness met the station house officer (SHO) in January 2020 and that the officer knew everything about the riots plan beforehand.

He says that I was regularly in touch with SHO who asked me to keep him updated. So, Seelampur SHO knew everything. How did we have riots in the city? This brilliant intelligence he had about this and he did not register an FIR. If you are in touch with the SHO, then why did you not ensure that nothing went on? he asked.

Besides this, the lawyer said that another witness did not speak of the alleged secret meeting in the statement given to the police, but seven days later, the witness miraculously mentioned it in a statement given before a magistrate.

Obviously, the statement did not suit the police and they could not go back and change it so they ensured that the witness goes to the magistrate and say this. Remember one thing, advocacy against a law is not a crime, he said referring to the opposition to the CAA.

Why would you believe this witness? The witness has clearly been pressured to give statements, he asserted.

The lawyer said even though the witness did not claim to be present in the meeting, it still gave granular details and claimed that JNU student Natasha Narwal was present there but her Call Data Record (CDR) showed otherwise.

He further said that one other witness did not speak about the alleged secret meeting or Khalid in his statement to the police on April 16 but suddenly recalled that the accused gave a provocative speech in a statement before the magistrate on April 24.

The lawyer said that the fourth witness did not speak about the meeting at all.

Delhi Police have given imaginary names to the witnesses such as Echo, Delta, Gamma, and Yanky, Sierra, and Smith to protect their identity.

In the last hearing, Khalid told the court that statements of the witnesses in the case were written by someone else and given to them as police did not have any evidence.

Umar Khalid and several others have been booked under the Unlawful Activities (Prevention) Act (UAPA), a stringent anti-terror law, and are accused of being the "masterminds" of the February 2020 riots in the national capital which had left 53 people dead and over 700 injured.