A book blast from the past 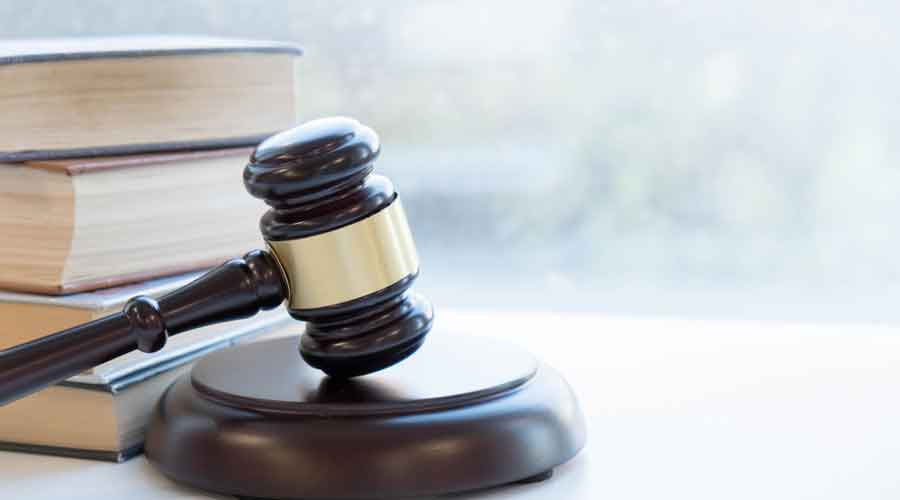 At least one of the authors of a book on the Delhi riots who are protesting against its withdrawal by the publisher had earlier helped fight a lawsuit against another book that led to its recall
Shutterstock
Pheroze L. Vincent   |   New Delhi   |   Published 07.09.20, 02:00 AM

At least one of the authors of a book on the Delhi riots who are protesting against its withdrawal by the publisher had earlier helped fight a lawsuit against another book that led to its recall.

The riot book’s three authors met police commissioner S.N. Srivastava on Thursday and lodged a complaint against British publisher Bloomsbury for shelving their book, and against several authors, publications and activists who had urged a boycott of the volume.

Bloomsbury withdrew the book — Delhi Riots 2020: The Untold Story by lawyer Monika Arora and Delhi University teachers Prerna Malhotra and Sonali Chitalkar — last month following allegations that it falsely portrayed the riot victims as the perpetrators. This has led to a public debate over the freedom of expression.

But one of its authors, Arora, had argued differently when the question of pulling another book had come up.

Arora had earlier represented Hindutva activist Dinanath Batra who had waged a legal battle from 2010 to get Penguin Books India to withdraw American scholar Wendy Doniger’s The Hindus: An Alternative History.

In 2014, the publisher agreed to withdraw the Indian edition and pulp all its remaining copies rather than risk punishment under Section 295A of the Indian Penal Code that criminalises insults to religion.

Since Bloomsbury’s pullout of the riot book last month, supporters of the authors have been invoking the freedom of expression to attack the book’s critics.

Little prevents Arora from representing any client, and the arguments put forth on behalf of the client need not reflect the personal views of the lawyer.

However, the tone of a statement Arora had issued as the advocate for Batra after the settlement of the Penguin India case in 2004 stands out now. “This lynch mob and intolerant pseudo-secularists in the name of freedom of expression are crying from rooftops and demanding freedom of defamation.... This intolerant section has one motto, damn everyone who does not agree with them in the name of freedom of expression,” the statement had said.

Arora, who contested as a BJP candidate in the 2003 Assembly polls, had not respond till Sunday evening to a query from The Telegraph on the contrast between her arguments on book withdrawals in 2014 and 2020.

The book on the Delhi riots is based on a fact-finding report Arora, Malhotra and Chitalkar had authored at the initiative of the Group of Intellectuals and Academicians (GIA), which was submitted to the home ministry in March. The report blamed the riots, which claimed 53 lives, on the protests against the new citizenship regime that began last December.

The GIA had previously prepared a controversial report on the gang rape and murder in 2018 of an eight-year-old girl in Kathua, Jammu, where the accused were Hindus and the victim a Muslim.

Its authors, who included Arora and Chitalkar, had claimed that it was not a gang rape and that the suspects had been tortured and local people harassed by police. The police had rebutted the charges and cited the girl’s post-mortem report that confirmed gang rape.

In 2019, three of the accused were convicted of gang rape and murder and three others of destruction of evidence.

News of the launch of the riot book last month had led to several authors previously published by Bloomsbury dissociating themselves from the publisher.

Bloomsbury then withdrew the book on the ground that the authors had organised its online launch without informing it, “with participation by parties of whom the publishers would not have approved”.

At the virtual launch, BJP national general secretary and Rajya Sabha member Bhupendra Yadav had “released” the book along with party leader Kapil Mishra, accused by the Delhi Minorities Commission as the main provocateur of the riots.

The authors have disputed Bloomsbury’s claim of ignorance of the launch event.

In their police complaint, which Srivastava received in person in an unusual move, the authors have said: “A venomous campaign emerged on social media especially Twitter when this group of individuals/ propagandists widely known as the ‘Urban Naxal Gang’ conspired and went all out to kill the book by pressurising, intimidating, bullying and blackmailing the publisher.”

They accused Delhi University sociology professor Nandini Sundar of “illegal receipt and retention of stolen property” —a reference to the text Nandini had read and found fault with.

Nandini had earlier sent the authors a notice for allegedly defaming her in the book after unknown sources freely circulated the manuscript within the academic community.

In her notice, Nandini had cited the following sentence as an example of the alleged falsehood the book propagates: “Professor Nandini Sundar, a well-known protagonist of break India, had told Karan Thapar in an interview on now-defunct Tiranga TV channel that she stood for the breaking of India into smaller independent states premised on ethnicity and religion.”

Nandini had written on Facebook: “I have never given an interview to Karan Thapar on Tiranga and nowhere said that I support the breaking of India into smaller independent states based on ethnicity and religion.”

On Thursday, quoting the charge levelled against her in the authors’ police complaint, Nandini wrote on Facebook: “There have been tweets and news reports about the contents of the book since August 22, when the chief guest of the launch function himself tweeted: ‘The book is public now’. Monika Arora, who was best situated to judge whether these reports were based on ‘stolen property’, has chosen to keep quiet about it till now.”

Nandini added: “If Arora or Bloomsbury have not complained about any ‘stolen property’ (till Thursday), what business is it of mine ‘to take any appropriate legal measures to bring it to the notice of authorities’?”

The police complaint, tweeted by the authors, says Nandini should have brought her receipt of the “stolen property” to the notice of the authorities.

In Thursday’s Facebook post, Nandini had underlined that Arora had till then not responded to the notice or denied its contention.

“Significantly, Ms Arora does not deny that the ‘stolen’ book contains inaccurate statements about myself that infringe the law. Yet, as a restrained measure, I just brought it to their notice. This reaction (police complaint) is laughable,” Nandini wrote.