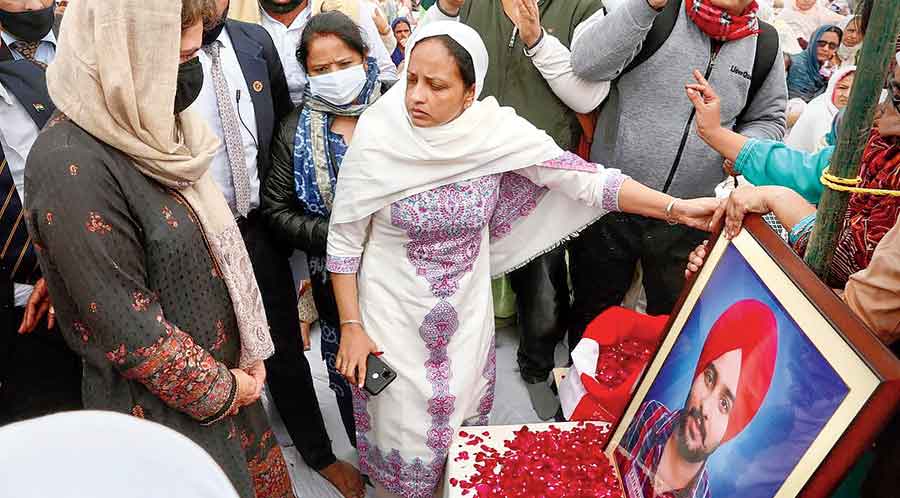 Delhi High Court on Thursday directed Uttar Pradesh police to provide the original X-ray plate and video of the post-mortem of the 25-year-old farmer who died after his tractor overturned during the tractor rally on Republic Day.

Justice Yogesh Khanna said he wanted both the original documents to be handed over to the official of Delhi police on March 5 at 2pm and they should be retained by the investigating officer in safe custody.

The high court was hearing a plea by deceased Navreet Singh’s grandfather — Hardeep Singh — claiming that the victim suffered gunshot injuries to his head. His post-mortem was conducted at Rampur district hospital in Uttar Pradesh.

However, both the Delhi and Uttar Pradesh police claimed before the court that Navreet did not suffer any gunshot wound.

Delhi government’s standing counsel (criminal) Rahul Mehra, representing Delhi police, told the court that though they had requested Uttar Pradesh police to give original X-ray plate and post-mortem video, the officials of Rampur police and hospital denied the same, unless ordered by the court.

Advocate Garima Prashad, representing Uttar Pradesh police and the chief medical officer of the hospital, said they did not have the X-ray report, but only the X-ray plate and the post-mortem report, which they were willing to hand over to Delhi police on the date and time fixed by the court.

She said the original post-mortem and inquest reports had already been handed over to Delhi police.

Advocate Vrinda Grover, representing the petitioner, sought a copy of the X-ray, post-mortem and inquest reports.

When Mehra said they had no objection in giving those documents to the petitioner, the high court said, “Let the needful be done,” and listed the matter for further hearing on March 17.

Grover also said once the original X-ray plate was received from Uttar Pradesh police, the court could ask AIIMS or any other forensic department to prepare a report.

Delhi police had earlier said that according to the post-mortem report, the young farmer died because of a head injury as a result of the accident.

The petition, also filed through advocate Soutik Banerjee, has sought a court-monitored special investigation team to probe the death.

Delhi police, also represented by advocate Chaitanya Gosain, have relied upon the footage collected from CCTV cameras located at the site — Deen Dayal Upadhyay marg — where the farmer died, and said he was driving the tractor at high speed and the vehicle overturned after hitting the barricades.

Delhi police agreed to show the footage to the petitioner’s counsel. It had said the footage also showed that the police personnel were running away for safety from the speeding tractor and that none of them fired at the vehicle or the driver.

Delhi police have also said that the CCTV footage indicated that the protesters did not take the injured farmer to any nearby hospital and instead attacked the ambulances that reached the site after hearing about the accident. It had said the protesters kept the body on the road for five hours and then spread rumours that he was killed in police firing.

Uttar Pradesh police, in its status report, had said no FIR had been registered by it in connection with the death as claimed by the petitioner.