A closed-door meeting was held in the morning by Chief Justice D. N. Patel and the senior most judges of the high court 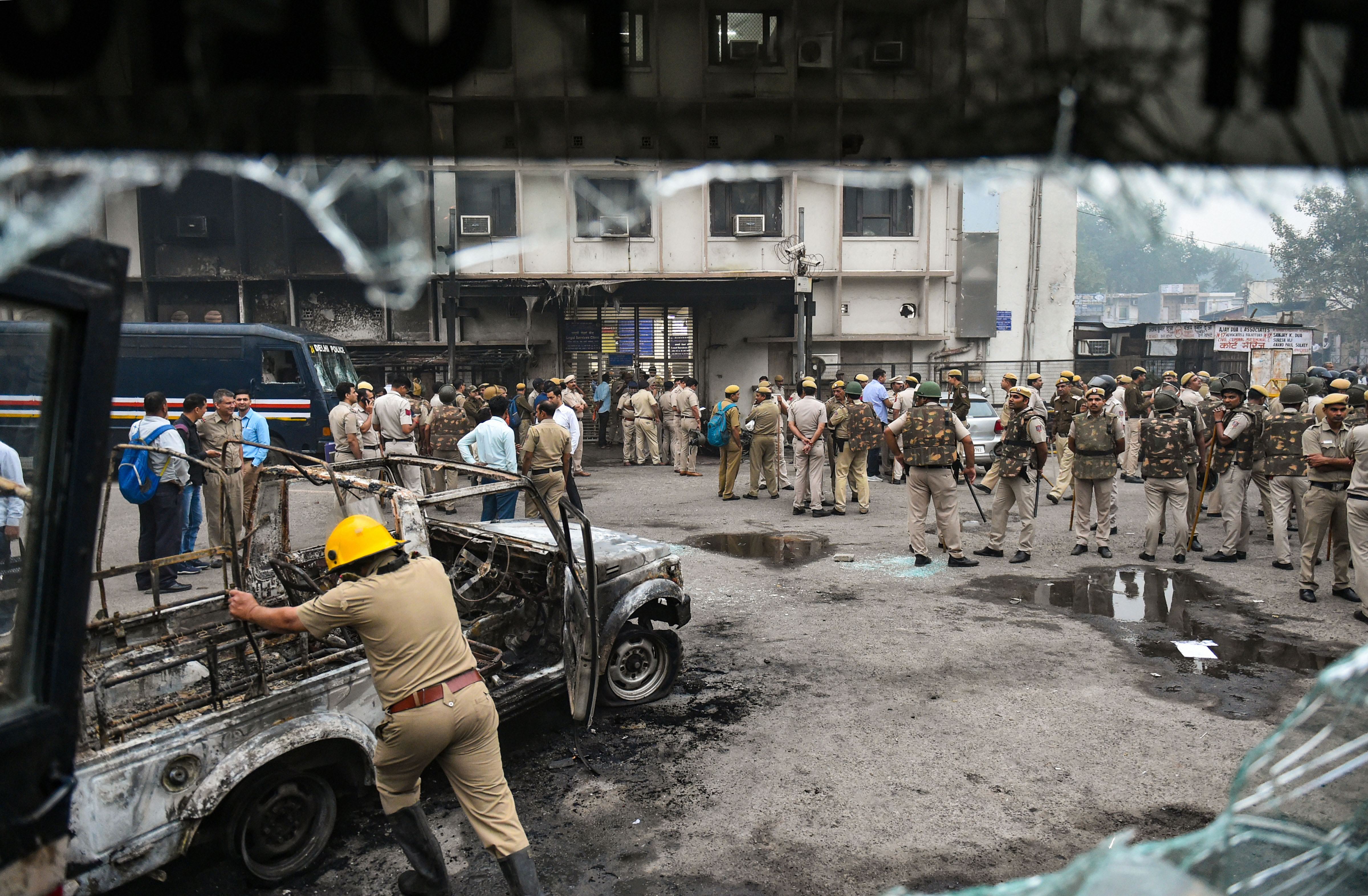 The Delhi High Court on Sunday decided to take up for hearing the issue pertaining to the clash between lawyers and police at the Tis Hazari court in New Delhi, which resulted in injuries to several persons.

He said a closed-door meeting was held in the morning by Chief Justice D. N. Patel and the senior most judges of the high court.

The meeting was also attended by senior police officers and additional chief secretary of the Delhi government, the registrar general said.

After the meeting, the court decided to hold a hearing at 1 pm, he said.

The high court has issued a notice and sought response of the Centre, Delhi police commissioner and the chief secretary on the clash.

It has also asked police personnel who were involved in the clashes to be present in the court at 3 pm when it will commence hearing on the issue.

The court also issued notices to the Bar Council of Delhi and all the bar associations of the Delhi district courts.

On Saturday, the high court had held an over five-hour-long meeting on the clash between the lawyers and police.

In the meeting, the senior police officers had said that an FIR was lodged and investigation was underway.

The RG said the Chief Justice has taken a 'very serious view' of the matter and that the high court is 'deeply concerned about the safety of litigants and lawyers'.

He had said the high court would be keeping a very close eye on the entire incident to ensure that action is taken against all the guilty persons.

Lawyers and police had clashed at Tis Hazari Court complex on Saturday afternoon during which at least 10 police personnel and several lawyers were injured, while 17 vehicles were vandalised, according to officials and eyewitnesses.

Lawyers had claimed that four of their colleagues were injured, including one in police firing, but the police denied that it had opened fire.