Delhi government decides to implement curbs under stage 4 of GRAP 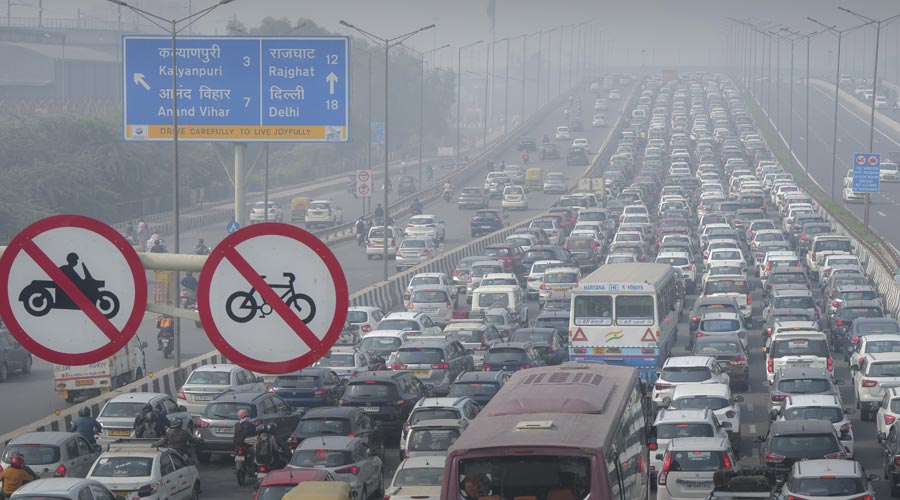 Alarmed by hazardous pollution levels in Delhi, Environment Minister Gopal Rai on Friday ordered 50 per cent staff of the Delhi government to work from home and said an advisory will be issued to private offices to follow suit.

Earlier in the day, Chief Minister Arvind Kejriwal said primary schools will be closed from Saturday in a bid to protect children from the effects of worsening air quality.

At a press conference, Rai said schools will be asked to curtail outdoor activities of senior students.

He said the Delhi government has decided to implement the anti-pollution curbs recommended by the Commission for Air Quality Management (CAQM), including a ban on non-BS VI diesel-run light motor vehicles.

"At a meeting with departments concerned, it has been decided that 50 per cent staff of government offices will work from home from Monday and an advisory will be issued to private offices to follow suit," Rai said.

In a bid to ramp up public transport, the government will also launch 'Paryavaran Bus Service' which will include 500 privately-run CNG buses.

Rai said a six-member panel chaired by the special commissioner, transport, has been set up to monitor the implementation of curbs on anti-polluting activities. It will have two members each from the transport department, traffic police and the Delhi Pollution Control Committee.

Revenue commissioners have been asked to prepare a plan for staggered timings of markets and offices.

The Delhi government will request Haryana and Uttar Pradesh to divert trucks from the entry point of peripheral expressways around Delhi.

Resident welfare associations will be asked to provide electric heaters to security staff to prevent burning of coal and firewood. Special task forces will be constituted to curb air pollution at hotspots.

He said the odd-even car rationing scheme will be implemented if need arises and discussions on it are on.

According to a study conducted by The Energy and Resources Institute in 2018, vehicular emissions account for around 40 per cent of the PM 2.5 pollution in the capital.

The CAQM -- a statutory body formed in 2021 to tackle air pollution in Delhi-NCR -- had in an order on Wednesday said state governments may take a call on the closure of educational institutions, non-emergency commercial activities and plying of vehicles on odd-even basis.

Thick smog blanketed Delhi on Friday as the city's air quality remained in the "severe" zone for the second consecutive day, primarily due to unfavourable meteorological conditions and raging farm fires in Punjab.

The overall air quality index (AQI) of Delhi stood at 445 at 2 pm. An AQI of above 400 is considered "severe" which can affect healthy people and seriously impact those with existing illnesses. Almost all air quality monitoring stations reported "severe" air quality, while 13 of them logged an AQI of more than 450.

According to the World Health Organization, a 24-hour average PM2.5 concentration of up to 15 microgram per cubic metre is considered safe.

The 24-hour average AQI in the capital had jumped to 450, just a notch short of the 'severe plus' category, on Thursday, prompting authorities to invoke the final stage of anti-pollution curbs under the Graded Response Action Plan, including a ban on non-BS VI diesel-run light motor vehicles.

The entry of trucks other than electric and CNG ones in Delhi is banned too. Those carrying essential commodities are exempted.