Voices from the ground as farmers marched in the capital 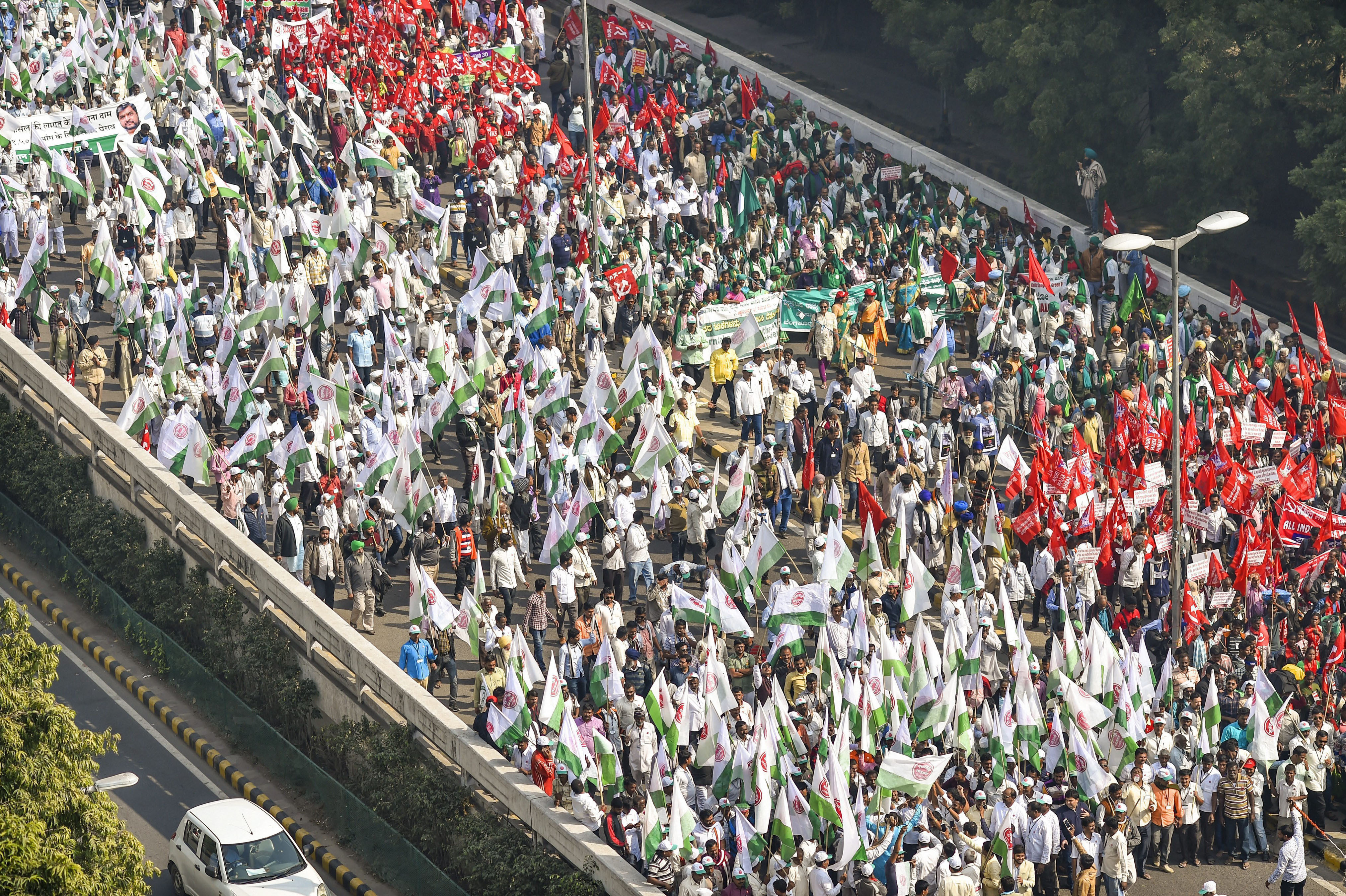 Several thousand farmers have gathered in New Delhi in an attempt to highlight agrarian distress to lawmakers.

The All India Kisan Sangharsh Co-ordination Committee, an umbrella organisation of 200 farmers’ outfits and the mover behind the march, wants a special, 21-day joint session of Parliament, dedicated entirely to discussing the agrarian crisis and related issues with testimonies of farmers shared on the floor of Parliament. The organisation aims to draw attention to two bills – the Farmers’ Freedom from Indebtedness Bill, 2018, and the Farmers’ Right to Guaranteed Remunerative Minimum Support Prices for Agricultural Commodities Bill, 2018 - that are awaiting discussion. They also want the role of women farmers, whose labour upholds the rural economy, to be recognised and acknowledged. 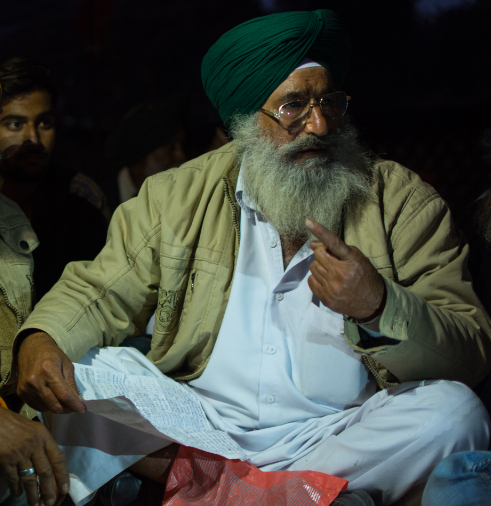 Kalwant Singh from Uttar Pradesh at the Ramlila Grounds on Thursday.
Photo by Javed Sultan 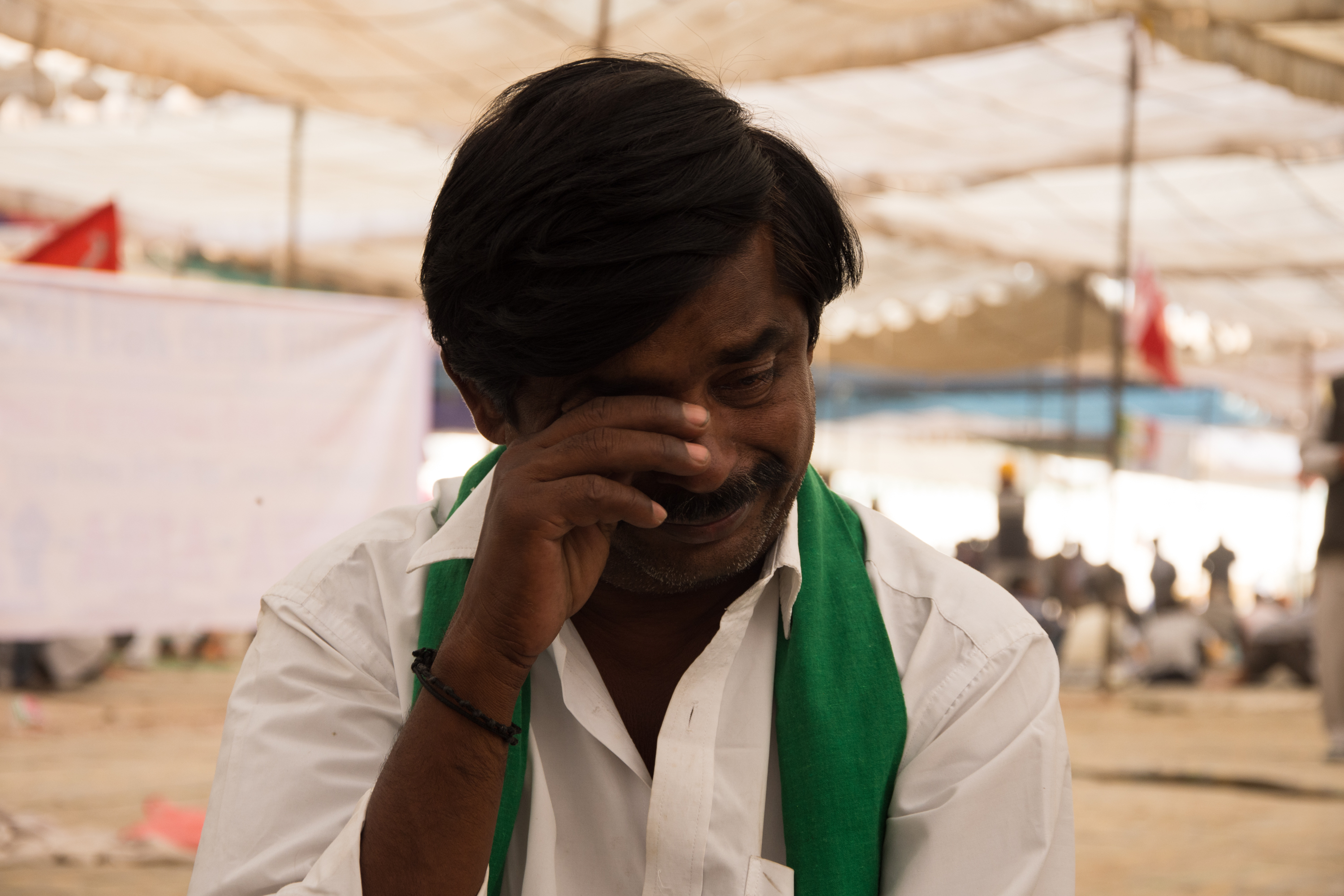 Ponnusamy C. at the Ramlila Grounds on November 29
Photo by Javed Sultan 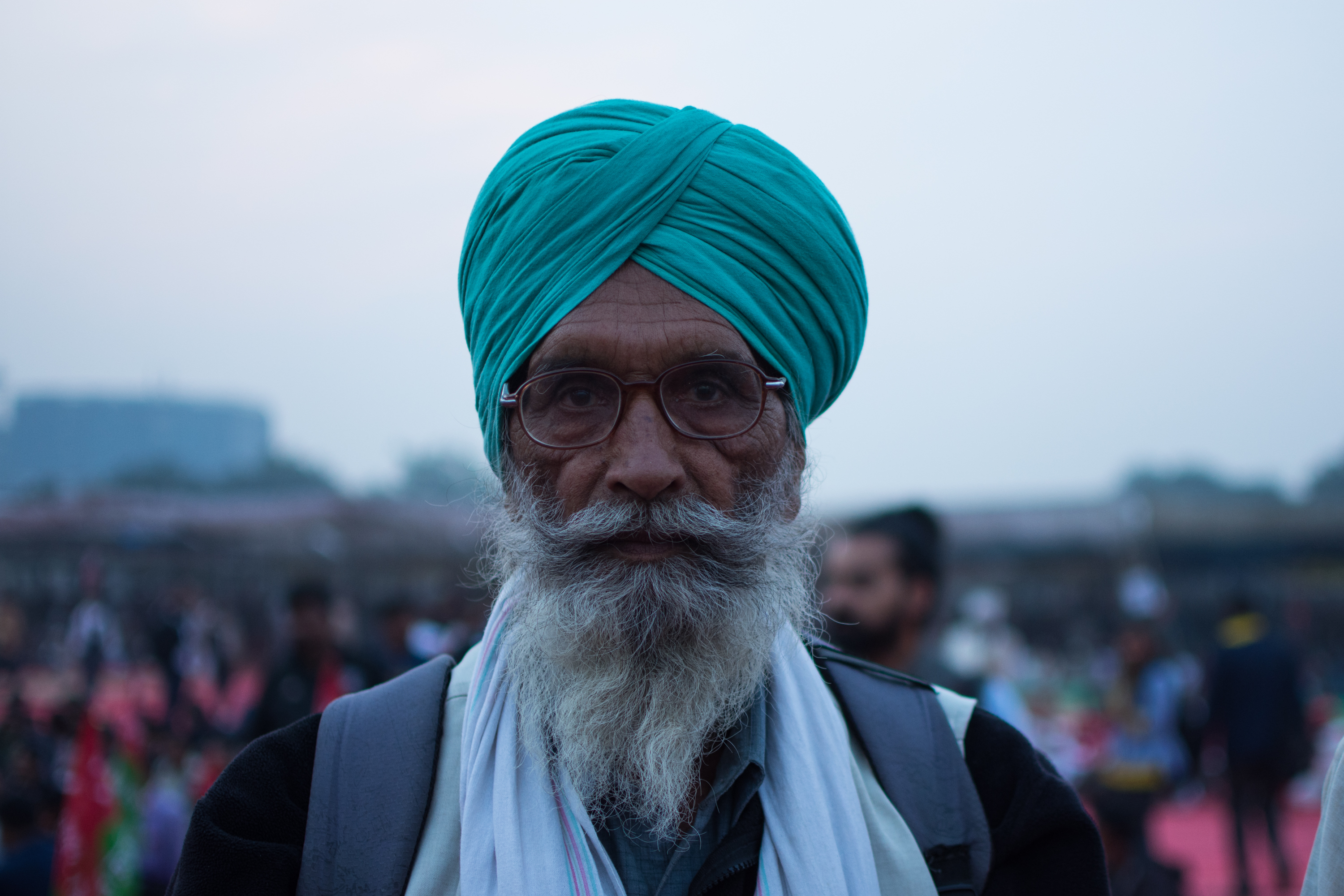 Baldev Singh, 70, among other farmers and rural labourers in New Delhi on Thursday.
Photo by Javed Sultan 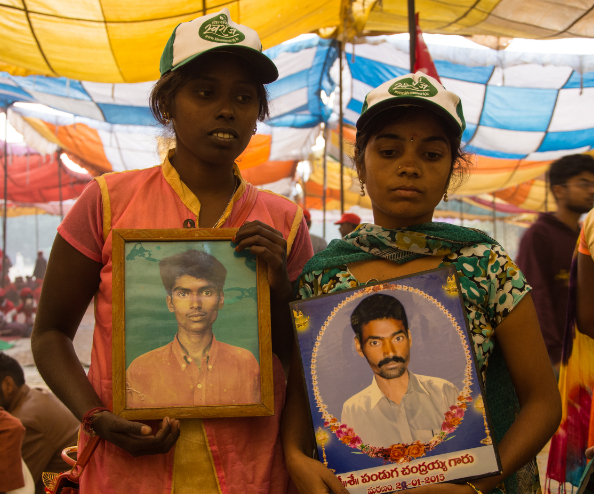 What they said: Ramiah and Ashwini are both 20 and both held up photographs while speaking at the Ramlila Grounds. The photograph Ramiah was holding was that of her father, P. Chandrayia. Ashwini had the photo of her brother, D. Ramesh. Both men were landless farmers who committed suicide because they couldn't repay loans in the same village. Ramesh committed suicide in 2003 and Chandrayia in 2015. Both had laboured to grow cotton.