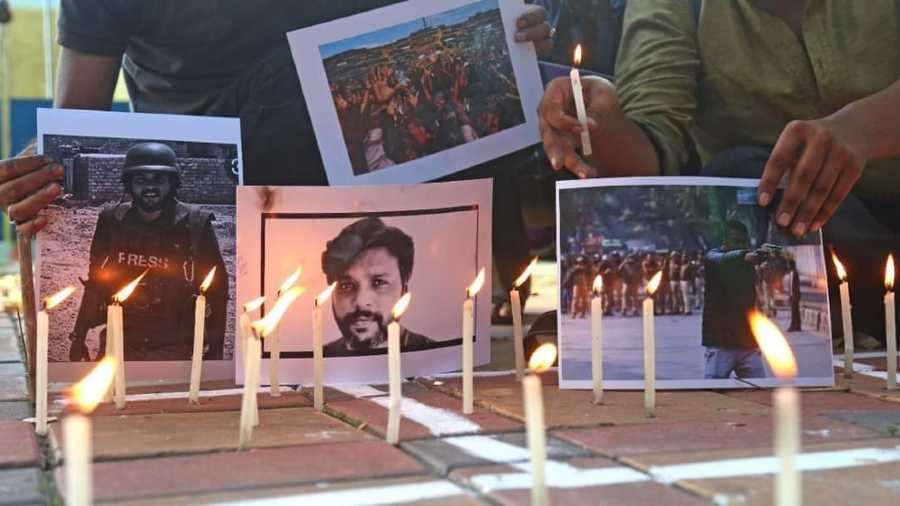 Siddiqui, in his early 40s, was killed during clashes between Afghanistan troops and the Taliban in Spin Boldak district in Kandahar on Friday. He was covering the situation in Kandahar.

"He worked with passion and dedication about the stories he covered and always focused on the people caught up in difficult circumstances," Sinha said in a statement.

The WNCA expressed concern over the "growing trend of attack on media persons while doing their professional duties".

"...Media fraternity is always working as frontline warriors and working under increasing threat and it's a matter of deep concern to the working journalists and democratic world," it said in a statement.

Meharban remembered Siddiqui who was his college senior and mentor in the profession.

Siddiqui's work as a photojournalist with Reuters news agency since 2011 involved reporting on the wars in Afghanistan and Iraq, the Rohingya refugee crisis, the protest in Hong Kong and earthquakes in Nepal.

Based in Mumbai, he had received the Pulitzer Prize as part of the photography staff of the news agency.

He graduated with a degree in Economics from Jamia Millia Islamia, Delhi. He had a degree in Mass Communication from the AJK MCRC in Jamia in 2007.

Starting his career as a television news correspondent, he switched to photojournalism and joined Reuters as an intern in 2010.