He said the nomination will now be filed on Tuesday, which is also the last day for the filing of nomination. 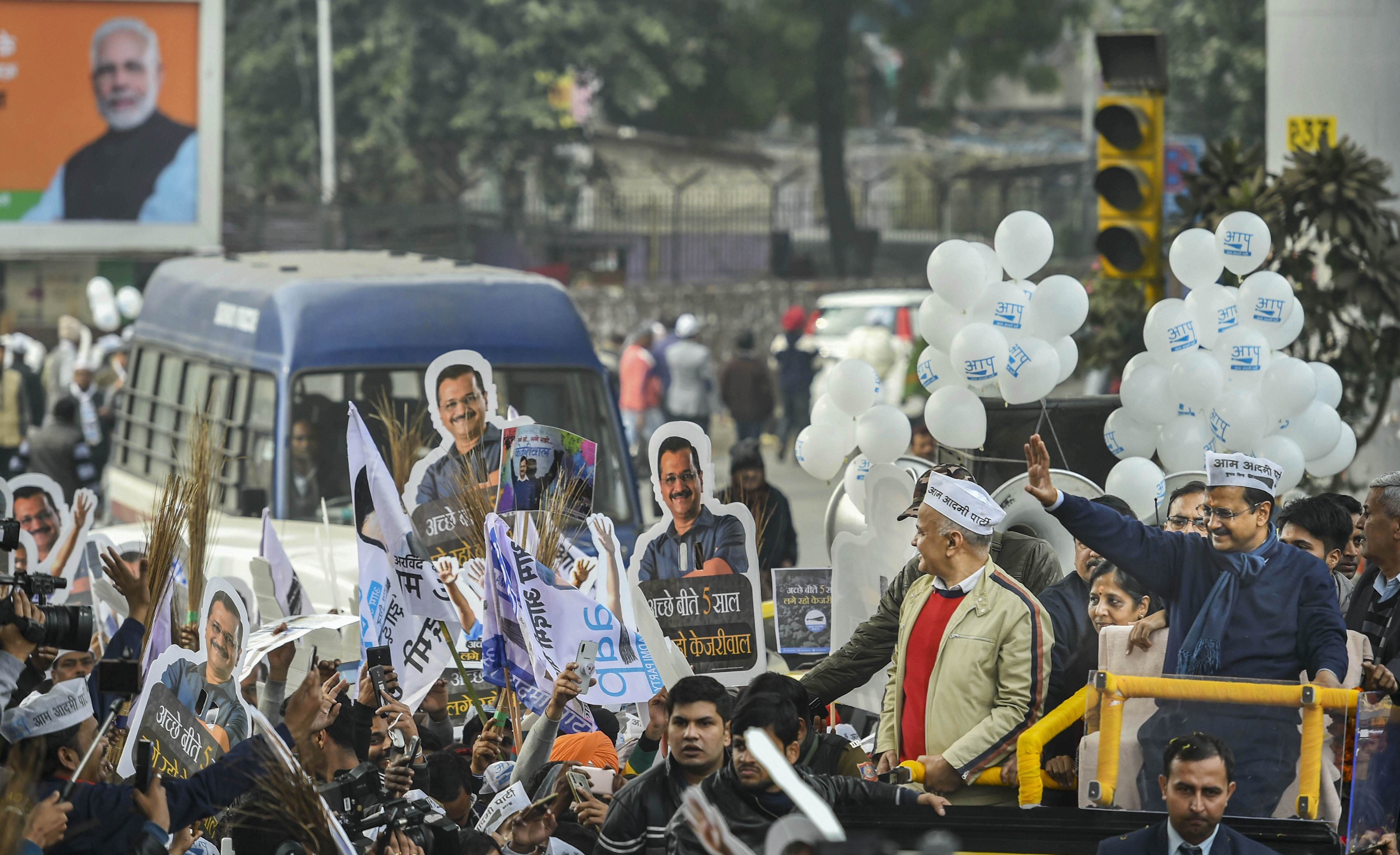 Delhi chief minister Arvind Kejriwal, who was expected to file his nomination for the Assembly elections after a massive roadshow on Monday, will file his papers on Tuesday due to a delay caused by his rally.

Kejriwal said the nomination will now be filed on Tuesday, which is also the last day for the filing of nomination.

'I was supposed to file my nomination today but the office closes at 3pm. I was asked go in between and file the nomination but I said how can I leave people at the road show and go? I will go to file nomination tomorrow with my family,' Kejriwal said.

Scores of supporters walked in the rally holding brooms as he waved to them and flashed the victory sign amid chants of 'acchhe beete panch saal, lage raho Kejriwal' (5 years went well, go on Kejriwal).

In an open yellow coloured jeep, Kejriwal waved and greeted his supporters as his family stood behind him. Deputy Chief Minister Manish Sisodia and AAP leader Sanjay Singh and Gopal Rai were also present in the rally.