Advertisement
Home / India / Day after stick, burst of CAA detainee graffiti
The more you crush, someone will push back 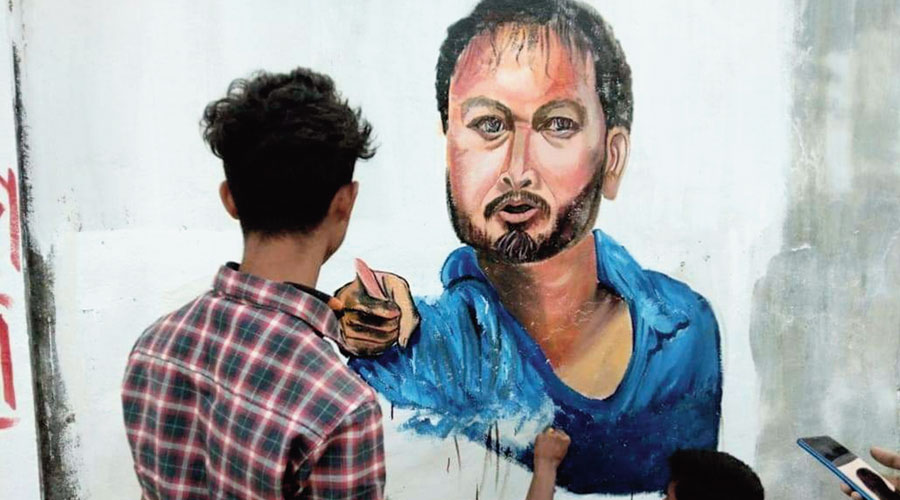 Some of the graffiti and slogans on Akhil Gogoi that came up at two places at Amguri in (below) Sivasagar district of Assam on Friday
Sourced by correspondent
Umanand Jaiswal   |   Guwahati   |   Published 21.11.20, 03:53 AM

Let a hundred flowers bloom, Mao Zedong had exhorted the Chinese in the 1950s, only to crack down when a hundred schools of thought did sprout.

Let not a single mural of Akhil Gogoi be painted without permission, declared Assam police on Thursday, only to wake up to a burst of public art on the peasant organisation leader.

Gogoi has been in jail since December 12 last year when protests against the Citizenship Amendment Act (CAA) were raging.

The Satra Mukti Sangram Samiti (SMSS), student wing of the KMSS, had given a call on Thursday night for a protest through public art after one of its members and four artists were detained by the police in Guwahati for painting without permission wall graffiti demanding Gogoi’s release. The detainees were made to paint over the mural following their release after four hours.

On Friday, graffiti, slogans, posters and banners were painted or put up on government properties, including walls and bridges, demanding “justice” for Gogoi. One picture had Gogoi asking from behind bars: “Why are you afraid of releasing me?” 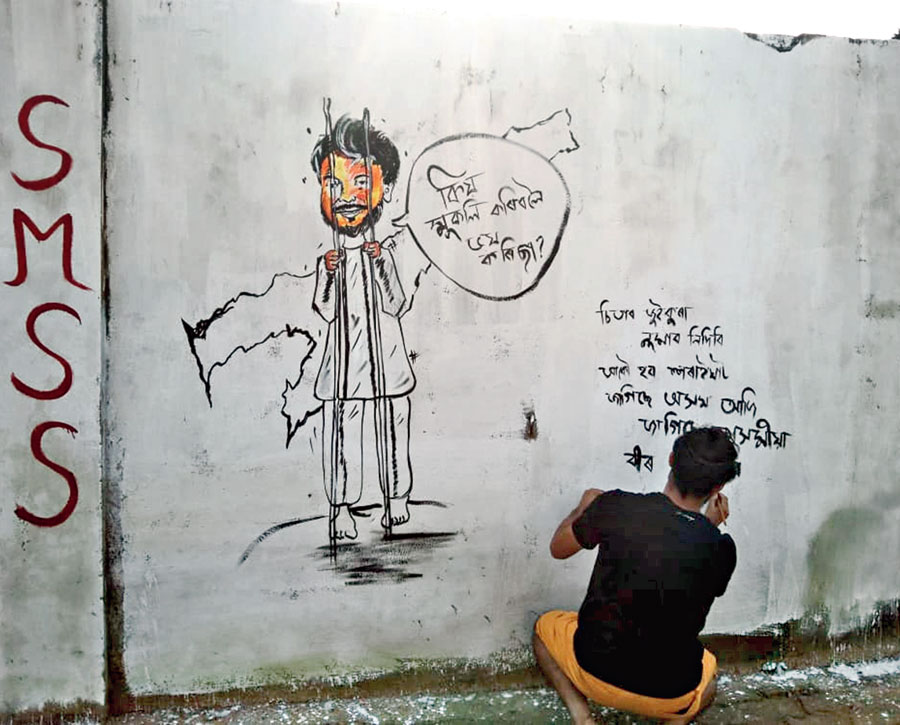 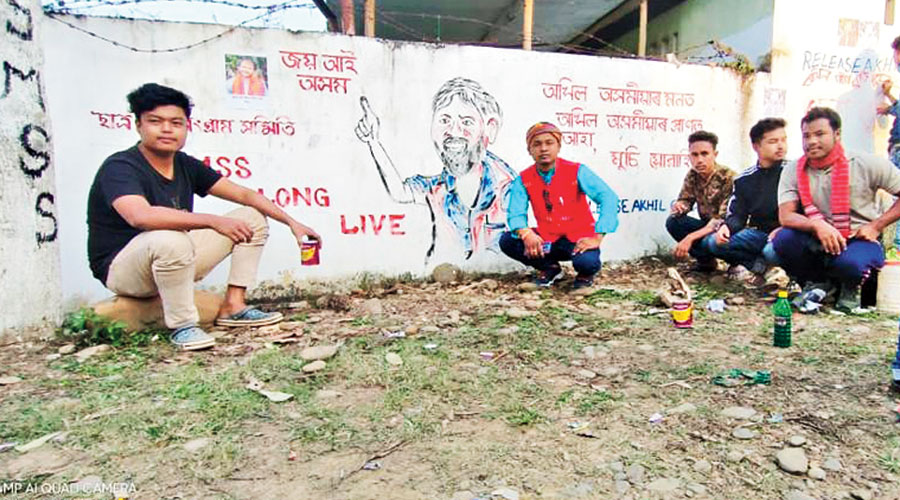 The graffiti and slogans in Barpeta and Golaghat districts 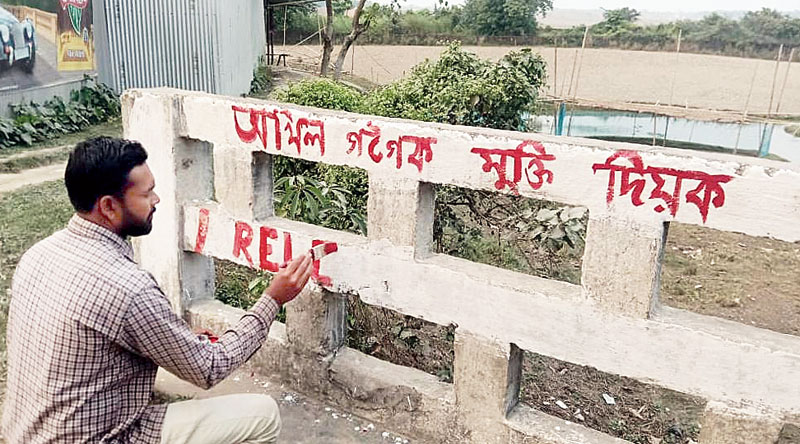 One case after another has been slapped on Gogoi to keep him behind bars even as he kept obtaining bail. Both the KMSS and the SMSS espouse the cause of Assam and see the CAA as a threat to their identity and culture.

“The call has evoked a good response. Nobody took permission today. Thursday’s was an attack on freedom of expression. How long can you keep us shut?” SMSS assistant general secretary Pranjal Kalita told The Telegraph on Friday evening.

“One, protest against Thursday’s action trying to trample on the freedom of expression and, second, the demand for Akhil’s release. Akhil’s detention is not justified as far as public opinion is concerned,” Lahkar said.

Dewan Dhrubajyoti Maral, convener of the state BJP media department, said there was no bar on the democratic expression of protest with permission.

“If somebody wants to draw or paint on government property, they need to have permission. It is an issue of law. Moreover, the person (Gogoi) is in jail,” Maral said.