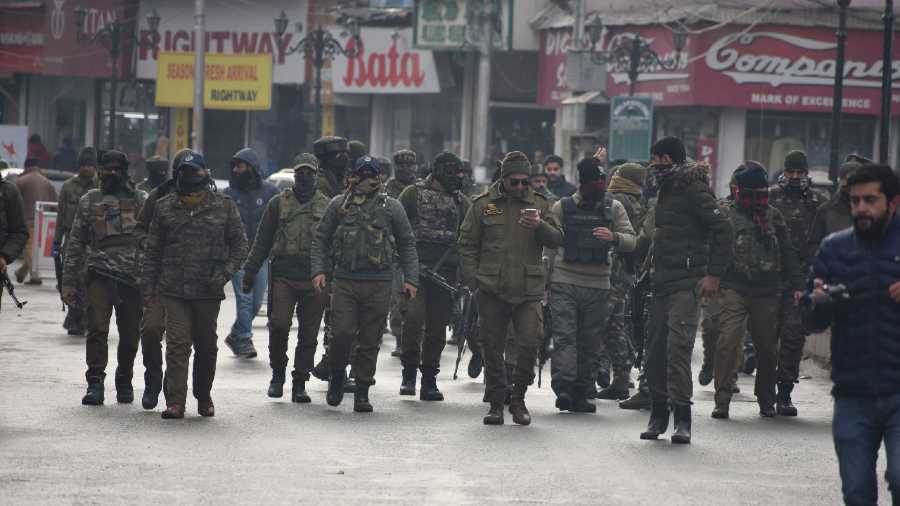 Curfew was imposed and the Army called in to conduct a flag march in Bhaderwah of Doda district in Jammu and Kashmir as tension spread in the area Thursday evening after alleged inflammatory speeches were delivered from a mosque, officials said.

Police have registered a case over the alleged inflammatory speeches and warned people against taking the law into their own hands.

"Curfew has been imposed as a precautionary measure in view of communal tension," an official said, adding that additional security personnel have been deployed in the area to ensure peace.

According to officials, inflammatory speeches were made during a protest against derogatory remarks made against Prophet Mohammad by now-suspended BJP spokesperson Nupur Sharma.

"Action has been taken (over inflammatory speeches). A case has been registered under IPC sections 295-A (deliberate and malicious acts, intended to outrage religious feelings of any class by insulting its religion or religious beliefs) and 506 (punishment for criminal intimidation) at Police Station Bhaderwah," the official said.

"Anyone who takes the law into his own hands will not be spared," he said.