Screening recommended for recovered persons regardless of age or smoking habit 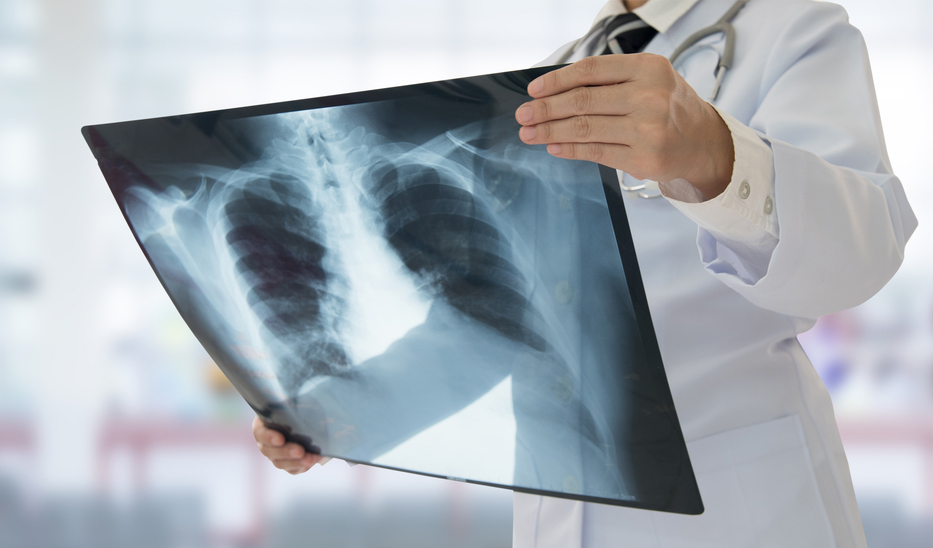 The new study from Pune, just published in the journal PLOS One, is the first to document lung function defects and COPD in young non-smokers aged between 23 and 39 during the 12 months after they completed tuberculosis treatment.
(Shutterstock)
G.S. Mudur   |   New Delhi   |   Published 02.06.19, 10:47 PM

Many patients who have successfully completed treatment for tuberculosis may continue to display poor lung function and face the risk of chronic obstructive pulmonary disease (COPD), a study in India has indicated.

Health researchers who detected a surprisingly high proportion of undiagnosed lung function defects, including COPD, in young non-smokers cured of tuberculosis have recommended lung function screening for all recovered TB patients regardless of their age or smoking history.

The researchers tracked 172 patients for 12 months after they had successfully been treated for pulmonary tuberculosis and found that 42 of them (24 per cent) had airflow obstruction. More than half the patients with airflow obstruction — 25 in all — were diagnosed with COPD after they failed to respond to conventional bronchodilator medicines.

Earlier studies from Latin America, Africa and China had suggested that people with a history of tuberculosis had higher prevalence of COPD, an irreversible lung disorder with symptoms such as difficulty in breathing, cough and fatigue.

A study from Chennai a decade ago too had observed that 65 per cent of cured tuberculosis patients had poor residual functions.

The new study from Pune, just published in the journal PLOS One, is the first to document lung function defects and COPD in young non-smokers aged between 23 and 39 during the 12 months after they completed tuberculosis treatment.

“The high proportion of COPD in such young patients is alarming,” said Akshay Gupte, a doctor turned epidemiologist at the Johns Hopkins Centre for Clinical Global Health Education in the US and the study’s lead author.

He told The Telegraph: “The current guidelines for following up on patients cured of TB may need to change.”

At present, the guidelines do not demand mandatory follow-ups on patients who have been cured of tuberculosis after the standard six-month regimen of medications.

Gupte and his collaborators at the National Institute for Research on TB, Chennai, and the Beeramjee Jeejeebhoy Government Medical College, Pune, found that of the 42 patients with airflow obstruction, only nine (21 per cent) showed a reversal of symptoms after bronchodilator treatment.

The 25 among the 42 who were diagnosed with COPD received additional medications and are under follow-up care.

Smoking and exposure to air pollution have long been considered the primary risk factors for COPD. Non-smoking adults are usually excluded from screening for COPD but, the researchers say, this may need to change for patients with a history of tuberculosis.

Doctors say they still do not know the long-term implications for such patients. “Will the disease progress or remain stable, or spontaneously improve over the years? We’re hoping to find that out through follow-up studies,” Gupte said.

The researchers say the precise mechanisms for the residual lung injury are unclear and need to be investigated through more studies. The Pune study suggests that delays in the treatment of tuberculosis might increase the risk of airway obstruction.

“Whether the lung damage is caused by the TB bacilli or by the immune response to the disease or by both is still speculation,” Gupte said.

“More research is needed to understand this. Understanding the mechanisms of lung damage may help guide the treatment.”