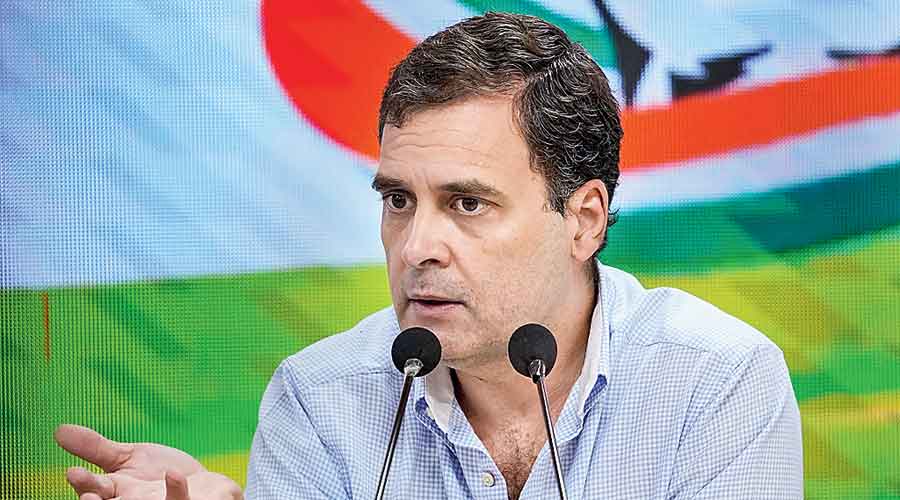 "Annadatas" (food providers) have been "crushed" and this cruelty is "hollowing out our country", said Congress leader Rahul Gandhi on Thursday following the death of three women farmers after being hit by a truck near Haryana's Tikri border.

Two women were also injured in the incident early on Thursday as they were waiting at Pakoda chowk for an autorickshaw to go to Bahadurgarh railway station. They were returning to their village in Punjab's Mansa district after participating in the farmers' protest at the Tikri border against the Centre's agri laws.

"Mother India -- annadatas of the country (the food provider of the country) -- have been crushed. This cruelty and hatred are hollowing out our country. My condolences," Mr Gandhi said in a tweet in Hindi using the hashtag "FarmersProtest".

Congress general secretary Priyanka Gandhi Vadra also slammed the BJP over the alleged problems being faced by the farmers.

"There is no proper price for the crop when the farmer grows it by working hard. There is no fertilizer when the farmers prepare to grow the crop. Two farmers of Bundelkhand have died due to non-availability of fertilizers," Priyanka Gandhi said in a tweet in Hindi.

She alleged that the BJP government has been unmoved by the problems of farmers and there was an "anti-farmer" attitude in both its intention and policy.

Priyanka Gandhi also tagged with the tweet a video of a woman expressing problems faced by her in getting fertilizer.