Covid: India prepares for third wave with focus on children

'We don't know how the virus will behave, but we cannot afford to be unprepared this time around' 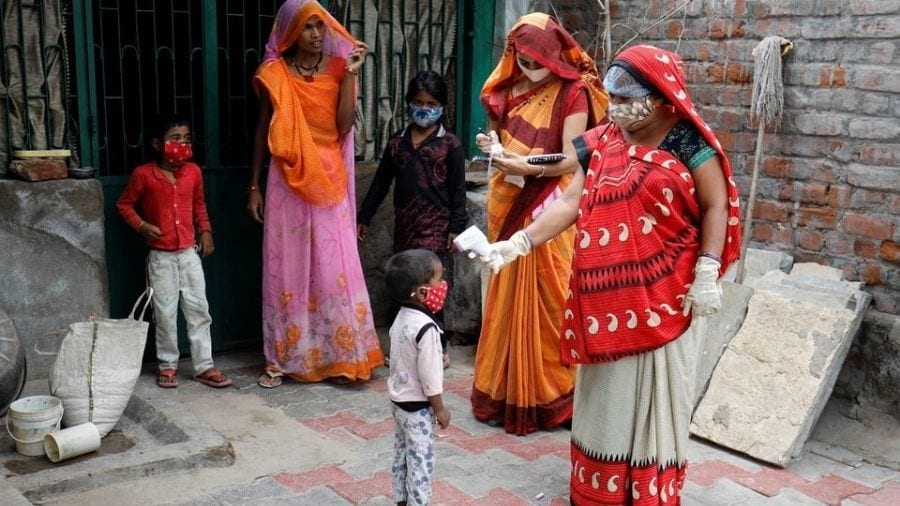 Health administrators have taken heed of trends in the United States, where a record number of children have been hospitalised.
Reuters
Reuters   |   Mumbai   |   Published 19.08.21, 07:01 PM

Several Indian states are building facilities with more paediatric beds, plus oxygen, due to concern that children returning to school without being vaccinated will be among the most vulnerable during a third wave of coronavirus infections.

Health administrators have taken heed of trends in the United States, where a record number of children have been hospitalised as the coronavirus Delta variant, first found in India, has surged through unvaccinated populations. read more

During a second wave of infections in India that peaked in April and May, hundreds of thousands of people died for want of oxygen and medical facilities, and now there are concerns that another third wave will gather during the winter months.

"We don't know how the virus will behave, but we cannot afford to be unprepared this time around," Suhas Prabhu, who heads the Paediatric Task Force in the big western state of Maharashtra, said.

"No mother should have to run around looking for a hospital bed when her child is sick."

The Maharashtra government has stockpiled medicines, and built facilities for additional pediatric beds and oxygen provisions in new centres in Mumbai and Aurangabad.

Built on empty stretches of land or in re-purposed stadiums, the Mumbai facilities have a total of 1,500 pediatric beds, most of them with oxygen.

"We can upgrade this capacity to double if needed," Suresh Kakani, a senior official with Mumbai's civic body said.

India provides vaccines to people above the age 18. Most vaccines administered in India are made by AstraZeneca Plc (AZN.L), while shots produced by local manufacturer Bharat Biotech are also being used.

Another local firm Zydus Cadilla and Bharat Biotech are separately testing vaccines for children but the results are not expected until the year end.

Meantime, schools in at least 11 of India's 28 states have opened after more than a year of closures, raising worries these could become breeding grounds for transmission of the virus.

As of March 2021, less than 1 pct of India's coronavirus deaths were in the under 15 age group, according to the health ministry, and officials say the severity of the disease in this age group has been minimal so far.

Epidemiologists say there is no evidence to show that the Delta variant or any other mutations affect children more than other parts of the population.