Covid: 70% of adults give booster shot the miss 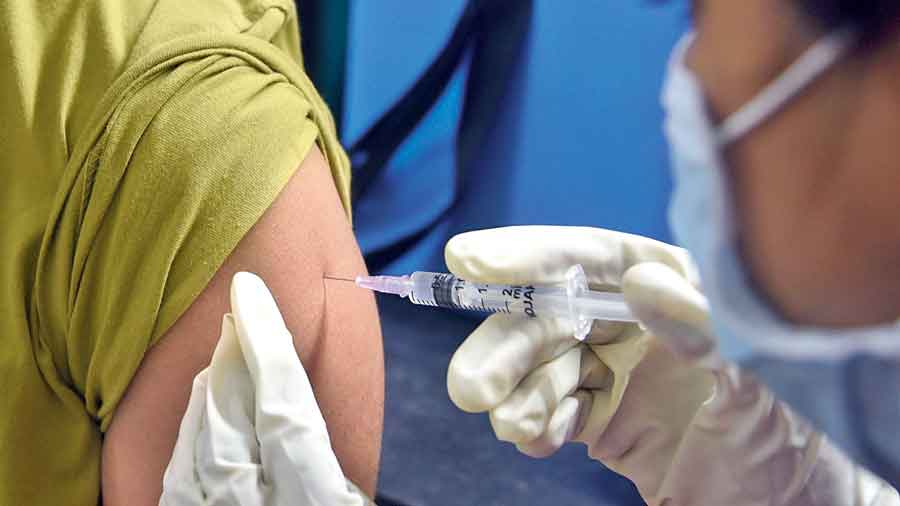 The Centre’s “75-day” offer of free Covid-19 vaccine booster doses closed on Friday with over 70 per cent of eligible adults in the country not turning up for the jab.

The free booster campaign, over 78 days from July 15 to September 30, raised the “precaution dose” coverage for eligible adults to 27 per cent, the Union health ministry said.

During the campaign, more than 150 million eligible adults received booster doses at designated hospitals and at more than 11,000 camps at bus stations, 5,600 camps at railway stations, and over a million camps in private and government workplaces.

Despite the improved coverage, the vaccine update suggests that large proportions of eligible adults have not opted for boosters yet. More than 515 million in the 18-45 age group have received second doses, but only 95 million have taken boosters.

The health ministry has said the administration of the precaution dose — the term the Centre has used for booster doses in India — “is pivotal” to conferring full and extended protection to beneficiaries against Covid-19. It helps reduce the severity of the disease and risk of hospitalisation.

Even among those 60 years or older, who are at higher risk of severe disease than younger people, many have not taken boosters yet. Among 123 million in the 60-plus age group who have received second doses, only 47 million had taken boosters up to September 29.

Health experts say that booster doses are needed given the continued circulation of the coronavirus, currently driven by sub-lineages of the omicron variant that had caused India’s third wave during January this year.

Public acceptance levels for boosters in India have been conspicuously lower than the exceptionally high acceptance rates for the two vaccination doses. Experts say the reason for the low booster uptake is unclear but perceptions of low risk and the low daily counts of Covid-19 have likely contributed to it.