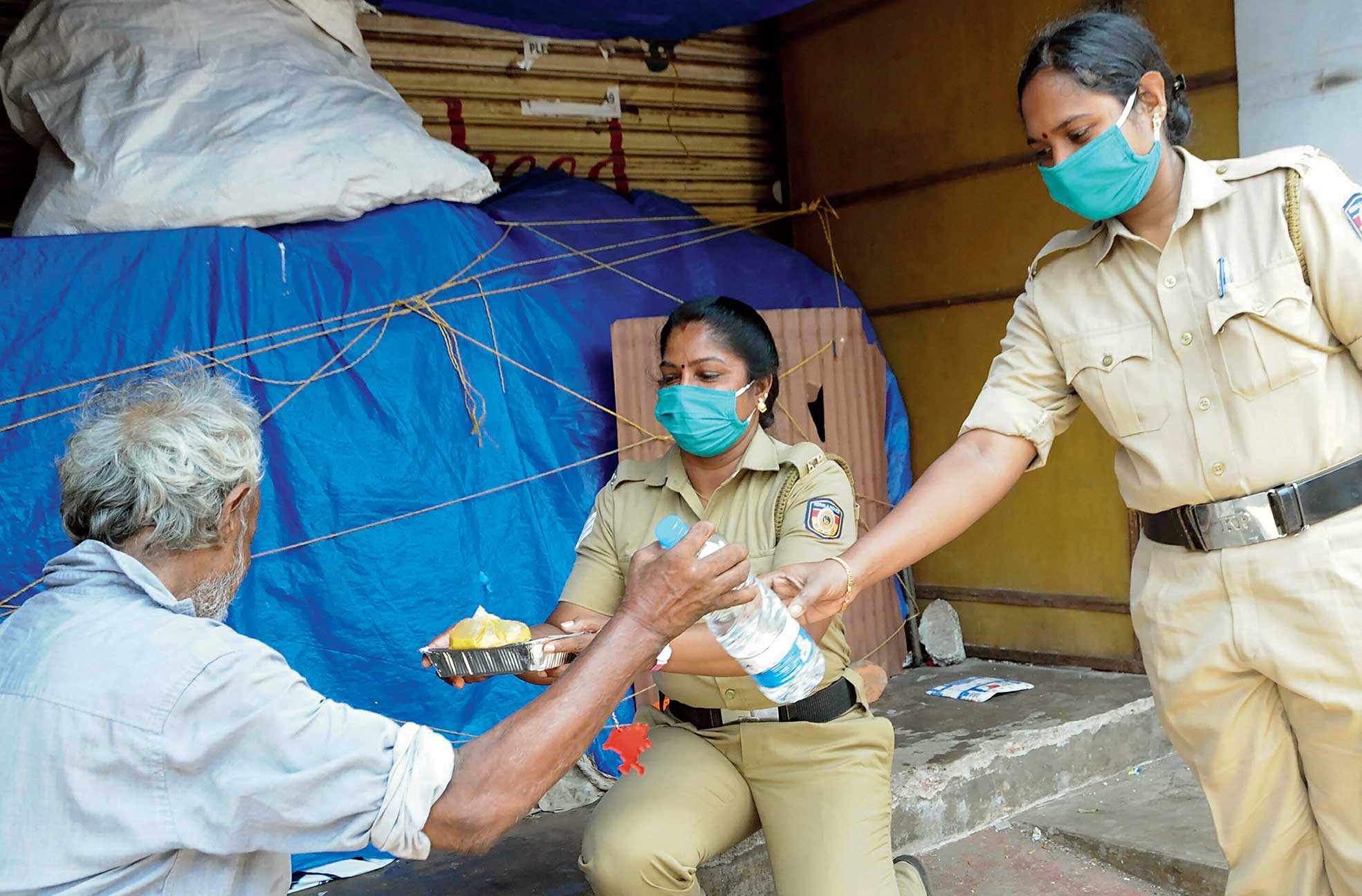 Coronovirus scare has gripped the police in the district as around 70 personnel, including their chief, have gone on quarantine as a precautionary measure after three colleagues tested positive for the pathogen.

A day after three personnel of Mananthavady police station tested positive for Covid-19, District Superintendent of Police R Illango said on Thursday he and others decided to quarantine themselves as they had been in contact with some other colleagues from the station.

Twenty four personnel, including a Deputy Superintendent of Police, have gone on quarantine after giving their samples for testing three days ago as a measure of abundant caution after a man questioned in Manathavady police station in connection with a case tested positive for the virus on May 9.

Of the 24, results of 18 have been received so far and three personnel tested positive on Wednesday, following which the station has been disinfected and virtually closed and contact tracing underway.

'We are actually being over cautious.I have spoken to all the policemen. We know we are in high risk job. We are concerned that we might spread it to family members, public, or colleagues. So we want to maintain extreme caution', Illango, who is on home quarantine,told PTI.

With the three personnel testing positivein the state,Kerala Director General of Police Loknath Behera said the force should take all necessary precautions and fearlessly go ahead in the fight against the virus.

The three from Manathavady are believed to have contracted the virus after they came in contact with a man who was called to the station in connection with a case on April 28 and May 2. He later tested positive for Covid-19 on May 9.

This man is suspected to be a contact of a truck driver, who has turned out to be a super spreader after returning to the district from Chennai's Koyambedu market, a hotspot, and had infected at least 10 others, including his wife, mother and grandchild,

The Mananthavady police station has been disinfected with the help of Health department and Fire Force personnel.

Computers and wireless equipment have been shifted to other police buildings and the station's charge has been temporarily given to Vallamunda Station House Officer, a release from the DGP's office said.

Two police personnel wearing personal protection equipment (PPE) kits would be at the station to take care of necessary work and a health worker posted to help them, it said.

Police personnel from other stations have been mobilised to meet any shortage, Illangosaid adding they need not come to the police station but directly go to the duty points.

Meanwhile, the district health authorities said the standard operating procedure (SOP) has been initiated as soon as the test results of the three came by Wednesday noon.

Accordingly, all personnel who were on duty were sent to nearby lodges and resorts for quarantine.

One of the policeman who tested positive had been to Sulthan Bathery police station and Muthanga area, where the DySP and few other officials were also present.

This is being seen as a lapse on the part of the police department.

However, police sources said none had directed the 24 personnel, whose samples were collected on Monday, to go on quarantine or abstain from duty.

The health department is trying to map out the contact list of the police personnel to contain further spread from their direct and secondary contacts.

According to police sources, the Sulthan Bathery Circle Inspector, two sub-inspectors and about 18 police personnel of the Mananthavady police station are among those who have been put on quarantine.

As part of containment measures, the courts in Sulthan Bathery and Mananthavady have been closed on Thursday, officials said.