An on-site medical PSA plant can produce medical-grade oxygen 24 hours a day, and reduce a hospital’s dependence on the traditional store-and-supply system 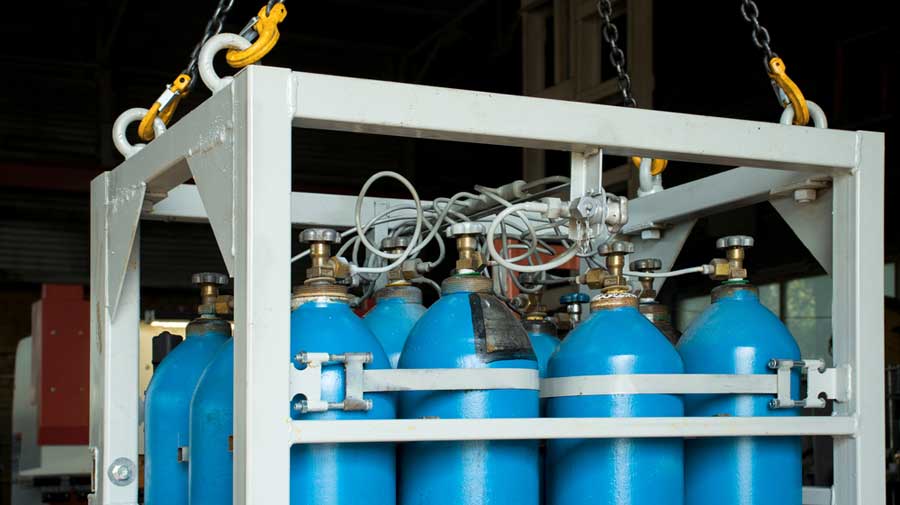 The Union health ministry on Sunday said five plants in Madhya Pradesh, four in Himachal Pradesh, three each in Chandigarh, Gujarat, and Uttarakhand, two each in Bihar, Karnataka and Telangana, and one each in nine other states have been installed.
Shutterstock
Our Special Correspondent   |   New Delhi   |   Published 19.04.21, 01:04 AM

An exercise to install oxygen-generating plants on-site in 162 government hospitals across India to support Covid-19 treatment announced last October and sanctioned with funds in January this year has set up only 33 plants at a time India stares at depleting medical oxygen reserves.

The Union health ministry on Sunday said five plants in Madhya Pradesh, four in Himachal Pradesh, three each in Chandigarh, Gujarat, and Uttarakhand, two each in Bihar, Karnataka and Telangana, and one each in nine other states have been installed.

The health ministry has said the significant surge in demand for medical oxygen has reached 60 per cent of the total daily oxygen production and is expected to rise further in the coming weeks.

The Centre in consultation with 32 states had proposed 162 public health hospitals where the PSA oxygen-generating plants were to be installed. Maharashtra, the state hardest-hit by Covid-19, was to get 10 PSA plants while Bengal was to get five plants. Neither state has received a plant yet.

The health ministry tweeted on Sunday that 59 more plants will be installed in April and the balance in May.

A query from this newspaper to the ministry asking whether there has been a delay in implementation or this was the planned timeline did not elicit a response.

India has several PSA oxygen-generator suppliers, said a chemical engineer in a top government research institution, and efforts to install the PSA plants simultaneously across multiple sites could have added to India’s available medical oxygen supplies.

“A PSA oxygen-generator is not a very challenging technology, but it uses special materials and certain components of the plant’s control panels might be imported — there must be some weak link, some pain point, that might explain the slow progress,” said the engineer who requested anonymity.

The Centre on Sunday also announced restrictions on the supply of industrial oxygen from April 22 to make it available for medical-grade oxygen, citing the sharp rise in Covid-19 cases and the resultant rapid demand for oxygen.

Union home secretary Ajay Bhalla wrote to states saying the Centre’s empowered group of officials has “recommended to prohibit the supply of oxygen for industrial purposes by manufacturers and suppliers, with the exception of nine specified industries.”