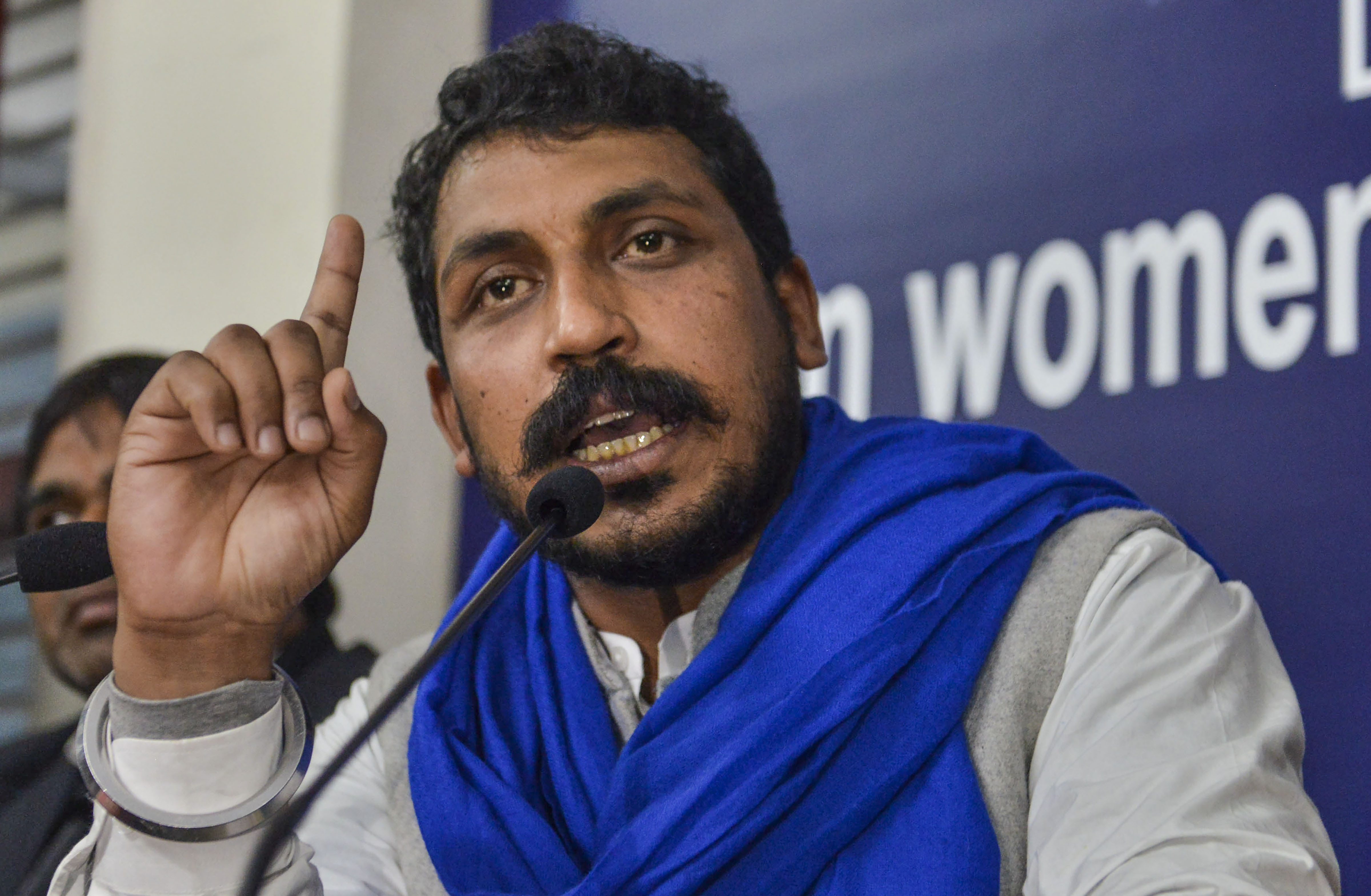 The court was hearing a plea filed by Bhim Army chief Chandrashekhar Azad seeking modification of the conditions imposed on him in his bail order.
PTI
The Telegraph And PTI   |   New Delhi   |   Published 21.01.20, 12:36 PM

A Delhi court on Tuesday allowed Bhim Army chief Chandrashekhar Azad, accused of inciting people during an anti-CAA protest at Jama Masjid last month, to visit Delhi for medical reasons and election purposes and told him to inform Delhi Police of his schedule.

Additional sessions judge Kamini Lau passed the directions while modifying the bail order of Azad in a case related to violent protests in the Daryanganj area on December 20 last year.

The court had restrained Azad from visiting Delhi for four weeks and directed him to not hold any 'dharna' till the elections in the national capital, while granting him bail in the case.

After getting bail, Azad had arrived at the Jama Masjid, which was populated by protesters, before leaving the national capital. He had also visited a dargah in Jor Bagh and the Ravidas Temple.

The court has directed the police to verify from the Election Commission whether Azad's office in Delhi is an office of a political party and asked it to submit a report by Tuesday.

The court was hearing a plea filed by Azad seeking modification of the conditions imposed on him in his bail order.

Azad was arrested on December 21 last year after he surrendered to the police after a long-drawn stand-off.