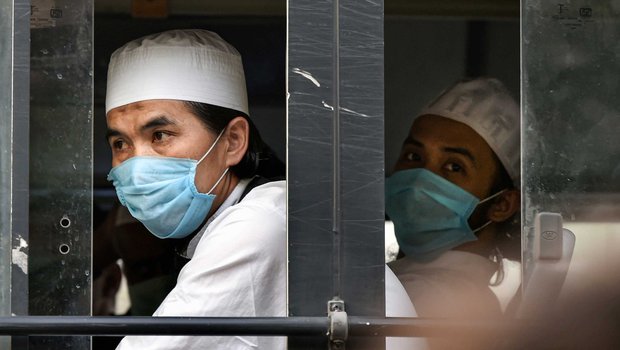 Delhi police have shifted 530 foreigners linked to the Tablighi Jamaat to makeshift detention centres in Delhi and its neighbourhood after they completed their quarantine period, sources said.

“Most of the foreigners who attended the religious congregation at Nizamuddin (in mid-March) are from Malaysia, Thailand, Indonesia and West Asia. They have been charged with violating visa conditions,” a police officer said.

Over 1,000 foreigners attended the March 13-15 congregation in Delhi with the knowledge of the state and Union government, which did not stop them. Later, when many participants tested positive, the BJP and social media users accused the Jamaat, and Muslims in general, of spreading the virus.

Some 960 of the foreigners were still in India when the Union home ministry cracked down on them in end-March.

Ministry sources said the visitors had violated the law by failing to mention on their tourist visa forms that they intended to participate in missionary activities.

“About 530 of these foreigners are in Delhi while the rest were detained by police in Madhya Pradesh, Telangana, Bihar and Uttar Pradesh. All of them have been shifted to jails in those states after completing their quarantine or treatment (for Covid-19),” a home ministry official said.

A police officer said the detained foreigners would be tried and then repatriated to their home countries.

On March 13, the Delhi government had barred large gatherings because of the coronavirus outbreak but the congregation had continued. The Delhi police have registered a case against the Jamaat head and others for violating the order.

However, the Jamaat has stressed it had informed the police and state government officials about the event in advance.