The residents are being provided doorstep delivery of essential commodities 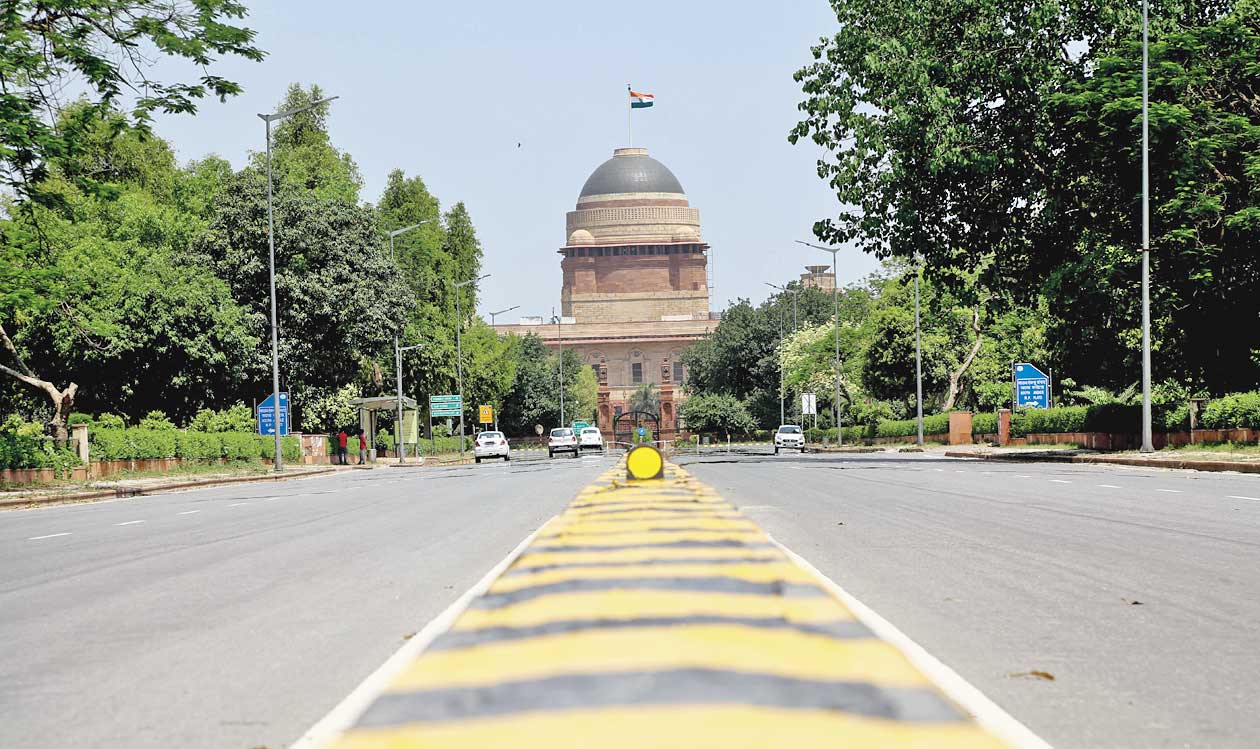 The residents of 115 houses in the Rashtrapati Bhavan complex have been home-quarantined after an employee’s relative tested positive for the novel coronavirus.

In a statement on Tuesday, Rashtrapati Bhavan clarified that no employee of the President’s secretariat had tested positive.

A senior housekeeping staff at the Lok Sabha secretariat has also been found to have been infected with the novel coronavirus. The man had not been attending office since the lockdown was announced last month. He had complained of fever, cough and breathing problems and was found to be Covid-19-positive on Monday.

Sources said the daughter-in-law of a sanitation worker at Rashtrapati Bhavan has tested positive for the novel coronavirus. Although the patient is not an employee of Rashtrapati Bhavan, she lives in the complex.

The daughter-in-law’s mother died of Covid-19 in her village recently and all members of the family had attended her funeral. Tests had been conducted on the family members and when the reports came in on Monday, the employee’s daughter-in-law was found to have tested positive.

The primary contacts of the family have all tested negative for the virus.

The employee, along with his family, is a resident of Pocket 1, Schedule A area of the President’s Estate. As required under guidelines, all seven members of the family were taken to a quarantine facility at Mandir Marg in central Delhi on April 16 after they returned from the funeral.

The Rashtrapati Bhavan statement said that following the instructions and guidelines of the authority designated under the Disaster Management Act, 2005, read with the Epidemic Diseases Act, 1897, 115 houses in the Pocket 1, Schedule A area of the President’s Estate had been advised home quarantine. The residents are being provided doorstep delivery of essential commodities.

According to K.P. Balyan, deputy welfare officer of the Lok Sabha secretariat, the housekeeping staffer who has tested positive for the novel coronavirus is 58 years old.

“He had been on leave before the lockdown was announced. He had fever, cough and headache and was admitted to RML Hospital a fortnight ago with complaints of chest pain and got discharged the same day. He is suspected to have caught the virus in the hospital,” Balyan said.

The employee lives with 11 family members at the small Type 2 quarters at Mandir Marg. “All of them underwent tests today at RML and have been quarantined. They have also been tested for the virus and the results are awaited. Contact tracing of the infected person has been started,” an official said.

The Lok Sabha was adjourned sine die on March 23, 12 days before Parliament’s budget session was to end, after Prime Minister Narendra Modi announced that the country would be locked down to tackle the spread of the novel coronavirus.