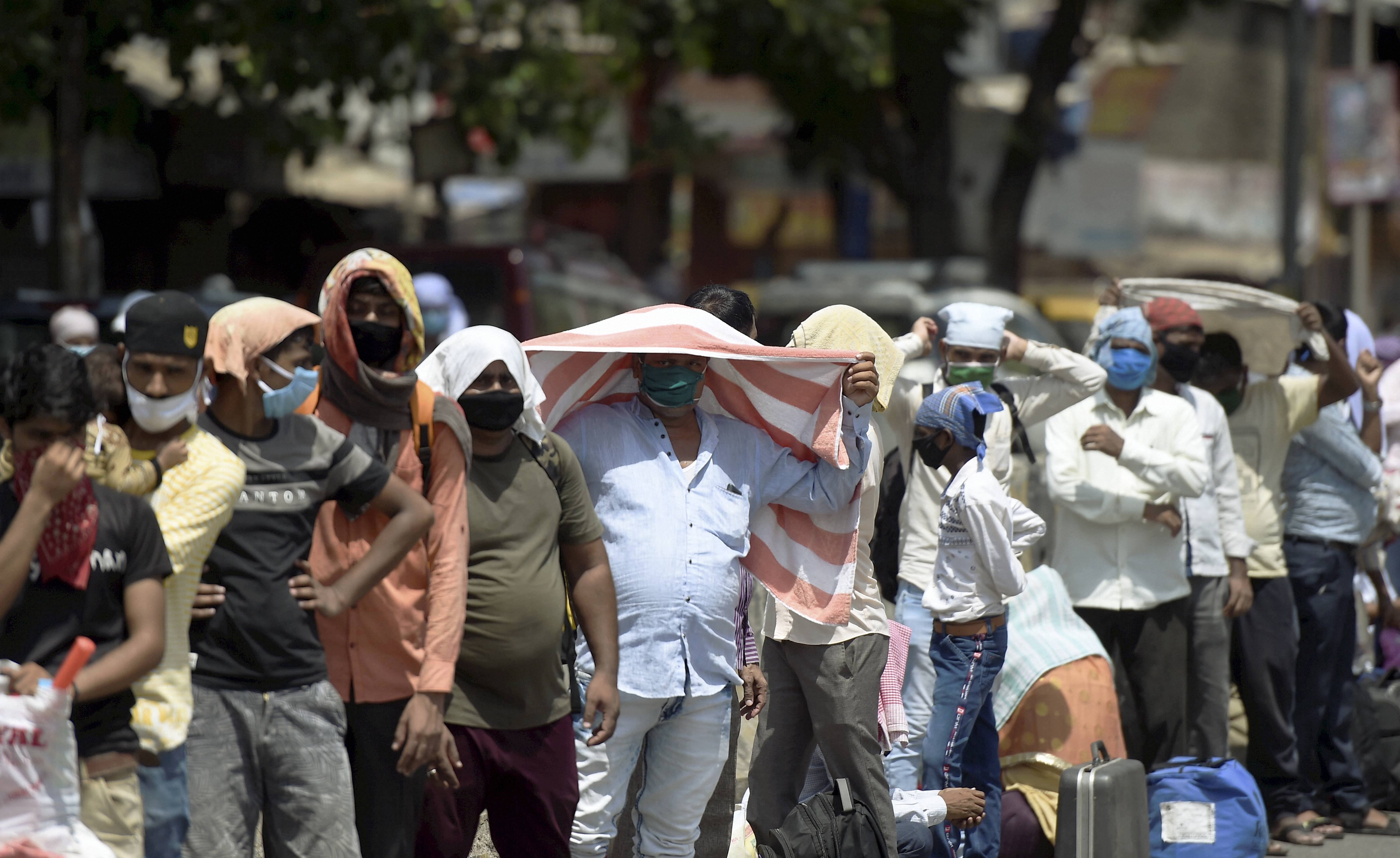 The Supreme Court on Tuesday issued suo motu notices to the Centre and the states to explain why migrants across the country should not be provided free transport and other facilities during the pandemic-induced lockdown, pointing out that there had been “inadequacies and certain lapses”.

A bench of Justices Ashok Bhushan, Sanjay Kishan Kaul and M.R. Shah gave 24 hours to the authorities to respond and posted the matter for urgent hearing on Thursday.

The court passed the directions on the basis of media reports on the sufferings faced by lakhs of stranded migrants who had been forced to walk or cycle thousands of kilometres to return to their homes in the absence of work.

The court sought the assistance of solicitor-general Tushar Mehta.

The apex court’s decision comes at a time when there has been allegations in certain quarters that the highest judiciary was not passing necessary orders in public interest to mitigate the unprecedented crisis but in most matters relying on what is stated by the central government through affidavits.

“We take suo motu cognisance of the problems and miseries of migrant labourers who had been stranded in different parts of the country. The newspaper reports and the media reports have been continuously showing the unfortunate and miserable condition of migrant labourers walking on foot and cycling long distances.

“They have also been complaining of not being provided food and water by the administration at places where they were stranded or in the way, i.e. highways, from which they proceeded on foot, cycles or other modes of transport,” the bench said in a written order on Tuesday.

According to the court, the migrants need succour from the central and state governments.

“This court has also received several letters and representations from different sections of society highlighting the problem of migrant labourers. The crisis of migrant labourers is even continuing today with large sections still stranded on roads, highways, railway stations and state borders,” the bench said.

“Adequate transport arrangements, food and shelter are immediately to be provided by the Centre and the state governments free of cost. Although the government of India and the state governments have taken measures, yet there have been inadequacies and certain lapses. We are of the view that effective concentrated efforts are required to redeem the situation. We, thus, issue notice to the Union of India and all states/Union Territories to submit their responses looking into the urgency of the matter.

“We direct the suo motu petition to be taken up day after tomorrow and we request the learned solicitor-general to assist the court and by the next date of hearing bring to the notice of the court all measures and steps taken by the government of India and to be taken in this regard. List the matter day after tomorrow. The registry is directed to serve a copy of this order to the learned solicitor-general as well as the states/Union Territories through their standing counsel today itself so that appropriate responses be brought before the court at the earliest,” the bench said its order.