Sources said this could be a model for Calcutta, too, where a number of Covid-19-sensitive areas have been identified 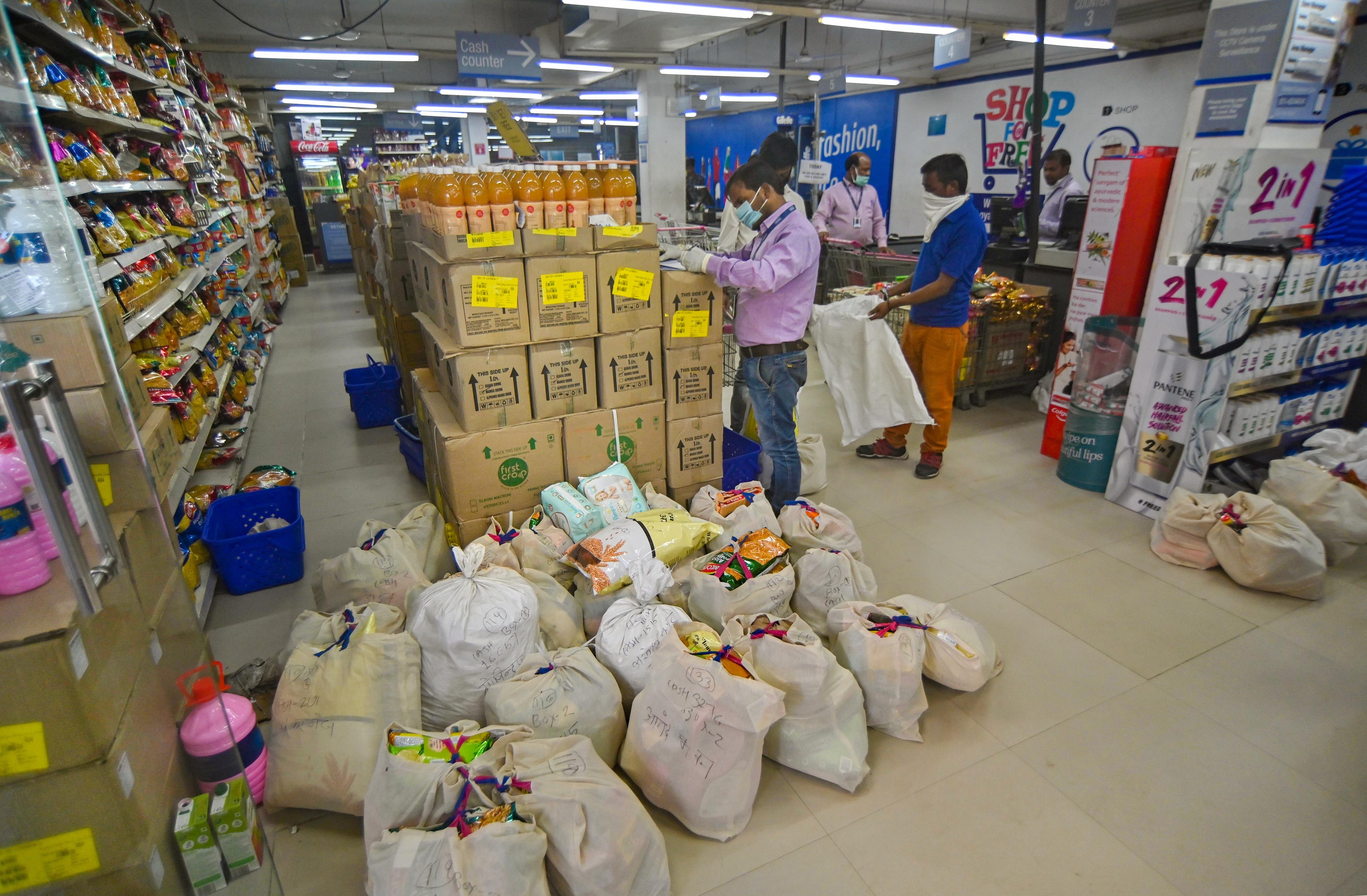 Sources said the Howrah corporation, run by a board of administrators for the past one year, tied up with a grocery delivery agency and set up a call centre at the civic body to take orders from citizens residing in the five wards. The toll-free helpline number is 1800121500000.
PTI
Pranesh Sarkar   |   Calcutta   |   Published 14.04.20, 10:12 PM

The Howrah Municipal Corporation has started home delivery of essential items in six Covid-19-sensitive wards to tighten the lockdown.

“A number of Covid-19 positive cases were reported from one ward. It is being considered a sensitive area, and the surrounding five wards are being treated as part of the buffer zone. We are trying out home delivery of 43 essential items from Monday to ensure that people do not step out,” a corporation official said.

Sources said the Howrah corporation, run by a board of administrators for the past one year, tied up with a grocery delivery agency and set up a call centre at the civic body to take orders from citizens residing in the five wards. The toll-free helpline number is 1800121500000.

“A resident can order from a list of 43 items. The agency will deliver at the doorstep. An order should be for a minimum amount of Rs 200 and the weight within 10kg,” said an official. The list includes rice, dal, atta, puffed rice, spices, bread, soap, detergent, antiseptic liquid and sanitary napkins.

Once the list of 43 items was drawn up, each locality in the wards was assigned to certain stores from where the goods could be purchased.

“A piece of paper with the names of the stores was dropped at every doorstep in these localities to inform them about the facility,” said an official.

“People can call the helpline between 8.30am and 1pm every day and place orders. The items will be delivered at the doorsteps by the evening,” said Bijin Krishna, the commissioner of the Howrah Municipal Corporation.

Around 40 personnel have been engaged for fieldwork and running the call centre. “Once a caller places an order, a field worker will call the customer to confirm. The field worker will pass on the order to a store, go to the person’s house, take the money and submit it to the shop. The person will get a confirmation call and receive the items by the evening,” said a source.

The list does not include vegetables, egg, fish or meat, which can be bought from markets as they are open, said a source. “By arranging this alternative, it is being expected that the number of people visiting markets at any point of time will come down,” said one official.

On the first day, the civic body received 70 calls. Officials said the response was encouraging. The civic body, they said, can accept 500 to 600 orders every day and in a week it can service around 4,000 households.

But officials felt that this would not be enough, considering the high population of Howrah and the need to buy everyday items like vegetables.

“So, we have decided to tag local grocery shops and vegetable sellers onto the network from Wednesday. They will send carts to every doorstep and people will be able to buy their daily needs from the carts,” said an official.

The initiative by the corporation has drawn the attention of the state administration, which is finding it difficult to prevent people from stepping out of home in other Covid-19-sensitive areas.

“This was planned by the state administration for all the sensitive areas. But the plan had to be dropped…. The HMC has proved that this could be a weapon to ensure social distance in sensitive areas,” said a government official.

Sources said this could be a model for Calcutta, too, where a number of Covid-19-sensitive areas have been identified.

Sources said mayor Firhad Hakim was scheduled to hold a meeting with top government officials to frame a plan for the sensitive areas of Calcutta.