Advertisement
Home / India / Deaths in Uttar Pradesh on May Day

Deaths in Uttar Pradesh on May Day 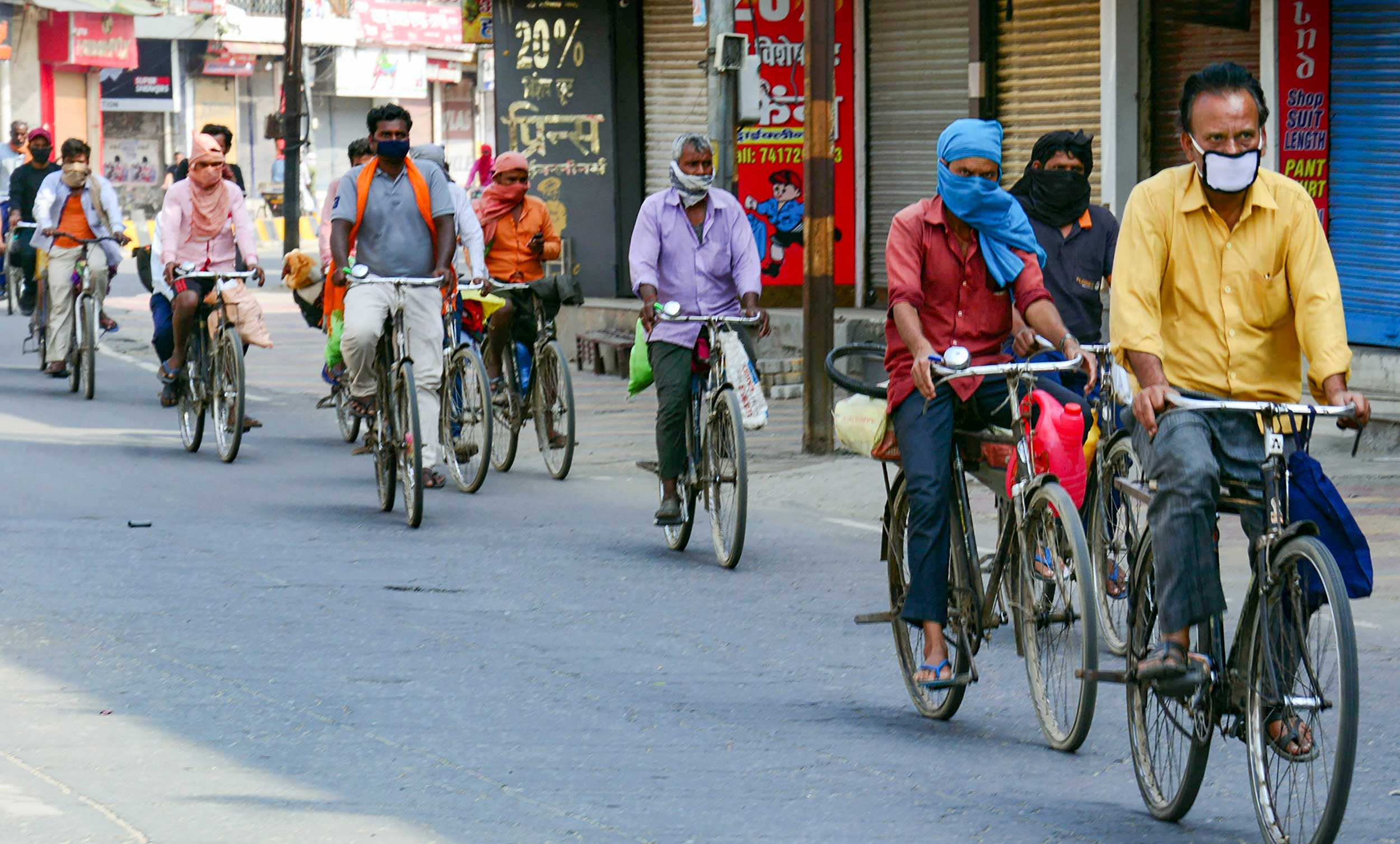 A young man from Jharkhand who had tested positive for Covid-19 after being intercepted on his way back home from Mumbai last week ended his life on Friday in Kanpur amid allegations of mistreatment and delay in treatment.

Friday also claimed another victim of the Covid lockdown in Uttar Pradesh, as a migrant worker cycling home to Bihar fell unconscious after travelling 400km and was declared brought dead in a Shahjahanpur hospital.

The twin deaths came on a day the world celebrates as International Workers’ Day.

In Kanpur, the 30-year-old from Sahibganj, Jharkhand, drank from a bottle of sanitiser at the community health centre where he was apparently in quarantine.

A paramedic at the centre said the young man had told the staff he had been intercepted while travelling from Mumbai to Ranchi last week on foot and put under quarantine in Bhognipur, Kanpur Rural.

“He had tested positive for coronavirus on Wednesday and was brought to the Community Health Centre, Sarsauli, on Thursday,” the paramedic said.

“The CHC is a Level-1 centre, which means it is for asymptomatic patients. But the youth had advance level of infection and should have been sent directly to Lala Lajpat Rai Hospital, Kanpur city, a Level-3 centre for Covid-19 treatment. The youth was terrified right from the beginning as medical officers not only mistreated him but also delayed his medication. He was sent to the Kanpur hospital a few hours after he had consumed poison.”

Rakesh Kumar Singh, district magistrate, Kanpur Rural, claimed there was no report that the youth was in quarantine. “We are trying to find out when the youth reached Kanpur Rural and where he stayed.”

S.L. Verma, superintendent of the Sarsauli CHC, denied the allegations of mistreatment.

Dharmveer Sharma, who was cycling home from Delhi, fell ill in Shahjahanpur, Uttar Pradesh, and died on Friday night.

The 25-year-old from Khagaria district had set off from Delhi on Monday with six others. The group had covered 400km and needed to travel another 800km to reach Khagaria.

“It had started raining when we entered Shahjahanpur. We halted in a shade, where Dharmveer fell unconscious,” Sushil Kumar, one of the migrants, told reporters in Shahjahanpur. He was taken to hospital and declared dead on arrival. They had not eaten anything since Thursday, Sushil said.