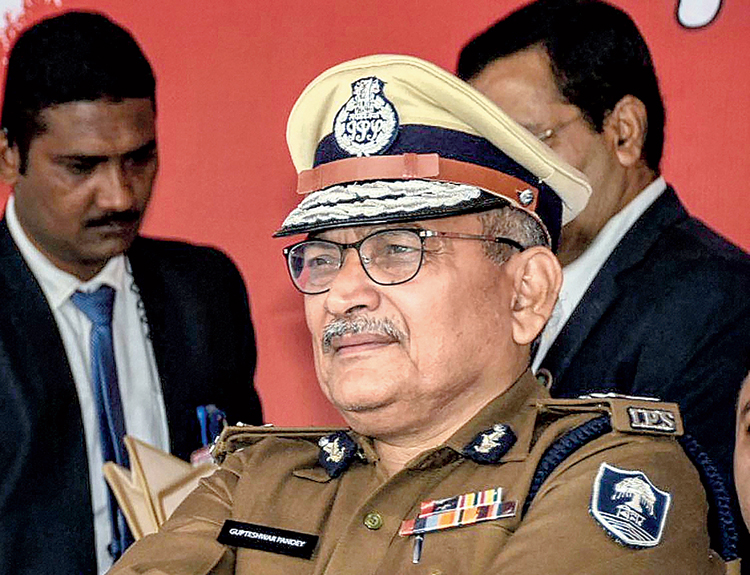 Bihar director-general of police Gupteshwar Pandey has said people cannot garland and worship criminals and at the same time complain about rise in crime.

“You support criminals in the name of caste, religion and party. You make a hero out of them, worship and welcome them, garland them and then talk about checking crime. The responsibility to stop crime does not rest just with the police. Everyone in society will have to wake up and rise to fight the culture of crime. Only then can it be stopped,” Pandey said.

Prime Minister Narendra Modi last month shared the stage in Daltonganj, Jharkhand, with a murder accused. Kushwaha Shashi Bhushan Mehta, facing trial for murdering a schoolteacher, has been given a BJP ticket in the ongoing Assembly elections.

The Bihar DGP was responding to questions on curbing crime from journalists in Begusarai on Friday, the day four men suspected to have gang-raped and burnt to death a veterinarian were killed in an alleged encounter by Telangana police.

Pandey’s comments have been widely shared on social media and have earned him accolades.

The 1987-batch IPS officer could not be contacted to elaborate further on his statement. His aide received the call and said the DGP was busy.

Pandey had gone to Begusarai to congratulate district superintendent of police Awakash Kumar for cracking a gold robbery case.

It is possibly the first time in recent memory in Bihar, a state that fares poorly on law and order, that the police chief himself has publicly accepted that criminals receive patronage and support.

“Here 15, 16, 18-year-olds are consuming liquor, ingesting smack, heroin, indulging in various types of intoxicants. Stopping crimes is not just the task of the police. While the police are the specific agency responsible for controlling crime, it cannot be stopped till people wake up and create an atmosphere that does not favour criminals,” Pandey said.

“Who can claim that no crime will happen in future in the state? This is like a game of cat and mouse. Crime happens. It will happen. The duty of the police is to try to stop it, and if they don’t succeed, then to detect it. Can anybody give a certificate that crime will stop from today? Can even God give it?” he said.

But while it was unrealistic to guarantee a crime-free society, collective responsibility was needed to curb crime, the officer said.