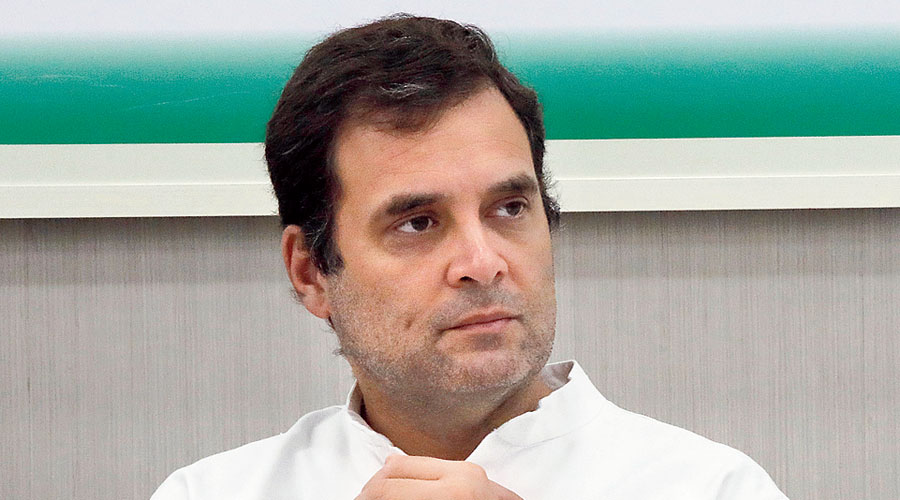 The Congress on Tuesday wrote to Facebook CEO Mark Zuckerberg, accusing Facebook India of "interfering" with the country's electoral democracy, and demanded a time-bound high-level inquiry into the conduct of Facebook India’s leadership team and their operations.

In a letter to Zuckerberg, Congress general secretary K.C. Venugopal also demanded that pending the internal investigation and submission of the report, the company should "consider a new team to lead Facebook India operations so as to not influence the probe".

The Congress and other Opposition parties have attacked the social media giant after a Wall Street Journal report alleged that Facebook did not apply its hate speech rules to some BJP leaders.

"Set up a high-level inquiry by Facebook headquarters into the Facebook India leadership team and their operations and submit a report to the Board of Facebook within one or two months. The report should also be made public," Venugopal said in the letter.

Sharing the letter on his Twitter handle, former Congress chief Rahul Gandhi said Facebook needs to be questioned by all Indians.

"We cannot allow any manipulation of our hard-earned democracy through bias, fake news and hate speech. As exposed by WSJ, Facebook's involvement in peddling fake and hate news needs to be questioned by all Indians," he tweeted.

On Monday, Facebook said the company's social media platform prohibits hate speech and content that incites violence, adding these policies are enforced globally without regard to political affiliation.

However, Facebook, which counts India among its largest markets globally, acknowledged that "there is more to do".

Facebook "may be a willing participant in thwarting the rights and values that the founding leaders of the Congress sacrificed their lives for", Venugopal said, and asked the US firm to publish all instances of "hate speech posts since 2014 that were allowed on the platform."

"The WSJ article mentions hate speech of at least three other politicians that were wilfully permitted by Facebook India," he said.

Venugopal cited the WSJ article of August 14 about alleged FB India's "blatant basis in content regulation" and said "it was not a surprise revelation".

He said Congress has repeatedly raised the issue of "bias" with many Facebook and WhatsApp executives.

He said other political parties have raised the issue in India's Parliament adding that the Congress has separately demanded a probe by a Parliamentary Committee in India into "this very serious issue of Facebook's interference in world's largest electoral democracy".