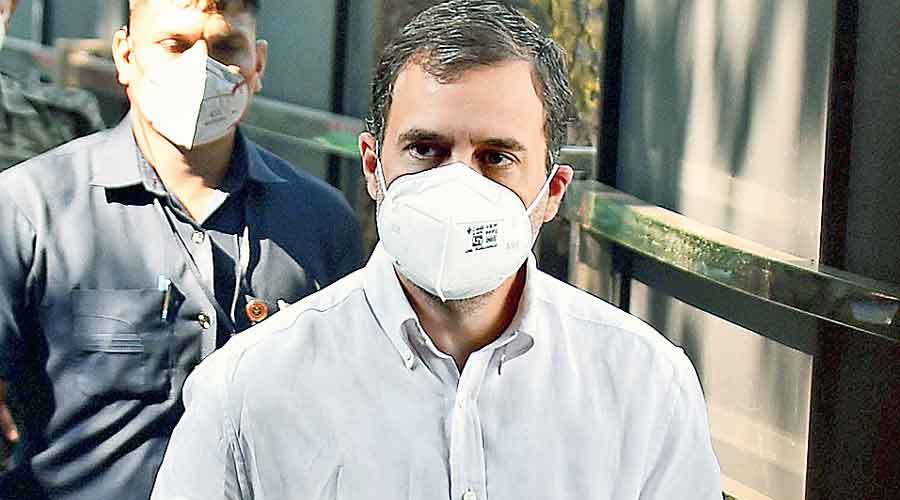 The Congress Working Committee on Saturday announced the schedule for organisational elections, which are to be completed by September-October 2022, indicating Sonia Gandhi is likely to remain party president till then.

This means the party doesn’t want to elect a new president during Sonia’s current term, which ends early next year.

Although some leaders expect Rahul Gandhi to withdraw his resignation and take over immediately after he promised to give serious thought to such a request made at Saturday’s CWC meeting, it’s unlikely he will take over amid an electoral process.

Several CWC members, including party chief ministers, requested Rahul to return as Congress president, saying the party needed his leadership. Rahul thanked the CWC for the sentiment and said he would think about it.

While there’s no clarity on Rahul’s next move, Saturday’s meeting of the party’s highest decision-making body settled several vital issues.

While the G-23 (group of dissenters) storm blew over, with both Ghulam Nabi Azad and Anand Sharma getting on board after the announcement of organisational elections, any doubts about Rahul’s stature as the supreme leader of the party also got extinguished.

Rahul made it clear that organisational issues and personal positions were irrelevant to the larger ideological battle for India’s future. He stressed that the challenges India was grappling with were exceptional and demanded ideological purity.

“It was a powerful speech; all other issues got dwarfed by his explanation of the nature of the challenges,” a senior leader told The Telegraph.

“We hope the doubts about his leadership got buried right there and we indeed saw a resolve to work with a unity of purpose.”

Sonia had sent out a firm message to the dissenters, known as G-23, at the outset, asking them not to talk to her through the media.

“I have always appreciated frankness. There is no need to speak to me through the media. So let us all have a free and honest discussion. But what should get communicated outside the four walls of this room is the collective decision of the CWC,” she said.

She declared: “I am, if you will allow me to say so, a full-time and hands-on Congress president.”

This was Sonia’s way of confronting those who have been arguing that the party lacks a full-fledged president and that the leadership crisis has hurt oppositional politics.

The general secretary in charge of organisation, K.C. Venugopal, asserted that every single decision had been taken by Sonia as Congress president --- an apparent rebuttal to senior leader and G-23 member Kapil Sibal who had asked at a news conference who was taking decisions in the party. Neither Azad nor Sharma raised any discordant note at the CWC meeting.

Sonia took care to emphasise that the Congress was proactively discharging its duty as the primary Opposition party.

“In the last two years, a large number of our colleagues, particularly the younger ones, have taken on leadership roles in taking party policies and programmes to the people --whether it be the agitation of farmers, provision of relief during the pandemic, highlighting issues of concern to youth and women, atrocities on Dalits, Adivasis and minorities, price rise, and the destruction of the public sector,” she said.

“Never have we let issues of public importance and concern go unaddressed.”

Sonia stressed the need for discipline, self-control, unity and the commitment to keeping the party’s interests paramount. Most of the leaders insisted after the meeting that there were no factions and that the party would put up a united front from now on.