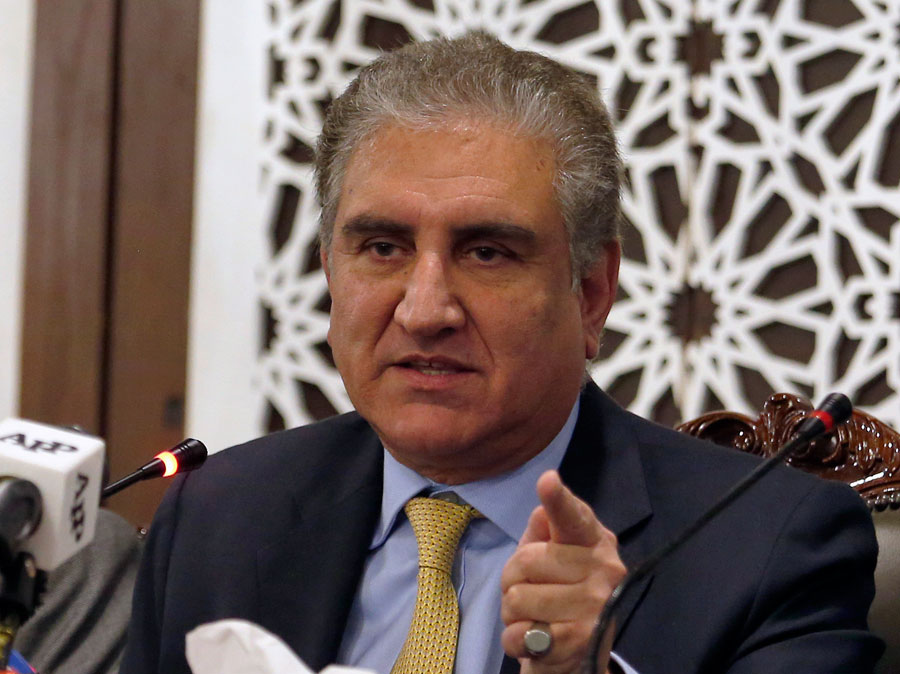 Pakistan’s civil and military leadership on Tuesday resolved to respond to India at a time and place of its choosing.

Prime Minister Imran Khan will hold a “special meeting” of the National Command Authority, which takes care of the nuclear programme, on Wednesday.

“India has committed uncalled for aggression to which Pakistan shall respond at the time and place of its choosing,” Pakistan foreign minister Shah Mehmood Qureshi told a media conference, reading out a statement issued by the National Security Committee, which oversees the country’s security.

The committee held a special meeting chaired by Khan and attended by the chairman of the Joint Chiefs of Staff Committee, the armed forces chiefs and key ministers on Tuesday.

Qureshi, flanked by the Pakistani defence and finance ministers, said Khan had urged “all elements of national power”, including the security forces and the people of the country, to be “prepared for all eventualities”.

Pakistan alleged that India had put “regional peace and stability at grave risk” and announced that a joint session of Parliament would be held to “take the nation on board”.

“This was an act of aggression against Pakistan and we will surely respond,” Qureshi said, adding that India’s claim of the air strike was for “domestic consumption being in election environment”.

The Pakistan government said the “claimed area of strike is open for the world to see the facts on the ground”. Qureshi announced that the domestic and international media “is being taken to the impact site”.

The statement said the Prime Minister had “appreciated timely and effective response of (the air force) to repulse Indian attempt without any loss of life or property”.

Responding to questions, Qureshi said “multi-dimensional intrusion” had been attempted by the Indian fighter jets early on Tuesday. “But the intervention by Pakistani jets forced them to return back within minutes,” he said.

The minister dismissed the notion that Pakistan Air Force jets were late in responding to the Indian attack, saying the planes were “ready” and “air-borne”.

The director-general of Pakistan’s Inter Services Public Relations, Maj. Gen. Asif Ghafoor, said India had “attempted” to send its combat air patrols (CAPs) “first from the Lahore-Sialkot sector” and they were “challenged” by Pakistani CAP.

“They tried to enter from Bahawalpur-Okara and were forced to go back,” he said.

According to Ghafoor, “the third (Indian) CAP which was bigger in number made it from Muzaffarabad and they were challenged and were forced to return”.

The officer said a Pakistani “response is coming, take my words”.

Ghafoor added that he was inviting “even Indian military observers and any other foreign observers to come and see where is the damage and where are 350 dead bodies”.

“I don’t think there is JeM (Jaish-e-Mohammad) or any other camp in the area where the Indians claim they came in today. They were intercepted and forced to go back,” Askari said. “Much of the Indian intelligence about the groups and their presence is based on information of the 1990s… when there had been a lot of activity in Kashmir and Afghanistan. Their information and intelligence are mostly outdated and old.”

Another photograph released by Pakistan that allegedly shows the bomb.
Source: @pid_gov

A photograph released by Pakistan on Tuesday allegedly shows a bomb dropped by an Indian Air Force aircraft in Balakot.
Source: @pid_gov