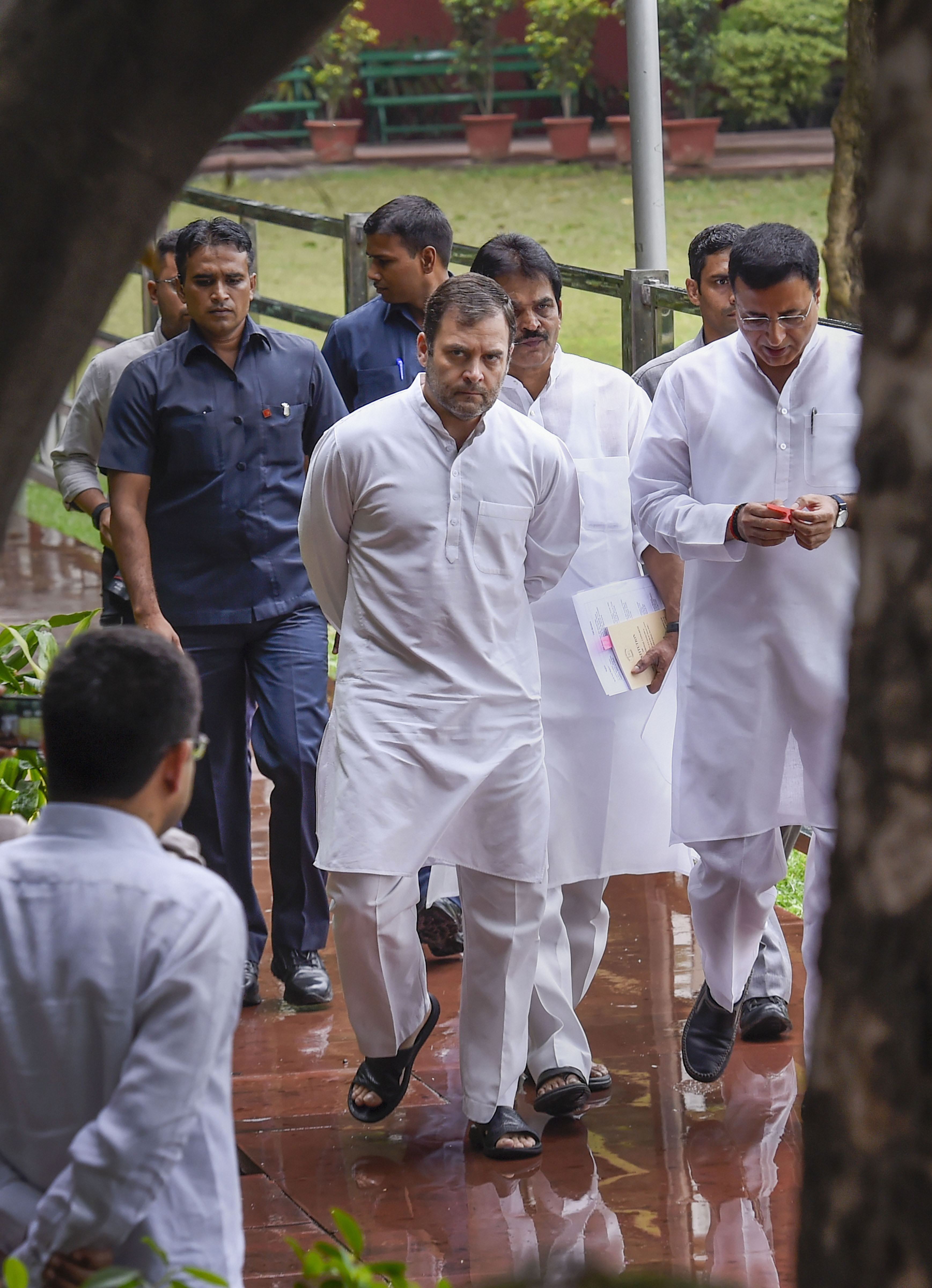 Sonia and Rahul Gandhi have left the consultation process on next Congress chief, saying that they cannot be part of the exercise that was started this morning by the Congress Working Committee, the party's top decision making body.

More details are awaited on Rahul and Sonia's decision of leaving the discussion.

The meeting comes after several senior party leaders such as Shashi Tharoor and Karan Singh voiced concerns over lack of clarity on leadership.

The top Congress leadership held a meeting on Friday with its state unit chiefs, leaders of its state legislature parties, general secretaries and in-charges, where they were told by Rahul that the new party chief would be appointed within the next few days after wider consultations, sources said.

The meeting was held at the party's Gurdwara Raqab Ganj Road 'war room' to discuss the government's decision to abrogate the provisions of Article 370 of the Constitution in Jammu and Kashmir and divide the state into two Union territories.

'Some frank talking marked @incIndia consultative meet with a wide range of party leaders last evening. Convened on Kashmir, the comments went beyond and urged the party to be more pro-active in anticipating major issues and seizing the initiative. Commendable exercise; should be repeated,' Tharoor tweeted.

Sources said senior leaders Ahmed Patel, A.K. Antony and K.C. Venugopal were learnt to have discussed with Sonia certain names of probables, one of whom could be made the party interim president.

The names of senior Congress leaders Mukul Wasnik, Mallikarjun Kharge, as well as younger leaders such as Jyotiraditya Scindia and Sachin Pilot are doing the rounds.

A number of partymen have expressed their opinion in public, saying the delay in selecting the new chief had harmed the party.

Last Sunday, Tharoor said the Congress Working Committee should appoint an interim president immediately and then hold polls for the party chief's post as a leader elected by workers will be empowered and have more credibility.

Interestingly, even though Rahul had ruled out the possibility of a family member succeeding him, several leaders such as Punjab chief minister Amarinder Singh and Tharoor have voiced support for Priyanka throwing her hat in the ring.

The party has also been grappling with a series of desertions by leaders from Karnataka and Maharashtra, the latest being that of ex-Congress Rajya Sabha chief whip Bhubaneswar Kalita and MP Sanjay Sinh. Several leaders cited indecision and confusion in the rank and file as a reason to quit.

The party is hoping to resolve the leadership issue and move forward quickly with Assembly elections in Maharashtra, Jharkhand and Haryana coming up.