Congress to stake claim on government in Rajasthan: Sachin Pilot

'We will take along all non-BJP parties,' the state Congress chief said. 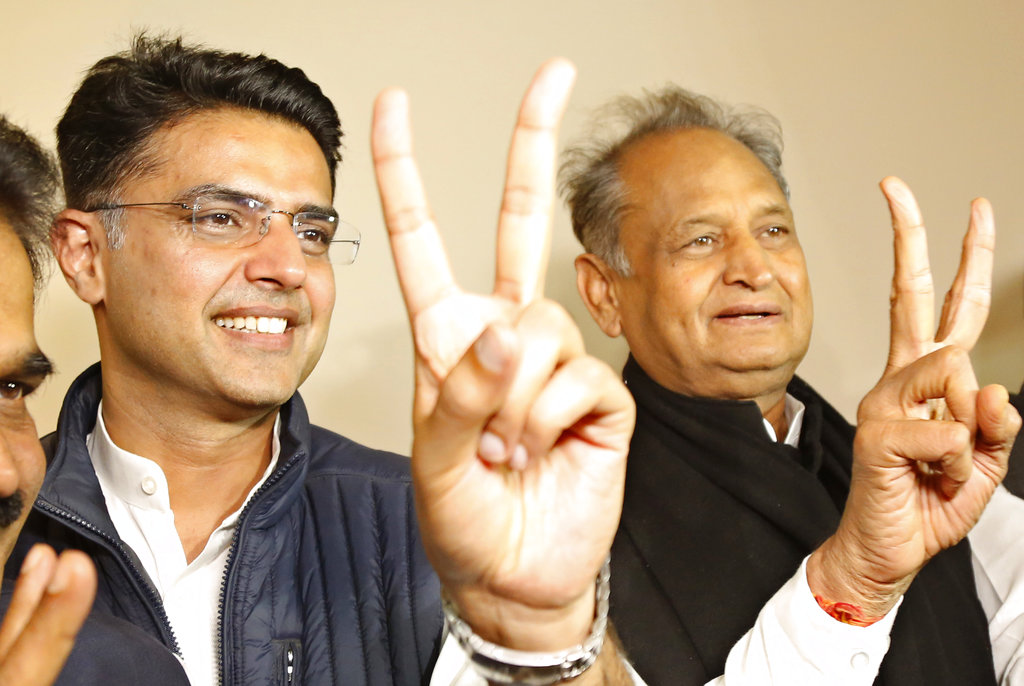 The Congress will stake claim to form the government in Rajasthan on Wednesday evening after the party president decides on the new chief minister, state Congress president Sachin Pilot said.

'We have full majority and will stake claim to form government in the evening. We will take along all non-BJP parties and elected members who are against BJP and are willing to support us,' Pilot told reporters before the Congress Legislative Party (CLP) meeting.

Asked about the choice of the chief minister, Pilot said the party's newly elected MLAs will debate the question, and the party president will take a decision after that.

The chief minister would be declared in the second CLP meeting in the evening and thereafter the party leaders will meet governor Kalyan Singh to stake claim on the government.

The Congress emerged as the single-largest party in Rajasthan in Tuesday's vote count, winning 99 seats. Its ally, the Rashtriya Lok Dal (RLD), won one seat for a total of 100 seats — the required number to form the government.

The BJP got 73 seats, and the Bahujan Samaj Party won 6 seats. BSP leader Mayavati on Wednesday pledged support for the Congress. The CPI(M) got two seats, Independents won 13 and other parties got 6, according to the state Election Commission.