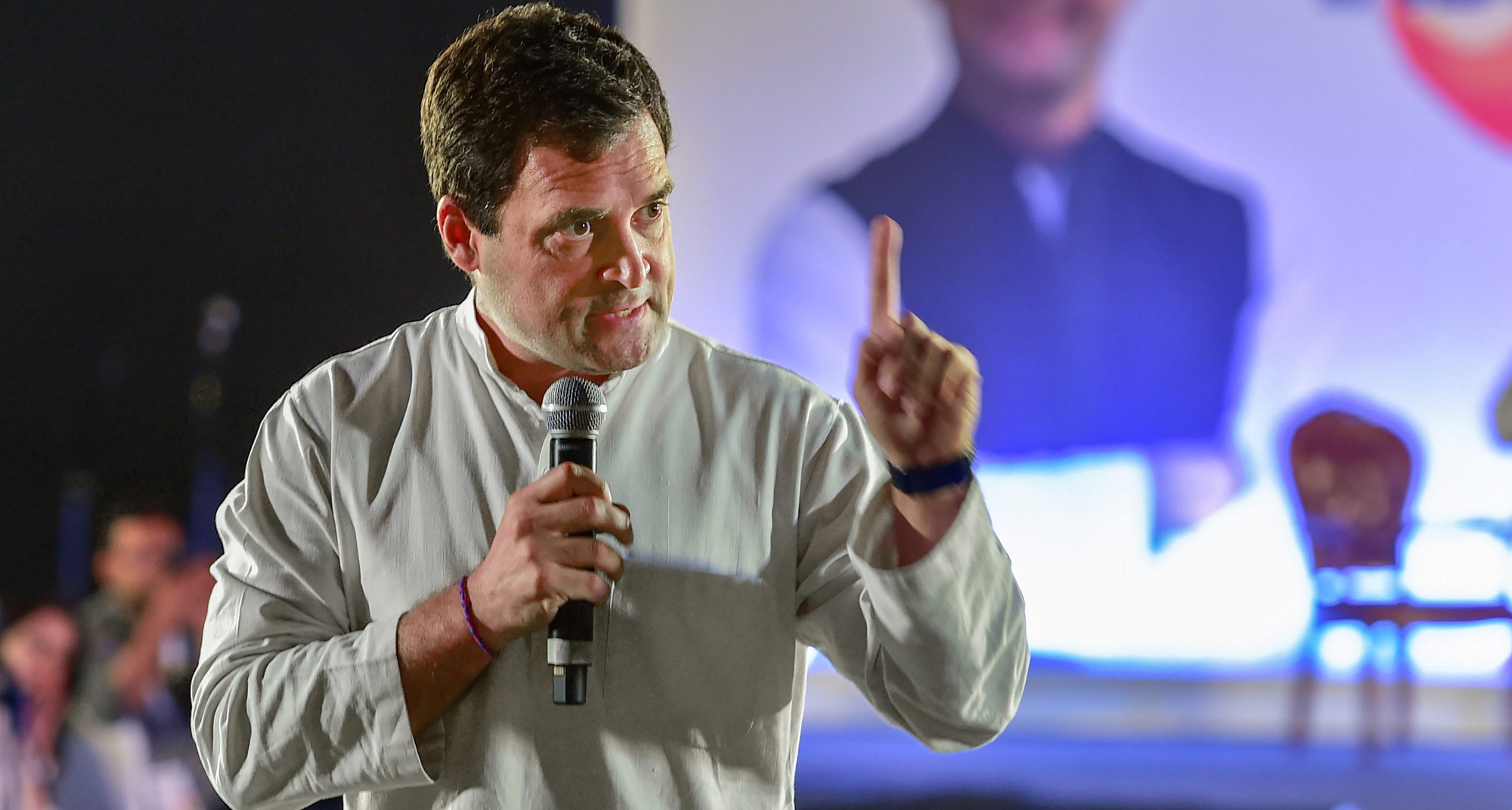 Congress strategists see the BJP’s Main Bhi Chowkidar campaign as a self-defeating panic reaction that highlights the mess in the country and the government’s failure to address the real concerns of the people.

“If being a chowkidar (watchman) is the need of the hour, it clearly shows that (the menace of) theft has acquired an abnormal dimension,” a senior Congress politician who is closely associated with election management told The Telegraph.

“Narendra Modi was Prime Minister for five years and he was talking about all sorts of things, from cleanliness to the ‘fastest-growing economy’. If, suddenly, the chowkidar becomes the theme song, something unpleasant must have happened.”

He added: “We are grateful to Modiji for opening this window…. We welcome him to debate the chowkidar issue, which can happen only in the context of ‘chori’ (theft).

“You don’t dramatically hype up the need for chowkidars if there is peace and chori hasn’t reached alarming proportions. We will tell the world how grave the threat of theft is.”

On Monday, Rahul Gandhi had alleged that Modi was suddenly trying to “make the whole country chowkidar” because he had been caught stealing.

Modi, who styles himself a chowkidar against corruption, had on Saturday started the Main Bhi Chowkidar (I am a watchman too) campaign, urging people to declare themselves chowkidars like him.

The idea is apparently to counter Rahul’s “Chowkidar chor hai (The watchman is a thief)” slogan, which reflects the Congress charge of corruption against Modi in the context of the Rafale deal.

Congress communications chief Randeep Surjewala on Tuesday quipped that Modi was trying to involve the entire country in chowkidari because of widespread theft, which had exposed his failure as a chowkidar.

He said the latest campaign betrayed panic and desperation, arising out of Modi’s inability to answer questions about accountability and complicity in connection with several instances of theft.

“When Modi got exposed — as the entire nation was singing ‘Chowkidar chor hai’ in (the context of) the Rafale deal, he needed to twist the discourse to mislead the people,” Surjewala said.

“As all flop brands change labels, Modi got chowkidar prefixed to the names of his ministers and supporters. But everybody knows which chowkidar was the thief — the one who stole money in the Rafale deal, allowed (bank-fraud accused) Vijay Mallya, Nirav Modi, Mehulbhai (Choksi) to escape with thousands of crores….”

Surjewala extended the chowkidar theme to issues such as the demonetisation, the job crisis, farmers’ woes and the atrocities on Dalits.

“Only that chowkidar is a chor who stole jobs from the youth, facilitated the loot of money by ordering the demonetisation, didn’t give adequate prices to farmers, allowed the self-respect of Dalits and women to be trampled on. Now he wants to drag others into the net he is caught in, but the people know — Poorey desh mein shor hai, ek hi chowkidar chor hai (The cry across the country is that only one watchman is a thief).”

Initially, some Congress leaders had preferred to ignore Modi’s latest tactic despite finding the Main Bhi Chowkidar campaign vulgar. They thought that no campaign built on a false foundation could survive.

“We thought, why confront him if he is making a mockery of himself, his entire cabinet and his supporters? The entire world will wonder what is happening in India that the government wants chowkidars all over,” a Congress insider said.

“The move attracted ridicule on social media and a counter-narrative gained momentum on its own. Then we intervened, making sure that the absurdity of the campaign is clear to everyone in every corner of India.”

He added: “No slogan can click without substance or logic. The country has seen this government weaken the legal framework to fight corruption, dilute the RTI, block investigations into scams, go to the court to prevent probes. The people also saw how the CBI chief was removed in the middle of the night. If Modi wants to play on his weak point, good luck to him.”

Rahul too referred to the subject during an interaction with young entrepreneurs in Karnataka.

“If there was nothing to hide (on Rafale), why did the Prime Minister not accept a joint parliamentary committee probe?” he said.

“The documents available in the public domain, including the note by the Indian Negotiating Team which suggested the PMO ran a parallel negotiation, (can) become the basis of a probe. Modi and Anil Ambani will go to jail.”

Priyanka Gandhi has tackled the subject in her own way, saying that a chowkidar only works to protect the rich.

P. Chidambaram has tweeted: “Main bhi chowkidhar because the chowkidhar I had appointed is missing. I am told he has gone looking for achhe din (good days, a dig at Modi’s 2014 slogan).”

Surjewala cited Modi’s slogans since 2014 — from black money, achchhe din and “New India” to the doubling of farmers’ incomes and inclusive growth — and wondered at the sudden switch to a chowkidar campaign. The Congress believes that the campaign highlights that the promises made in 2014 were not fulfilled.

Surjewala argued that the Congress brand was born out of the freedom struggle and was connected to India’s civilisational ethos, and therefore never needed re-branding.