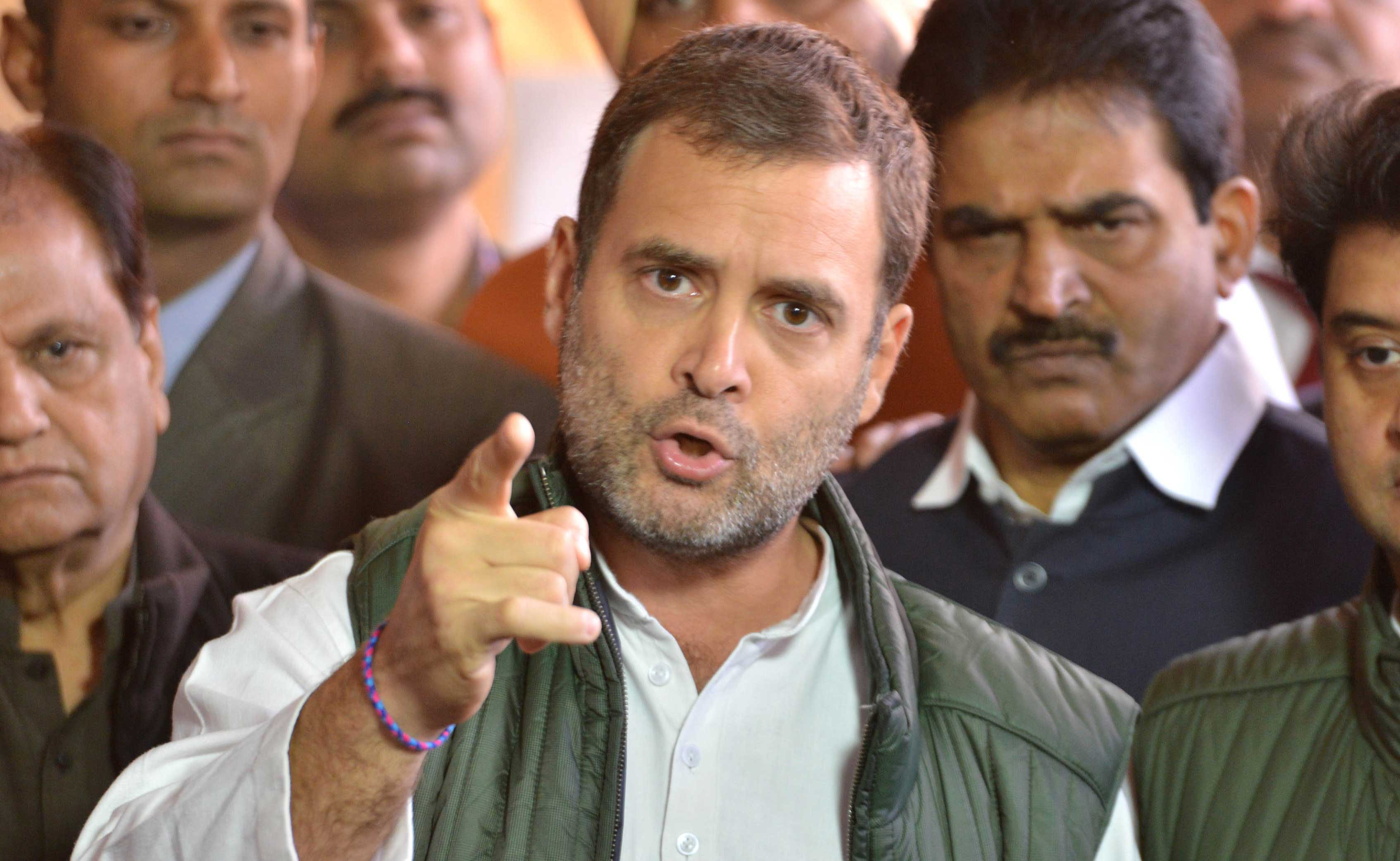 The Congress has dismissed defence minister Nirmala Sitharaman’s justification of the purchase of 36 Rafale fighter jets as “lies” to protect Prime Minister Narendra Modi and instructed the party machinery to intensify its agitation across the country.

Top Congress sources told The Telegraph that the government was mistaken if it expected a closure of the Rafale controversy with the parliamentary debate as the defence minister had not answered specific questions and tried to hide behind a smokescreen of emotional rhetoric woven around national security and personal honour.

“Questions remain unanswered and Rafale will definitely dominate the political discourse in the parliamentary elections,” a Congress general secretary said.

Congress president Rahul Gandhi has asked party leaders to scale up the campaign and spread the word across the country that the government wasn’t answering specific questions on pricing and procedures.

While Rahul is expected to spell out his course of action at a rally in Jaipur on January 9, his tweet on Saturday morning indicated his plans: “RM (raksha mantri) spoke for 2 hours in Parliament, but she couldn’t answer the 2 simple questions I asked her. Watch & SHARE this video. Let every Indian ask the PM & his ministers these questions.”

The video showed Rahul asking the two questions, labelling them as “Question 1” and “Question 2”, and each followed by flashes of a solemn Sitharaman sitting in silence and sipping water as “Response”.

The Congress chief’s two questions were: “Who gave Anil Ambani the offset contract? Did the defence ministry object to the new deal?”

The Congress also ran a social media campaign with the hashtag 2SawalDoJawab and asked all its senior leaders to tweet the two questions.

He took a dig at Sitharaman’s prediction that the Rafale deal would bring Modi back to power and her assertion that Bofors sank the Congress.

“In Bofors, the court gave a clean chit to the Congress. In Rafale, will the people reward Modi for preventing an investigation, filing a wrong affidavit and misleading the Supreme Court, hiding facts, not answering specific queries? I don’t see how they will come out of this vortex,” Khera said.

He added: “The country has seen how ministers are lying daily to protect the Prime Minister. Initially they said Ambani was given the offset contract because he had land. Hindustan Aeronautics Ltd (HAL) also had land. HAL had decades of experience in making aircraft. What special qualification Anil Ambani has that won him the contract? We know that but the defence minister should have answered that question.”

Congress leaders pointed out three specific “lies” that Sitharaman allegedly uttered in the Lok Sabha on Friday. One, there was no agreement with HAL; two, the government doesn’t know of the offset partners chosen by (Rafale-maker) Dassault Aviation; and three, the cost negotiated by the UPA was of the basic aircraft, without weapons and associated systems.

Surjewala made public a copy of the proposal to buttress his claim.

On the deal with HAL, Surjewala tweeted: “The defence minister must know that even the Modi government’s foreign secretary knew about the ongoing negotiations with Dassault Aviation and HAL. 48 hours before Modi signed the deal in France on April 10, 2015; his foreign secretary confirmed the same. Then why did he backstab HAL?”

He shared a tweet from the official handle of Dassault Aviation, uploaded on March 13, 2014, confirming the work-share agreement with HAL.

On the choice of Ambani’s firm as the offset partner, the Congress recalled the visit of French defence minister Florence Parly on October 27-28, 2017, when she met both Modi and Sitharaman in Delhi.

The Congress also referred to reports suggesting that HAL had borrowed Rs 1,000 crore to pay salary to its staff and wondered why the company was facing such a crisis considering Sitharaman’s claim that the government had awarded it projects worth Rs 1 lakh crore.

Veteran leader Ahmed Patel tweeted: “HAL is borrowing Rs 1000 cr because it can’t even pay salaries? Not just HAL; be it ONGC, LIC, HPCL, GSPC or any other PSU, this government has squandered their assets to favour a select few.”

That the Rafale fight is destined to get more bitter was manifested in the decision of the Goa Congress to write to President Ram Nath Kovind seeking enhanced security for chief minister and former defence minister Manohar Parrikar.

“There may be attempts on his life to obtain files from those who want that details of Rafale deal should not come in public domain as corruption in the deal will be proved,” the letter said.

The Congress has circulated an audio recording where a purported Goa government minister claims that documents related to the Rafale deal were in Parrikar’s bedroom.