Congress, which hit rock bottom in the 2014 election, is keen to offer a better deal than the “achchhe din” (good days) promised by Narendra Modi during that campaign 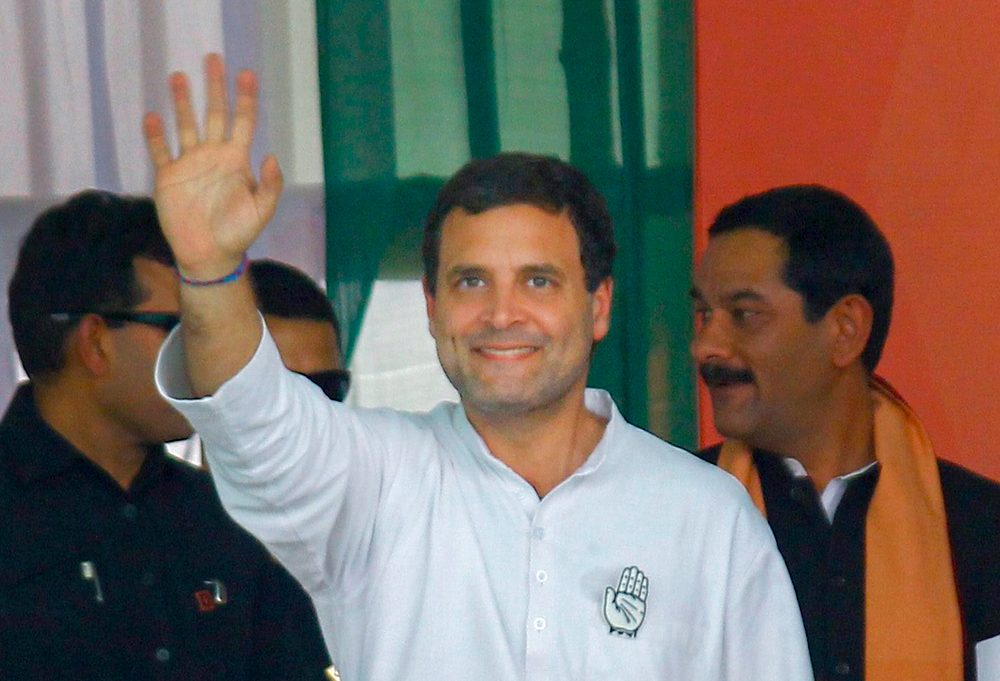 The Congress will promise a “right to health care” in its 2019 manifesto, adding to the rights-based laws enacted under the Manmohan Singh government that were milestones in the history of public welfare in India.

“Three things we are considering for our manifesto,” party president Rahul Gandhi said while interacting with health-care professionals in Chhattisgarh on Friday.

“A right to health care, which will guarantee a certain minimum health care to all Indians; increasing the expenditure on health to 3 per cent of the GDP; and training doctors and health-care professionals.”

In Delhi, a member of the manifesto committee said: “Health is a top priority for Rahul Gandhi. He had told us that something big should be done to tackle this problem.”

The member added: “We had thought of universal health care during UPA rule too but couldn’t do it. Rahulji has already told Congress-ruled states to move in that direction. The right to health care will be a key feature of our manifesto.”

The Congress, which hit rock bottom in the 2014 general election, is keen to offer a better deal than the “achchhe din” (good days) promised by Narendra Modi during that campaign.

It has already unveiled several initiatives that the manifesto will promise, such as a minimum income guarantee and a 33 per cent reservation for women in government jobs.

Rahul on Friday said that the Modi government’s Ayushman Bharat programme for 10 crore poor households, which promises to pay up to Rs 5 lakh a year per household for hospitalisation, was not good enough.

“It is a limited scheme, targeting only a small section (40 per cent) of the population. It is a handout to the 15-20 richest businessmen of India,” he said.

“We are not going to do it that way. Private players have a role to play but the foundation has to be laid by the government.”

The Modi government had launched the Pradhan Mantri Jan Aarogya Yojana, popularly called Ayushman Bharat, last September. Public health experts and health economists have highlighted that it does not cover the cost of outpatient services, diagnostics and medicines — the biggest sources of patient expenditures.

Rahul said that health-care professionals would work out an effective model for the right to health care.

“India is transitioning from rural to urban systems. This is a massive transition and is traumatic. Any government will have to do three things to protect its citizens,” he said.

“One, fix the job problem. Two, (provide) low-cost, high-quality education to people. Three, ensure they are protected as far as health care is concerned.”

He added: “The biggest cause (behind people) falling back into poverty is (the expenses of) health care. Everybody knows this; this has been said numerous times. Health care is, in a sense, the foundation.

“We are going to dramatically increase the expenditure on education and health care. But we are not going to (invest) the money in ways that allow a limited number of people to make massive amounts of money.”

Rahul said the country lacked the infrastructure and network needed for programmes like Ayushman Bharat. He stressed the need to build the government’s capacity to deliver welfare.