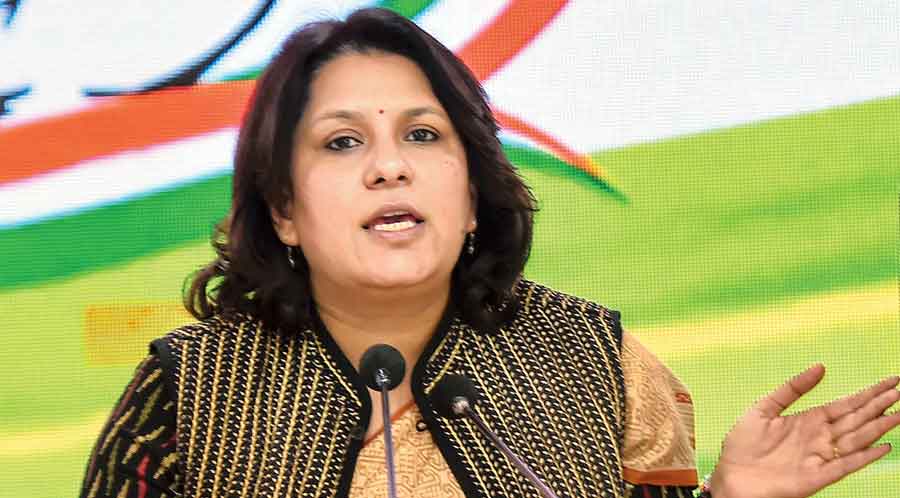 The Congress on Sunday, demanded the resignation of Delhi Excise Minister Manish Sisodia in the light of CBI raids against him, saying the issue at hand was the liquor policy and the ruling Aam Aadmi Party should stop "hiding behind" the education policy debate.

The Congress also alleged the BJP's complicity in the matter, claiming a blacklisted Madhya Pradesh company which was allotted liquor vends in Delhi was a "major donor" to the BJP, which had "admitted to such donations" in its disclosures to the Election Commission.

"The company in question has not been mentioned in the CBI FIR on the issue. We want to know why?" asked Delhi Congress President Anil Choudhary, demanding the resignation of both Sosodia and his cabinet colleague Satyendra Jain, who has been arrested by the Enforcement Directorate.

Addressing a press conference here, Congress spokesperson Supriya Shrinate said, "The AAP should stop hiding behind the education policy debate. The fundamental issue here is the liquor policy and how Delhi has been converted into the liquor capital of the country."

She said probe agencies had been "misused by the BJP to such an extent that even their right action, as in the case of liquor scam, looks suspect".

The Congress leader asked what BJP leaders were doing when people in Delhi were dying for the want of medical oxygen at the height of the second Covid wave. "The AAP was busy framing a new excise policy," she alleged.

Said Choudhary, "Why were eight BJP MLAs, seven BJP MPs, three mayors silent? It was the Congress that was protesting on the streets against making Delhi a liquor capital from a city of flyovers which it had come to be known as during the term of late chief minister Sheila Dikshit."

Delhi Congress leader Alka Lamba asked why AAP supporters were not protesting in solidarity with Manish Sisodia and Satyendra Jain if they were clean.

"The fact is they are corrupt. We want to ask how they are still in Delhi cabinet. We seek their resignations," said Lamba.

Choudhary also demanded a CBI probe into the role of the Madhya Pradesh-based distillery, accusing the BJP of shielding the said blacklisted firm as it was among its major donors.

Choudhary also said the AAP which had gone to Punjab to rid it of drugs had ended up spreading the business of liquor all over Delhi.