Congress points to demonetisation minutes of RBI meeting, says ‘told you so’ 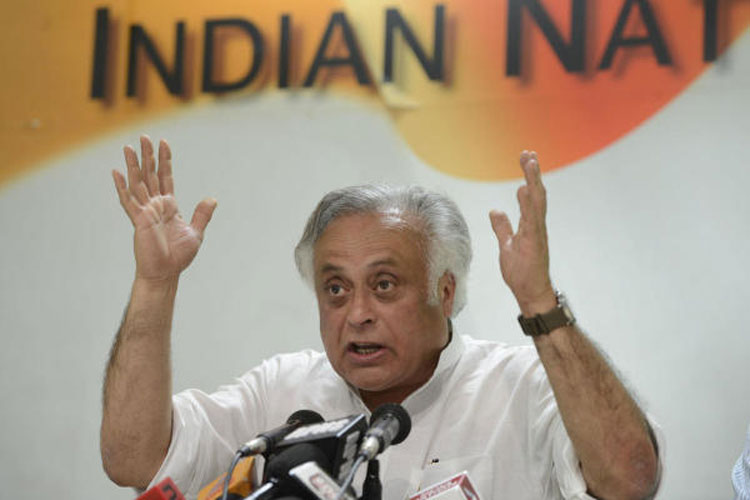 The Reserve Bank of India’s central board of directors had in November 2016 disagreed that the demonetisation would achieve the government’s stated objectives but approved the move “in public interest”, the Congress said on Monday citing an RTI reply.

Reports said that at least 105 people died standing in the queues before banks and ATM kiosks as 86 per cent (by value) of the notes in circulation became useless paper overnight. Many businesses and industries have failed to recover even two years after what the Congress on Monday described as a “lunatic idea”.

Senior Congress politician Jairam Ramesh released the minutes of the RBI board meeting of November 8, 2016, the day Prime Minister Narendra Modi announced the note withdrawal, obtained through an RTI application.

“The reply to the RTI query, which should have come in a month or two, has come after 26 months. Probably officials are beginning to muster courage as the Modi government is now sitting in the departure lounge. Many more documents will soon come out in the public domain to expose the truth about this government,” Ramesh said.

“It’s now confirmed that the RBI was brought under pressure. This was always speculated but now the official RBI document confirms it. The then RBI governor, Urjit Patel, appeared thrice before parliamentary committees but what transpired at the board meeting on that day had not been revealed.

“Now the RTI, which is being diluted by this government, has exposed the truth about the Tughlaqi firman (capricious diktat), (which is) that the RBI was merely used at the last minute to give a fig leaf of respectability to the Prime Minister’s decision.”

While the claim of containing terrorism comes under stress after the Pulwama attack, the RBI board rejected the other reasons and chose to put its objections down in writing.

The minutes say: “Most of the black money is held not in the form of cash but in the form of real-sector assets such as gold or real estate and that this move would not have a material impact on those assets.”

But the government brushed the objection aside and launched a propaganda campaign claiming the demonetisation had struck a decisive blow to corruption and black money.

In August 2017, the central bank revealed that currency worth Rs 15.28 lakh crore — that is, 99 per cent of the Rs 15.44 lakh crore withdrawn — had returned to the banking system, shredding the argument about curbing black money.

The minutes further say: “While any incidence of counterfeiting is a concern, Rs 400 crore as a percentage of the total quantum of currency in the country is not very significant.”

This is what former Prime Minister Manmohan Singh and other Opposition leaders, as well as economists too, had said, evoking criticism and ridicule from the Prime Minister and the government. The RBI, however, had stayed aloof during those days of fierce debate on the demonetisation’s merits.

“The white paper on black money prepared by the department of revenue, Government of India, mentions that cash has always been a facilitator of black money since transactions made in cash do not leave any audit trail.”

Although the government had pegged the volume of counterfeit currency at around Rs 400 crore, the minutes say: “The growth rate of economy mentioned is the real rate while the growth in currency in circulation is nominal. Adjusted for inflation, the difference may not be so stark. Hence this argument does not adequately support the recommendation.”

The minutes add: “It (the demonetisation) is a commendable measure but will have (a) short-term negative effect on the GDP for the current year. (The) exemption provided to medical stores can be extended to private medical stores as well.

“Arriving domestic long-distance travellers who may be only carrying high-denomination notes will be taken by surprise at railway stations/ airports for payment to taxi drivers and porter charges and hence put to hardship. It would also have (an) adverse effect on tourists.”

After airing all these objections and doubts, the board okayed the decision. The minutes say: “The board considered the memorandum and after detailed deliberations concluded that in public interest, the balance of advantage would lie in (the) withdrawal of (the) legal tender status of Rs 500 and Rs 1,000 currency notes currently in circulation.”

Somewhat surprisingly, the minutes add: “The board was assured that the matter has been under discussion between the central government and RBI over the six months during which most of these issues have been considered.”

The minutes say the board was assured that the government would take mitigating measures to contain the use of cash. However, reports say there is more cash in circulation now, demolishing even this stated objective of the government.

Ramesh said the country was still reeling under the cosh of the note recall. “This economically disastrous idea had no rationale, no logic. No economist can support this. This was a scam and a giant money-laundering scheme,” he said.

“The Congress will definitely probe all the aspects if it comes to power, apart from restoring the autonomy and professional judgment of the RBI.”

Ramesh demurred when asked whether the Reserve Bank had shown weakness or a lack of integrity by failing to voice its concerns publicly at the time.

“I won’t say ‘weakness’. They showed the guts (to put) their objections (down) in writing,” he said. “The decision was done by putting a gun to the head.”